At a psychiatric hospital in Michigan, Dr. Cara Poland’s patients were handed a sheet of paper to find follow-up care. The hospital had entered local ZIP codes on a website — run by the nation’s top substance use and mental health agency — and printed the resulting list of providers for patients to call.

But her patients who tried to use it often hit a wall, Poland said. They’d call a number only to find it disconnected, or they’d learn that a facility wasn’t accepting new patients, or that the clinician had retired or moved.

“It’s scary, because if you go to use the site, it’s got invalid information,” said Poland, an addiction-medicine doctor who is now an assistant professor in women’s health at Michigan State University. “People give up if they can’t find treatment. And we risk losing a life.”

The website, FindTreatment.gov, was launched by the Substance Abuse and Mental Health Services Administration in 2019 to help hundreds of thousands of Americans affected by addiction answer a crucial question: Where can I get treatment? It is a directory of more than 13,000 state-licensed treatment facilities, including information on what types of services are offered, which insurance plans are accepted, and what ages are served.

Clinicians, researchers, and patient advocates welcomed the repository as a critical first step to overcoming the fragmented addiction treatment landscape and centralizing information for patients. Most considered it a safer alternative to Googling “addiction treatment near me” and turning up potentially predatory marketers.

However, the same proponents say FindTreatment.gov and SAMHSA’s other treatment locators have critical flaws — inaccurate and outdated information, a lack of filtering options, and little guidance on how to identify high-quality treatment — that are long overdue for attention.

“It’s being treated as a gold-standard tool, but it’s not,” Poland said.

With overdose deaths reaching record highs, “we need FindTreatment.gov to be better,” said Jonathan Stoltman, director of the Opioid Policy Institute in Michigan.

FindTreatment.gov is the first link that comes up on Google searches for rehab, he said. According to SAMHSA, a branch of the U.S. Department of Health and Human Services, it receives nearly 300,000 page views a month. It’s the tool many state and local helplines use when trying to connect someone to treatment.

“It’s crucial to get this right,” Stoltman said.

SAMHSA spokesperson Christopher Garrett said in a statement that the agency “endeavors to keep the [tools] current.” If SAMHSA is informed of outdated information — such as an incorrect address, telephone number, or type of service offered — “we act upon that information,” he wrote. Such updates are made weekly.

Bradley Stein, director of the Rand Opioid Policy Center, said improving the treatment locator would be helpful, but some of the criticism reflects more complex underlying issues — like the shortage of providers — that SAMHSA alone cannot solve.

“There’s going to be a limit to its value if everywhere basically has a waiting list,” Stein said.

But others say fixing the flaws is central to the nation’s response to addiction.

“It’s time to stop analyzing the opioid epidemic, ” said Dr. Babak Tofighi, an internist at NYU Langone Health who studies how technology can increase access to treatment for substance use disorders. Instead, he said, funding needs to go toward meeting treatment demand.

He said treatment locators not only need to maintain accurate information, but also should alter their models to allow people to do everything in one place: learn about addiction, research treatment providers, and enroll in care seamlessly.

Even small movement in that direction could make a big difference, said Hendrée Jones, executive director of the University of North Carolina’s Horizons substance use treatment program for women and their children. SAMHSA collects data on which facilities serve pregnant and postpartum patients, she said, yet FindTreatment.gov doesn’t allow users to filter by those categories. Changing that could benefit some of the patients who struggle most to find care.

Perhaps the biggest improvement clinicians and public health experts want to see on FindTreatment.gov is an indicator of a facility’s quality. Currently, users can filter by type of treatment — detox, inpatient, outpatient — and whether a facility offers medications for opioid use disorder. But the site does not indicate which types of care are more likely to be successful — even though the federal government funds research on that subject. SAMHSA has a minimal vetting process for the facilities displayed, requiring only that they complete a survey and be licensed in their state.

Researchers and public health experts say this can lead patients to spend thousands of dollars on ineffective treatment or even predatory facilities. A study published last year found that hundreds of residential programs on SAMHSA’s websites were admitting people for costly treatment — sometimes encouraging them to go into debt — without assessing whether they really needed that level of care.

Frank Greenagel, a clinical social worker in New Jersey who specializes in addiction treatment, said relying on state licensure is misguided because many state agencies check only a facility’s paperwork, which can list counseling or other services even if they were never actually provided.

Garrett, the SAMHSA spokesperson, said in the statement to KHN that the agency trusts state health departments and other accrediting bodies to address subpar facilities. The statement also said decisions about treatment should ideally be made between patients and their physicians.

Other private and public treatment locator tools have popped up to fill in some of the gaps on FindTreatment.gov, though experts say they have their own shortcomings.

The nonprofit Shatterproof developed an online resource called ATLAS, which measures facility quality. The website, which currently provides information on six states, includes patient reviews and asks providers to report whether they meet certain “signs of high-quality care,” such as offering same-day appointments, providing medications for opioid use disorder, and offering individual counseling.

In four of those states, Shatterproof uses insurance claims data to track how often facilities implement best practices, said Shannon Biello, vice president of treatment quality and strategy for ATLAS. Although that data is not visible publicly, facilities can access it privately and see how they compare with others in their state.

Patient advocates hope the platform will guide people to more effective care and encourage facilities to improve their practices. But they also worry about the organization’s ability to go national and sustain a multimillion-dollar project.

In Ohio, one family took on the job of creating a treatment locator for the state. 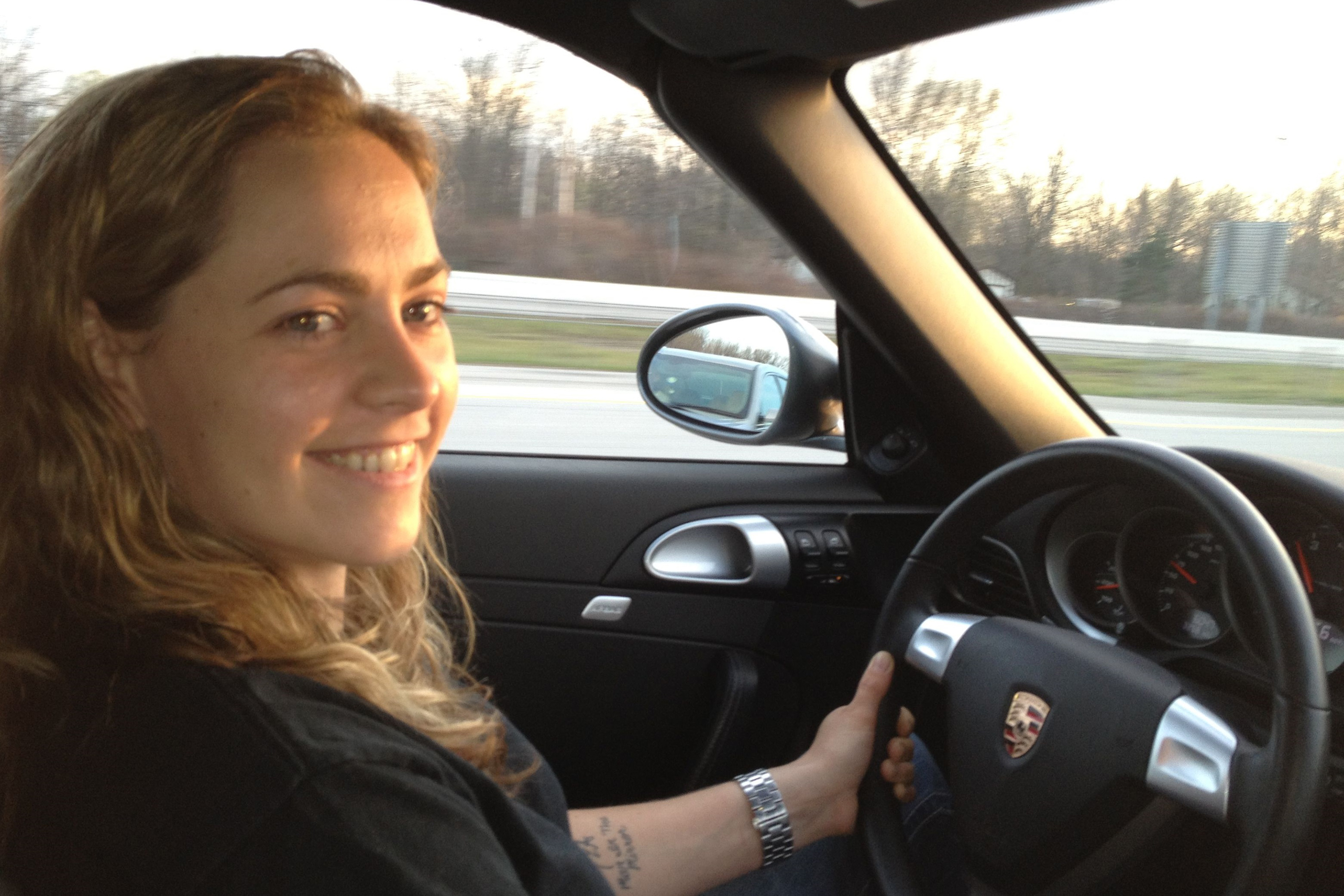 Bill Ayars lost his 28-year-old daughter, Jennifer, to a drug overdose in 2016. At the time, FindTreatment.gov didn’t exist. Ayars simply had a notebook in which the family had written names of facilities they’d called to get Jennifer help. He wanted to give other families a better place to start.

In 2017, along with his then-fiancée, younger daughter, and a few hired staff members, Ayars launched a treatment locator site. It eventually listed 1,200 addiction treatment providers across Ohio and garnered more than 200,000 visitors. It was featured on the state mental health and addiction agency’s website, printed on the discharge papers of a major hospital system, and listed on flyers distributed by syringe service programs.

“We felt very good that we filled a gap,” said Ayars, of Cleveland.

But it was a significant lift. Ayars’ fiancée and staffers often spent 12 hours a day calling facilities and updating their information every six months. The project cost more than $100,000 a year, he said.

So when SAMHSA launched FindTreatment.gov, Ayars retired the site his team had built and directed visitors to the national resource instead.

It’s for families like Ayars’ that it’s crucial to improve FindTreatment.gov, experts say.

“People who are seeking help deserve to find immediate help,” said Jones in North Carolina. “Having a national treatment locator that is up to date and easily searchable is a first step in that recovery journey.”