The challenges of gay fathers, going it alone

As unpredictable as the medical prospect of surrogacy may be, some gay men prefer that to the possibility of facing discrimination in adoption, write Avichai Scher and Sara Naomi Lewkowicz.

NEW YORK — Julius Ybañez Towers was taking a walk around the Harlem Meer in Central Park with his twin 10-month-old sons and two dogs. A woman stopped to compliment him for giving his wife a break.

“There’s no wife,” he told the woman. “I’m a single gay dad from surrogacy.” He smiled at the confused look on her face.

Towers, 40, is still rare, but he is part of a growing movement. Surrogacy agencies across the country report a surge of interest from single gay men in the past few years.

Shelly Marsh, a spokeswoman for Men Having Babies, a nonprofit that helps gay men navigate the surrogacy process, said that the increase in interest from single men is part of a broader surge in gay families.

“Our volume has increased substantially over the last few years,” Marsh said. “But more so, single men are learning that they do not need to wait to find someone to fulfill the dream of having a biological child.”

Most single gay men pursue what is known as gestational surrogacy: the surrogate is implanted with a fertilized embryo taken from a separate egg donor. The surrogate is not genetically related to the child. She also has no maternal rights, so intended parents are legally protected from her keeping the baby.

For that legal protection however, the birth must happen in a state where it’s legal to pay a surrogate and that recognizes the contract. New Jersey recently approved compensation for surrogates; Washington state announced it would do so in January. New York, along with Michigan and Louisiana, are the only states where it remains illegal to pay a woman to be a surrogate mother.

Where it is legal, the total cost of the procedure — from paying the agencies, the donor, the doctors, the surrogate and the birth — can be anywhere from $80,000 to $200,000. None of this is covered by insurance.

But for Towers, having biological children was a long-held dream that he was willing to work toward.

He grew up in what he called a humble home in Palm Bay, Florida, where he said he was bullied at school. “Growing up gay in a homophobic town, and in tough financial times, it was hard to see how I’d have my own kids,” he said.

His parents strung together several low-wage jobs, and he’s the first in his family to earn a bachelor’s degree. He put himself through law school at the University of Pennsylvania. He was a corporate attorney in Manhattan for 15 years and is pursuing a master’s in public health at Columbia University.

Gradually, after the death of his mother, a failed relationship and two dog adoptions, he realized that he was ready to take on fatherhood, even by himself.

“I wanted to have children more than I wanted a partner,” Towers said. He viewed being single as a positive because he alone would control the decisions about surrogacy and parenting. Yet control was still an illusion.

Because it is illegal to pay a surrogate in New York, Towers’ quest to become a father began all the way across the country. Through an agency in Portland, Oregon, Northwest Surrogacy Center, he found a woman there who was willing to carry a fertilized embryo. The embryo itself was made with the eggs of an anonymous donor from an agency based in California. These eggs (which, according to the agency, came from an astrophysicist) were fertilized at Oregon Reproductive Medicine, a clinic in Portland.

After a failed transfer of a single embryo, Towers and his surrogate decided to transfer two embryos in hopes that at least one would take. They knew it could mean twins.

“I realized I couldn’t control everything,” Towers said. “I left it to fate at that point.”

Nine months later, he traveled to Portland for the surrogate’s scheduled C-section and held his sons, Asher and Galen, for the first time. Asher had a short stay in the intensive care unit, so Towers stayed in Oregon for three more weeks, until the twins were ready for the long flight home to New York. 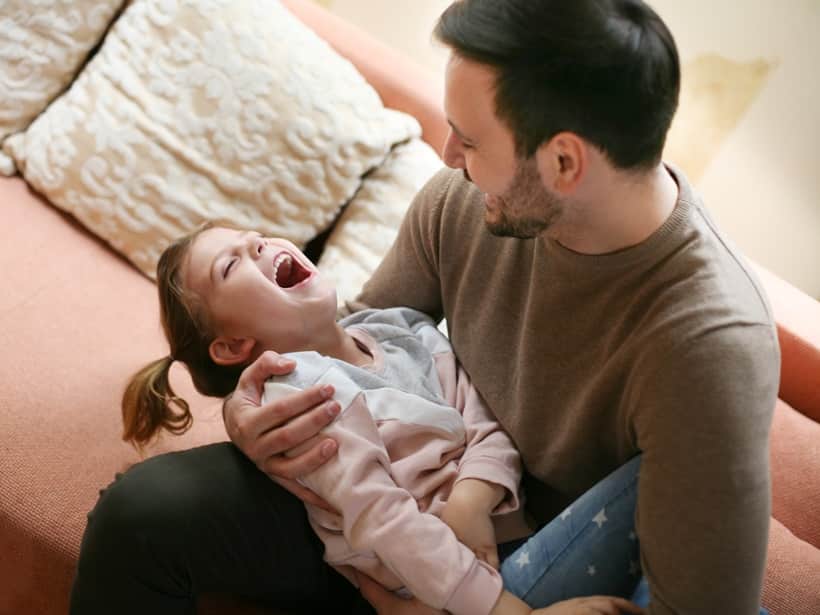 As unpredictable as the medical prospect of surrogacy may be, some gay men prefer that to the possibility of facing discrimination in adoption.

Dennis Williams had his son, Elan, via surrogacy four years ago. Williams, who is 46 and black, said he chose surrogacy because the prospect of persuading a woman to allow him to adopt was daunting. “As a single, gay black man,” he said, “I figured I’d be at the bottom of the list for most women.”

Williams and his former partner had a failed egg donation from a woman they met through a friend. After he and his partner broke up, Williams still wanted to be a father. The donor, a black lesbian who didn’t plan on having children, agreed to try again for Williams.

Once he became a father, Williams said, he felt as if he finally fit in with his big family in Kansas, where he grew up. “I was no longer an anomaly to them,” he said. “Once I had a son, it drew me closer to the tribe.”

For Towers, the race of his twin sons was more difficult to control. Both his parents are mixed race: his mother half-Filipina, and his father part Native American. He hoped to find a multiracial egg donor, but most of the donors, he found, were white.

“Some accused me of whitewashing my kids’ skin,” Towers said. “In the end, I don’t care about skin color. I’ll just have to work harder to make them understand their multiracial roots.”

One son, Asher, has the blond hair and blue eyes of the donor, while the other, Galen, has the dark brown hair and complexion of his father.

During the surrogate’s pregnancy, Towers enrolled in a twins class, did a daddy boot camp and took a baby-dog home-integration class. Even though he has a nanny seven days a week, he is on his own nights and mornings. Like any new parent of twins, he’s overwhelmed at times.

“I don’t like the feeling that I can’t do it all on my own, but sometimes I need help, even with a nanny,” he said. “Because I signed up to be a single father of twins, some people tell me I can’t complain. It contributes to the feeling I’m alone in the wilderness.”

The little moments keep him going.

After the walk around the Harlem Meer, Towers, with the help of the nanny, returned home and put the boys in their cribs.

He leaned in to kiss each of his sons on the forehead. “Daddy loves you,” he whispered.

As the boys drifted to sleep, he exhaled and stood watching them. He mentioned that he just renewed another year of storage for his remaining frozen embryos. Through a genetic screening test, he knows one embryo is female.

“Who knows?” he said. “One day, when the boys are out of diapers, maybe I’ll have a little girl.”