LOL! Why Princess Charlotte Stuck Her Tongue Out at Kate, William's Race

Playful with a purpose! When Princess Charlotte stuck her tongue out at Duchess Kate and Prince William’s charity sailing race earlier this month, she had a certain someone in mind.

The Duchess of Cambridge, 37, encouraged the 4-year-old to wave to the crowd at the King’s Cup Regatta, pointing out a familiar face in the front — her dad, Michael Middleton — according to Hello. When Charlotte spotted her grandpa, she leaned forward and stuck out her tongue. Her mom laughed at her silly antics and led her away from the windows. 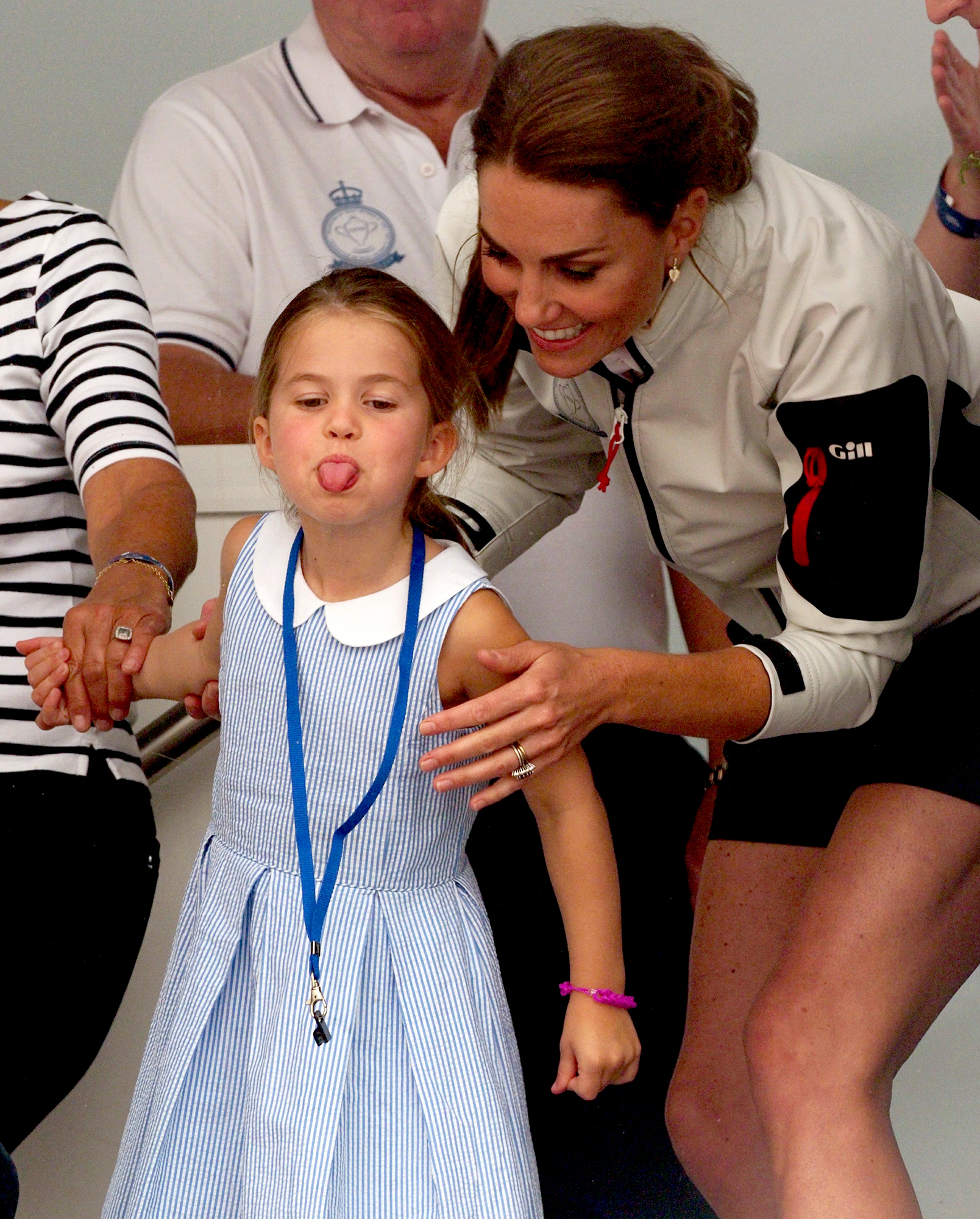 That wasn’t the first time Charlotte made headlines for making a funny face. While attending Prince Harry and Duchess Meghan’s May 2018 wedding, she channeled her uncle by poking her tongue out from the back seat of a car outside St George’s Chapel at Windsor Castle.

The Duke of Sussex, 34, did the same thing in 1988 when he was taken to the hospital to visit his infant cousin, Princess Beatrice of York. Not only did he stick his tongue out from the back seat of a red car at the time, but he did the same thing while headed to a nativity play with his mom, Princess Diana. She pulled him away from the car window the second time around and stuck her son on her lap.

The former military pilot welcomed a baby boy of his own in May when the Duchess of Sussex, 38, gave birth to Archie Harrison Mountbatten-Windsor.

The new dad gushed about his son to reporters the day the newborn arrived, saying, “This has been the most amazing experience I could possibly imagine. How any woman does what they do is beyond comprehension. … This little thing is absolutely to die for, so I’m just over the moon.”