Is timing everything for SIDS risk? 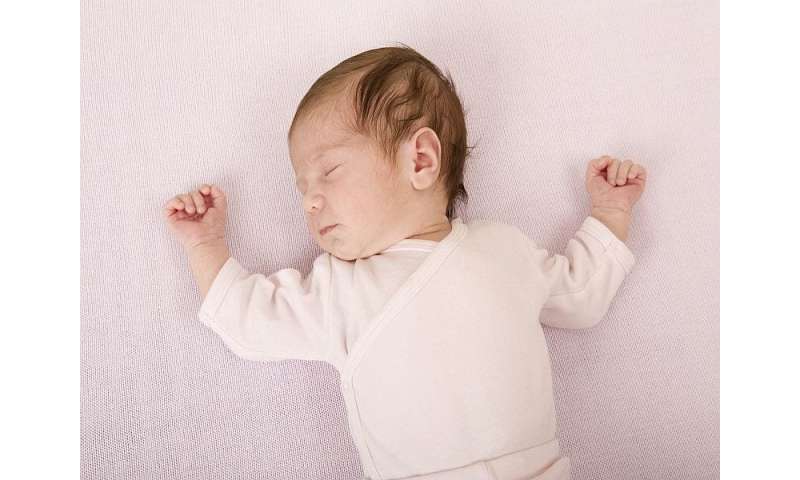 The study identified two unique groups of babies who died from SUID—one who died within a week of birth, and another who died later on.

She said the new study found that, “deaths from [infant ages] 0 to 6 days were significantly different from deaths that occurred in the rest of the first year.”

Anderson is a neuroscience postdoctoral fellow at the Center for Integrative Brain Research at Seattle Children’s Research Institute.

She said a lot of the known risks for SIDS—young mothers, unmarried mothers, birth order and birth weight—didn’t seem to be factors for babies who died during the first week of life.

Even maternal smoking—a known SUID risk factor—didn’t seem to be one for babies who died suddenly in the first 48 hours, the study found.

Anderson said that doesn’t mean it’s OK to smoke in pregnancy, though. “Smoking is still the biggest modifiable risk factor for SUID. [In a previous study, the researchers found that] 22% of SUID deaths could be attributed causally to smoking,” she said.

The researchers think their findings support the idea that SUIDs may have separate underlying causes, depending on an infant’s age.

The current study was a collaboration with Microsoft that relied on computer modeling. The model was developed from a database of all births in the United States from 2003 to 2013.

In all, the model included more than 41 million births, and nearly 38,000 sudden unexplained deaths.

“We didn’t go into the study predicting that the first week would be different, [that] these populations shouldn’t be lumped together under SUIDs,” Anderson said. “There are different risk factors and likely different causes of death.”

The findings were published Dec. 9 in the journal Pediatrics.

But Goldstein cautioned against separating unexpected deaths into two groups just yet. He said it’s too soon to say that these are distinct groups with different causes. More research is needed.

Most experts in these sudden, unexplained deaths suspect that the deaths fall along a continuum by age, but that they likely have similar underlying causes or common vulnerabilities.

For example, it’s possible that these infants don’t have the proper autonomic system regulation that would wake them from sleep if they weren’t getting enough air. In one child, such a vulnerability might lead to stillbirth. In another, it could cause sudden, unexpected death at 4 months of age.