When it comes to their 10-year-old daughters, Dolly and Charlie, Jerry O’Connell and Rebecca Romijn consider embarrassing moments “educational” experiences.

“We actually have a pretty old car in our household, and I think it’s important to have your kids dropped off at school in the most embarrassing family car possible,” the X-Men star, 47, told Us Weekly exclusively at the Humane Society of the United States “To the Rescue!” New York 10th Anniversary Gala on Friday, November 15. “Where I’m from, we call it a hooptie.” 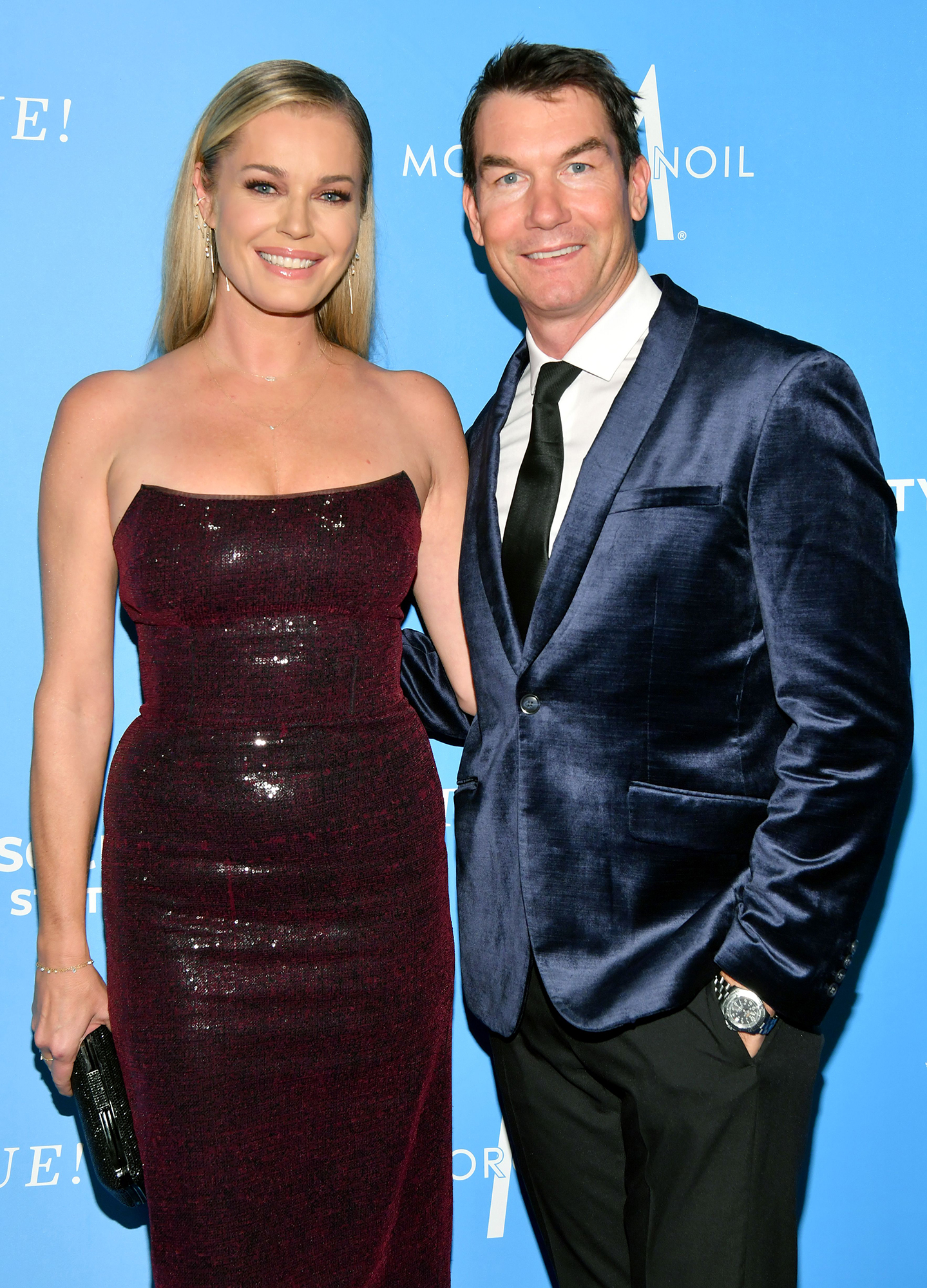 Her husband, 45, explained, “We live in a suburb of Los Angeles called Calabasas where a lot of celebrity families live [and drive expensive cars]. There’s only a couple of malls where we live and you know when a celebrity is there because there’s a couple of Bentleys taking up a few spaces. Whatever is a Bentley, we have the opposite of that car.”

Last month, the actor belted out Prince’s “When Doves Cry” lyrics in the car with Dolly and Charlie as they begged him to stop. “Turn it down,” one cried out in the social media upload, while her sister said, “Dad, we’re next to the high school.”

He and Romijn like to keep their little ones “on their toes,” and the actress has even threatened to drive them to school in her pajamas and “yell at the principal about something.”

The pair, who wed in 2007, welcomed their daughters the following year — and their birth gave O’Connell and Romijn a hilarious reason to stay together.

“The secret … is we had twins and now we’re too afraid to split up because one of us might end up with our kids,” the New York native told Us exclusively earlier this month. “We stay together and not for the kids, so not one of us has to deal with them. We would have a rare anti-custody battle. You know how famous couples go through custody battles and they’re crazy and drag on for years? We would have a very quick [one]. ‘Your honor, I should not have anything to do with these children.’ … They know. This is not a secret.”

With reporting by Nikki Gostin