UTI in kids: While it is mostly believed that UTI occurs only in adults, it has been reported that up to eight per cent of girls and two per cent of boys get UTI by the age of five. 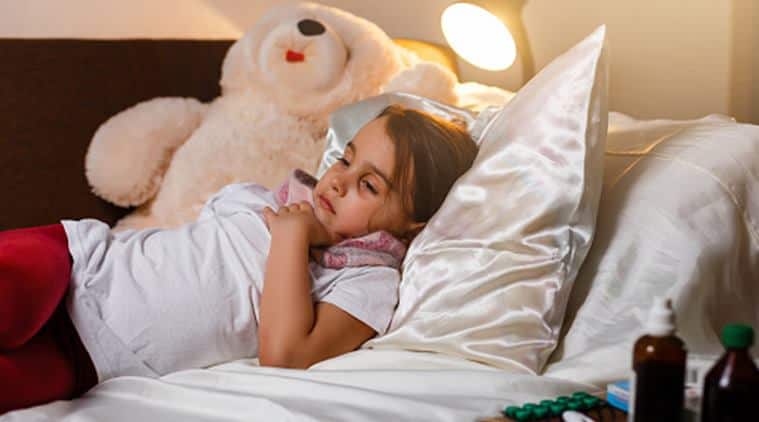 Young children are sensitive which make them more susceptible to a number of infections and health concerns. In the initial years, kids generally tend to catch a lot of bugs, which is why they are prone to common cold and other infections, one among them being urinary tract infection (UTI). While it is mostly believed that UTI occurs only in adults, it has been reported that up to eight per cent of girls and two per cent of boys get UTI by the age of five.

When germs find a way into the urinary tract, infection is caused. In kids, UTI usually occurs when bacteria from their skin or faeces enter the urinary tract and multiply. Girls are more likely to get UTI as their urethra is shorter, which makes it easier for the bacteria from the anus to easily enter the vagina and urethra. In the case of boys, those who are not circumcised have a slightly higher risk of UTIs. Children with a problem called reflux (vesicoureteral reflux or VUR) — when the flow of urine goes the wrong way — are more at risk of infections. At times some children are even born with this problem or other birth defects of the urinary system that lead to reflux.

Children are also likely to get UTI if they already have some problem with their bladder or kidneys. Urine flow tends to block and germs get a chance to multiply due to the narrowing in the urinary tract.

Symptoms of UTI in kids

The symptoms of this infection are hard to notice in younger kids. It is crucial that the child receives adequate treatment on time before the UTI transforms into a more serious kidney infection.

2. Back or side pain

3. An urgent need to pee or frequent peeing

4. Some kids also lose control over their bladder and may wet the bed

5. Drops of blood might also be seen in the urine or the urine is pink

In case of infants, the symptoms include:

1. Burning or pain when your child pees

3. An urgent need to go, and then only peeing a few drops

The bacteria that causes UTI are usually not there in the urinary tract but some of the following things facilitate the entry of the bacteria and their stay:

1. A problem in the urinary tract called vesicoureteral reflux which is mostly present at birth allows urine to flow back up into the ureters and kidneys.

2. Neurological conditions like spinal deformities may make it difficult for the bladder to fill and empty in proper fashion.

3. Birth defects or changes in the structure of the urinary tract.

4. Not enough and frequent urination during the day.

5. After using the bathroom, wiping from back (near the anus) to front in girls can bring bacteria to the opening where the urine is discharged from.

Also Read| Urinary tract infection in pregnancy: How to take care of yourself and the baby

How to prevent UTI in kids

To ensure your kids are not infected, here are some preventive measures to take:

1. Hygiene is the most basic and most essential habit that must be inculcated in the child. Hygiene, both personal (of one’s intimate areas) as well as of the washrooms and surroundings, is important.

2. Parents must make sure that their children are not exposed to unclean washrooms and are well versed with their cleanliness practice.

3. Changing the diapers of the baby regularly is also something that parents should keep in mind to prevent bacteria from growing.

4. Girls must be instructed to wipe from front to back to prevent bacteria in poop from getting into the vagina and urinary tract.

5. Kids should be encouraged to go to the bathroom as soon as they feel the urge and not hold it in.

6. To improve airflow and prevent bacteria from growing, cotton underwear (not nylon ones) are recommended.

7. Kids must be encouraged to drink lots of water which would help flush bacteria out of the urinary tract. Good intake of fibre in the form of vegetables and fruits prevents constipation. Constipation itself is a risk factor in causing UTI.

For all the latest Parenting News, download Indian Express App