We don’t love the term bridezilla, because it makes light of the very real anxiety, stress, and frustration that can come along with planning a wedding. But, then we read a story about a bride who demanded her 15-year-old future nephew get his hair cut or risk losing his position as “flower dude” in her wedding and we remember why the term has such staying power. 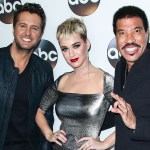 If Luke Bryan Dares to Comment on Katy Perry's Leg Hair Again, a Mom Army Is Coming for Him

Redditor Not_a_cat19 found herself squaring off against her soon-to-be sister-in-law over her son’s hair recently, so she took to the AITA subreddit to see if she was out of line for pushing back on the bride’s demands.

“My 15-year old son was asked in January to be the ‘flower dude’ in my brother’s wedding (which will be end of this month),” she wrote. “Since then, my STBSIL has made frequent comments to my son along the lines of ‘so what are we going to do about this hair?’” According to Not a Cat, her son has thick curly hair that he has been growing out in order to achieve a certain style, and he even has a goal photo that he takes with him to the hairdresser, so this is big deal to him.

A few weeks ago, the mom decided to nip the hair cutting hints in the bud and let her brother know that while they planned to tame and style her son’s hair, they wouldn’t be forcing him to get it cut prior to the wedding.

“At that time, my brother said that was fine. Then he told me his fiancée wants to take my son to her hairdresser for a trial run on his hair style,” she writes. “I told him I’d make sure we did the trial run on my son’s hair. He then wrote that fiancée wanted final approval.” She ended their talk by telling him that she would make sure that her son’s hair looked nice on their big day.

Unfortunately, that wasn’t the end of it. A few days later, her son got a text message from her stepfather telling him he wouldn’t be allowed to get fitted for his tux until his hair was cut. “His exact words were ‘no decent haircut, no tuxedo fitting, you will not be in the wedding but seated in the general audience with your family, that is the result of no haircut. Got it???’ My mother is also firmly on the haircut side; she feels I should make my son cut off his hair because ‘it’s a very formal wedding,’ and claimed we should have known that was the rule from the beginning.”

Not a Cat texted her mother back to tell her that had she been informed that a haircut was going to be a condition of being in the wedding, her son simply could’ve declined up front instead of being subjected to months of passive aggressive remarks (and what we can only imagine was a lot of stress and aggravation).

“So now it’s really blown up,” OP concludes. “At this point we aren’t even going, because to me, kicking family out of a wedding party for refusing to alter his appearance when he has had this hair for years, is ridiculous. My family thinks I’m unreasonable for not forcing my son to cut his hair. Am I the asshole?”

Redditor oolwrite was quick to reassure OP that she was in fact, not the wrong one in this situation. “Bridezilla needs to get over herself,” they wrote. “I wouldn’t go to the wedding either. This is a very ridiculous situation. If I had a nephew I loved, I’d want him in my wedding regardless of what he looked like.”

User velveteenpimpernel not only agreed that OP was decidedly NTA, but was happy that she was standing up for her son. “If that was me, I wouldn’t be attending,” they wrote. “I can’t stand hearing stories of these bridezillas and enabling family members for a damn wedding — it does not give people license to dictate on physical attributes! Clothing yeah, body parts no!”

Whenever we hear stories about people policing other people’s hair, the issue of race always seems to come up. Which is what prompted one commenter to ask if there was a possibility that race was a motive in her request. After OP revealed in the thread that her son’s father is Ashkenazi Jewish, Redditor Kookaburrita brought up the point that while it might not be at the root of this particular fight, it has been at the root of many similar fights. “Understand that Jews have had their hair demonized for centuries (Ashkenazi Jews in Europe in particular, though we see it in the Americas as well), and to this day we face a lot of comments and snide comments about our curls and waves. While they may not intend for their comments to seem antisemitic, there is an antisemitic precedent that exists in the world around them and western oppression of Jewish hair.”

Whatever happens for this family, we hope that OP’s son realizes how great it is that his mom (and the internet) has his back. Keep on rocking that hair, flower dude, we hope you reach your goal length!

Maybe all of the adults arguing over a child’s hair need to chill out the way these famous moms do.