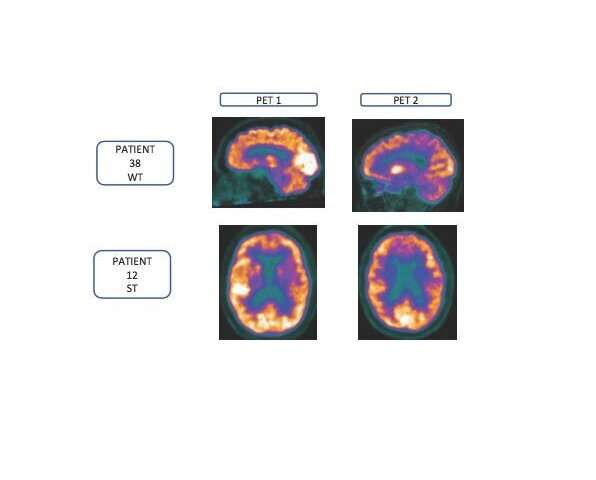 A new longitudinal study has shown that a nutritional drink designated a “food for special medical purposes” containing the multinutrient combination Fortasyn Connect can benefit patients with the earliest stages of Alzheimer’s disease (AD), mild cognitive impairment, who are at risk of progressing to the dementia stage of AD, report scientists in the Journal of Alzheimer’s Disease Reports.

The purpose of this study was to assess whether this multinutrient combination can benefit patients with mild cognitive impairment who are at risk of progressing to the dementia stage of AD. Previous studies have shown that Fortasyn Connect can have benefits in early AD.

This longitudinal study, with a one-year follow-up, was carried out from June 2015 to December 2016 in the Neurology Department of Infanta Cristina Hospital, Madrid, Spain. Investigators recruited 43 patients with mild cognitive impairment and a mean age of 70. 58.5% of the patients were women.

Neuropsychological tests and 18F-FDG-PET imaging were conducted at the inclusion visit and checked again at the one-year follow-up, which also included a neurological examination and a Subjective Changing Scale completed by the caregiver. Seventeen patients received the product while 24 patients were in the group without intervention, and two patients withdrew.

F-FDG-PET imaging studies provide a measure of the number of synapses in a brain region (this number decreases in mild cognitive impairment progressing to more advanced AD); the ability of this food for special medical purposes to impact this decrease in synaptic number was assessed.

“The nutritional drink containing the multinutrient combination Fortasyn Connect has already been shown in previous studies to have a significant effect on several cognitive domains in patients in the early stage of AD including those with mild cognitive impairment,” commented Dr. Manzano. “The results of this study support the hypothesis that the product can benefit patients with mild cognitive impairment who are at risk of progressing to the dementia stage of AD. Caregivers also reported benefits in patients.”

Richard Wurtman, MD, who developed the multinutrient combination Fortasyn Connect with colleagues at the Massachusetts Institute of Technology Department of Brain and Cognitive Sciences, Cambridge, MA, U.S., explained, “Most people had thought any effective intervention would involve getting rid of brain amyloid-beta, a presumed toxin that was believed to destroy brain synapses. This study by Dr. Manzano and colleagues shows that this nutritional intervention works in patients by an entirely different biochemical mechanism. Rather than blocking a neurotoxin’s effect, the data suggest that by providing nutritional support, it can help brain neurons make more synapses. This hypothesis is supported by the new data on 18F-FDG PET that there was significant worsening in the individuals who had not received the nutritional intervention and less worsening among those receiving the intervention. That is, as they say, a ‘big deal.'”

George Perry, Editor-in-Chief of JAD Reports and Chief Scientist of the Brain Health Consortium at the University of Texas at San Antonio, stated, “The results of this JAD Reports study support the concept of nutrition focused on synapse formation as critical in maintaining cognition in the face of impending AD. Intervention with the nutritional drink containing Fortasyn Connect appears to support neuronal communication through synaptogenesis. We hope these insights open a new era of further investigation into nutritional interventions that support the natural plasticity of the brain to repair damage.”