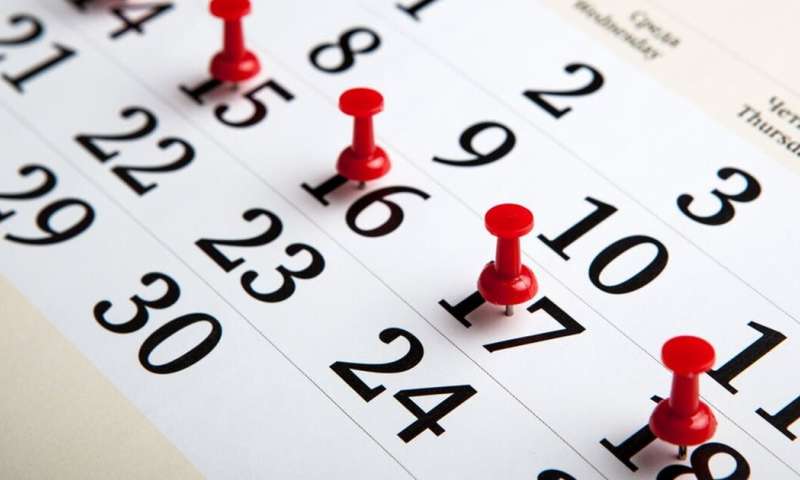 Mothers on the Edge, a recent documentary by Louis Theroux, told the stories of four new mothers admitted to specialist mental health units for a range of serious conditions including anxiety, depression and psychosis—triggered by recent motherhood.

Hormonal changes that happen with childbirth, menopause and menstruation may trigger or exacerbate symptoms of psychosis. Levels of ovarian hormones in the blood fall in the days leading up to menstruation. It could be this drop, particularly in estrogen, that affects mental health. A similar mechanism may be responsible for episodes of psychosis following menopause and childbirth.

A link between psychosis and the menstrual cycle was first proposed in the 1800s, with case studies of women who had monthly psychotic episodes and complete recovery in between. Since then it has been observed that some women with psychotic disorders, such as schizophrenia, have worse symptoms in the days leading up to menstruation. Our latest research, which combined data from different studies on this topic for the first time, confirms the observation.

There is, however, a beneficial effect of estrogen that is thought to result in women developing psychotic disorders at a slightly later age, on average, compared with men. This so-called “estrogen-protection hypothesis” was first proposed by the German psychiatrist Anita Riecher-Rössler in 1993.

Despite the widespread notion of psychosis being influenced by the menstrual cycle, this has never been examined by a meta-analysis, where results from several studies are pooled together. To address this, we searched the literature for studies measuring fluctuations of psychosis in relation to the menstrual cycle. We were interested in the time from five days leading up to menstrual bleeding until five days after, combining the results from studies where possible.

Our study, published in Schizophrenia Bulletin, showed an increased rate of psychiatric admissions in women around the time of menstruation—one-and-a-half times more than expected if admissions were spread evenly across the cycle. This was based on the results of 11 studies with a total of 742 women who had psychosis.

We also looked at whether symptoms of psychosis, measured with a rating scale, worsened in the days leading up to and after menstruation. Although we could not pool this data as the study methods were too different, four out of six studies that measured symptoms of psychosis showed deterioration at this time. Only two studies directly asked women with psychosis whether their illness was influenced by their menstrual cycle: 20% to 32% said it was. If there was no subjective effect, we would expect that number to be close to zero. This suggests the menstrual cycle may affect a subgroup of women rather than all those who are diagnosed with a psychotic disorder.

Meta-analyses like ours are often the first step to more clearly identifying what available evidence there is on a subject and where there are gaps in the research. And, as with all studies, ours had limitations that should be kept in mind. There was no standardised way of recording the phase of the menstrual cycle. This was because the studies we looked at mostly used women self-reporting their last menstrual period, which, as with all self-reporting, can be unreliable. Most of the studies we looked at did not include women with irregular cycles. This is problematic as up to 40% of women with psychosis do not have regular cycles. Another difficulty is that many antipsychotic medications suppress the menstrual cycle as a side effect. Ideally, it would be best to study participants who are not on medication.

What does this mean for women with psychosis?

Even with these limitations in mind, our study shows evidence for a worsening of psychotic illnesses in the days leading up to and days after menstruation. This is clearest when objective measures like hospital admissions are combined over a number of studies. However, we do not know whether there is a subgroup of women with psychosis who are especially vulnerable to the cyclical effects of ovarian hormones.

Identifying women who are particularly affected by menstrual fluctuations could lead to better self-management. There are existing treatments for regulating menstrual cycles (for example, in women experiencing severe premenstrual tension or premenstrual dysphoria) while treatments targeting oestrogen show promise in women with schizophrenia.

We do not know whether these findings are specific to psychosis or whether they apply to other mental disorders. A previous study suggested that many measures of mental illness, including suicide, are worse around menstruation irrespective of psychiatric diagnosis. There is good reason to suspect that some women suffering from bipolar disorder and emotionally unstable personality disorder experience worsening symptoms associated with the menstrual cycle, though there is less published evidence compared with psychosis.