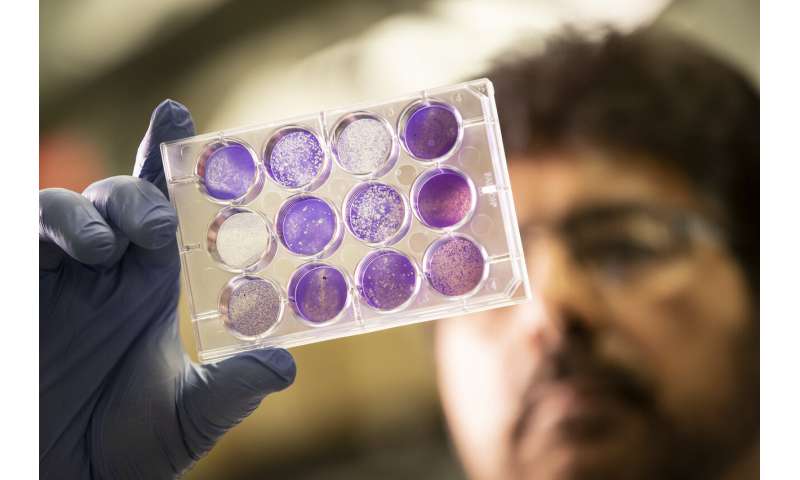 Researchers at McMaster University have invented a stable, affordable way to store fragile vaccines for weeks at a time at temperatures up to 40C, opening the way for life-saving anti-viral vaccines to reach remote and impoverished regions of the world.

The new method combines the active ingredients in existing vaccines with a sugary gel, where they remain viable for eight weeks or more, even at elevated temperatures.

The method creates light, durable, and compact doses that would be ideal for shipping Ebola vaccine, for example, to affected regions of Africa, the researchers say. The process adds only marginal cost to preparing a vaccine and eliminates almost all the cost of transporting it—which can account for 80 per cent of the total cost of inoculation.

Combining the vaccines and the sugars—pullulan and trehalose—is almost as simple as stirring cream and sugar into coffee, the researchers say. The storage technology was created by chemical engineers at McMaster, who had already demonstrated its effectiveness in other applications, such as an edible coating that can prolong the shelf life of fruits and vegetables.

To apply the technology to vaccines, the engineers collaborated with health sciences colleagues across campus who specialize in virology and immunology. Their work is published today in the journal Scientific Reports.

“This, to us, is the ultimate application of this technology,” said the paper’s lead author Vincent Leung, an assistant professor of Chemical Engineering. “To imagine that something we worked on in the lab could one day be used to save people’s lives is very exciting.”

The invention is significant because it can replace the cumbersome “cold chain—constant storage at temperatures between 2C and 8C—which is currently necessary to keep anti-viral vaccines viable. Maintaining the cold chain is a significant barrier to inoculating people in remote or poor regions of the world, where the infrastructure to refrigerate and transport vaccines smoothly may not be available.

“You can spend all kinds of money developing a vaccine, but if it is deactivated by high temperature an hour before you can give it to someone, it doesn’t matter,” says co-author Ali Ashkar, a professor of Pathology and Molecular Medicine specializing in immunology. 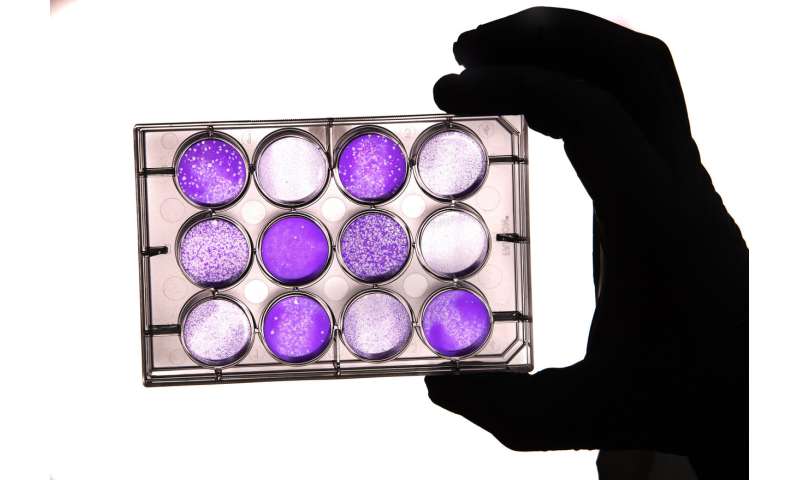 The cold-chain challenge is so great, the researchers say, that in some regions, vaccines must be transported by camels bearing solar-powered mini-refrigerators. There are some populations that never receive vaccines.

“If you can’t get vaccines to the places where people need them, there’s no point in having them,” says co-author Matthew Miller, an assistant professor in the Department of Biochemistry and Biomedical Sciences whose laboratory specializes viral pathogens.

Not being able to get vaccines to isolated areas makes it impossible to eradicate deadly viruses. Unchecked, such viruses can devastate local populations and reach exposed pockets in more populated countries where religious, cultural or other concerns have diminished the proportion of vaccinated individuals. Such a scenario has recently been playing out in in a measles outbreak in the US northwest and Vancouver, BC.

The new vaccine-storage method suspends the active components of a vaccine in a tiny one-dose container filled with a sugar-gel combination that dries to seal in the vaccine. Later, clinicians reconstitute the vaccine with water and administer it to patients as they ordinarily would.

“Often, complex problems have simple solutions. It just takes the right team,” says Miller. “The best research comes from merging fields, when you do something with someone else that you couldn’t do alone.”

The researchers have proven the method to be viable using two sample vaccines—influenza virus and herpes simplex virus ¬- to inoculate and test mice by exposing them to the viruses because the immune response of mice is similar to that of humans. The materials in the storage medium are already approved by the US Food and Drug Administration, simplifying the path to commercialization.

“All the pieces are ready to go,” says co-author Carlos Filipe, chair of Chemical Engineering at McMaster. “It’s actually quite simple compared to the technology required to create a vaccine itself.”