Rapamycin may reduce accumulation of a toxic β-thalassemia protein 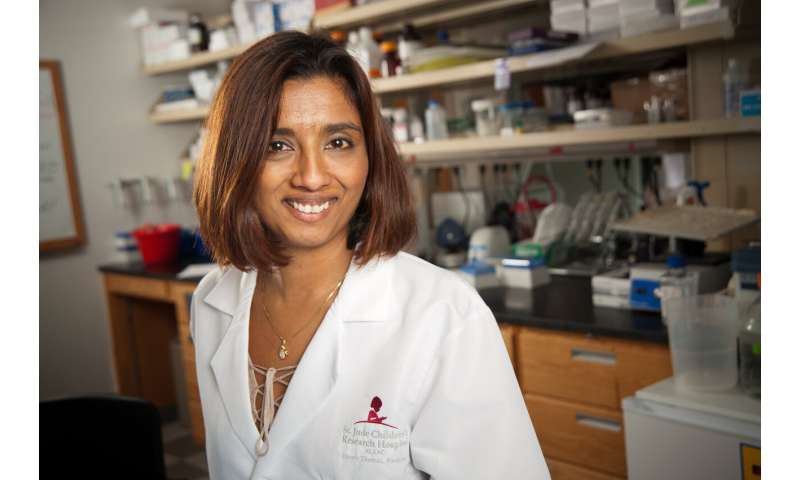 Researchers showed that rapamycin worked by activating a protein quality-control pathway—the autophagy pathway—in cells. That reduced the accumulation of the toxic proteins that destroy red blood cells in individuals with β-thalassemia. Untreated, the buildup leads to fewer red blood cells, anemia, fatigue and other symptoms, including an enlarged spleen, heart and liver, and fragile bones.

“Rapamycin won regulatory approval almost 20 years ago,” Weiss said. “The drug can be safely administered and is relatively inexpensive. Given that, and the findings from this study, our next objective is to design a small clinical trial to test the safety and efficacy of rapamycin for treatment of β-thalassemia.”

β-thalassemia is one of the most common blood disorders in the world. The standard treatment, blood transfusion, is not universally available and requires medication to prevent iron overload that is a side effect of treatment. While many patients with β-thalassemia are living longer and enjoying a better quality of life, disease-related morbidity and mortality is still substantial.

β-thalassemia is caused by mutations in the HBB gene that disrupts production of the protein hemoglobin, which red blood cells use to ferry oxygen throughout the body. Hemoglobin has four protein chains—two α-globin and two β-globin. β-thalassemia patients make lower than normal levels of β-globin, in some cases none. The free α-globin accumulates and disrupts red blood cell production.

Researchers knew rapamycin inhibited mTOR, a protein that inactivates the enzyme ULK1. In this study, the scientists reported that β-thalassemic mice lacking the Ulk1 gene had an approximately two-fold increase in α-globin accumulation compared to mice with the Ulk1 gene.