Proposed gene therapy for a heart arrhythmia, based on models made from patient cells 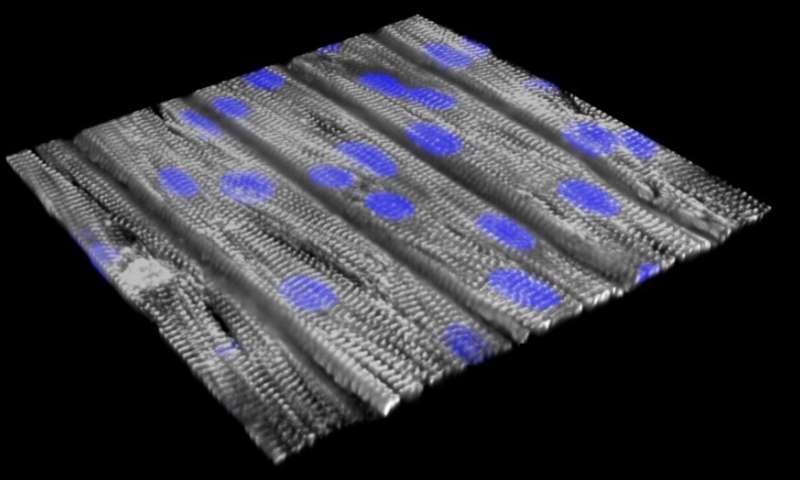 Researchers at Boston Children’s Hospital report creating the first human tissue model of an inherited heart arrhythmia, replicating two patients’ abnormal heart rhythms in a dish, and then suppressing the arrhythmia with gene therapy in a mouse model. Their work, published in two papers in the July 30 print issue of the journal Circulation, opens the possibility of developing single-dose gene therapy treatments for inherited arrhythmias, and perhaps more common arrhythmias such as atrial fibrillation.

“Our hope is to give gene therapy in a single dose that would work indefinitely,” says Vassilios Bezzerides, MD, Ph.D., an attending cardiologist in the Inherited Cardiac Arrhythmias Program at Boston Children’s Hospital who was involved in both studies. “Our work provides proof-of-concept for a translatable gene therapy strategy to treat an inherited cardiac arrhythmia.”

The two studies focused on catecholaminergic polymorphic ventricular tachycardia (CPVT), a leading cause of sudden death in children and young adults. The arrhythmia is typically triggered by exercise or emotional stress, and first becomes apparent at an average age of 12, often as a sudden loss of consciousness.

Current treatment consists of drugs such as beta-blockers and flecainide, surgery to disconnect nerves innervating the left side of the heart, an implanted cardioverter-defibrillator (which can lead to life-threatening complications in CPVT), and simply having children exercise as little as possible.

“Treatments for CPVT are currently pretty inadequate: 25 to 30 percent of patients will have recurrent life-threatening arrhythmias despite treatment,” says Bezzerides.

One study, published online by Circulation July 17, used tissue engineered models to investigate how CPVT works at the cellular and molecular level. It was led by William T. Pu, MD, of Boston Children’s Hospital and Kevin Kit Parker, Ph.D., of Boston Children’s and Harvard’s School of Engineering, Arts, and Sciences (SEAS).

Working with the Inherited Cardiac Arrhythmias Program, led by Dominic Abrams, MD, MBA, the researchers obtained blood samples from two patients at Boston Children’s Hospital who had CPVT caused by separate mutations in RYR2, the gene linked to most cases of CPVT. RYR2 encodes a channel that enables cells to release calcium—the first step in initiating a heart contraction.

The scientists then reprogrammed the patients’ blood cells to become induced pluripotent stem (iPS) cells, capable of making virtually all cell types. From these, they made cardiomyocytes (heart muscle cells) carrying the CPVT mutations and used them to construct models of heart-muscle tissue.

“The cells were seeded on an engineered surface so that they lined up in a specific direction similar to how heart muscle is organized,” explains Pu, who is director of Basic and Translational Cardiovascular Research at Boston Children’s. “The cells have very abnormal beating individually, but after assembly into tissue, they beat together, better modeling the actual disease. That’s why tissue-level models are important.”

Exercise test in a dish

Using a so-called optogenetic system, the team then applied blue light to one end of the tissue to activate the cells. This created an impulse that moved along the sheet of cells to produce a contraction. Using this system, they created an “exercise test in a dish.” To simulate exercise, they added the drug isoproterenol (similar to the stress hormone adrenaline) and applied infrared light to initiate faster heartbeats.

This testing helped reveal CPVT’s underlying mechanisms. When healthy heart tissue underwent the exercise test, calcium moved through the tissue in even waves. But in tissue models made from patients with CPVT, calcium waves moved at varying speeds, and in some parts of the tissue not at all, resulting in an abnormal circular motion known as re-entry—much like what happens in real life.

“When we paced the cells faster, the CPVT tissue sustained re-entrant arrhythmias, whereas normal tissue could handle it fine,” says Pu.

To understand how stress makes CPVT patients vulnerable to life-threatening arrhythmias, Pu, Parker, and colleagues identified signaling molecules that are activated by adrenaline, and then used drugs and CRISPR/Cas9 genome editing to selectively inhibit or modify them.

Through this strategy, they found that in healthy heart tissue, an enzyme called CaM kinase (CaMKII) chemically modifies RYR2, triggering the heart-muscle cells to release more calcium. In CPVT cells, this modification combines with the inherited RYR2 mutation to cause excessive calcium levels in cells, which precipitates arrhythmias.

“Nature designed CaMKII as part of the fight-or-flight response,” explains Pu. “When you get excited, you release more calcium so the heart can beat faster. But when RYR2 is mutated, the channel is leaky, so the cell releases way too much calcium, which causes arrhythmia.”

When the researchers blocked the CaMKII modification, they eliminated the arrhythmias in the tissue model. They got the same effect when they blocked CaMKII itself with the peptide AIP, a potent and selective CaMKII inhibitor.

“The coupling of iPS technology and organs on chips offers new opportunities for studies in precision medicine and the benefit of patients,” notes Parker. “Our vision is to use these technologies to screen patients with rare diseases for clinical trial enrollment. By replicating the patient’s disease in vitro, we can test candidate therapies on the patient’s disease and measure safety and efficacy, so that the right patients get tested with the right drug.”

Because the CaMKII enzyme acts on many tissues beside the heart—and is required by the brain for memory formation—the team wanted to be able to inhibit CaMKII in the heart specifically. In a separate study, published online by Circulation on June 3, a team led by Bezzerides and Pu tested a gene therapy approach in a mouse model of CPVT.

They engineered a special virus which, injected into mice with CPVT, selectively travelled to the heart and delivered AIP. Testing showed that AIP was expressed in about 50 percent of heart cells, enough to suppress arrhythmias, but not significantly expressed in non-heart tissues including the brain.

The researchers now plan to refine their gene therapy strategy and test it in a large animal model and eventually in patients with CPVT, likely in collaboration with other medical centers.

A general approach to heart disease?

Bezzerides and Pu believe the therapy could be effective for patients with CPVT caused by a variety of RYR2 mutations (more than 160 mutations have been reported). And they believe their overall strategy of inhibiting CaMKII in the heart could help treat more common causes of heart disease. 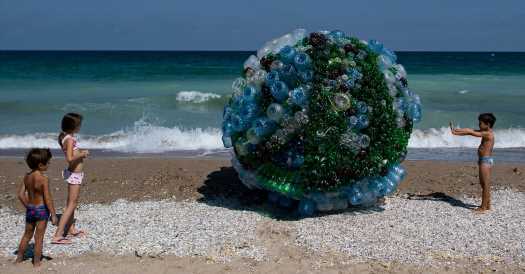 How Do Children Fight Off the Coronavirus?
Kids Health