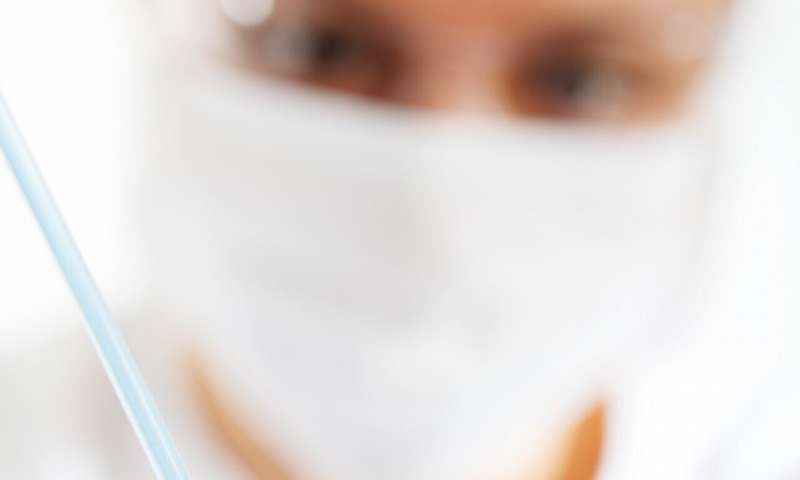 Reference reagents are important in diagnostics and care of patients with systemic lupus erythematosus (SLE). In a new study, an international team of researchers presents a new WHO autoantibody reference reagent that will help to align autoantibody analyses and thus to optimize diagnosis and treatment to patients irrespective of where they live. The findings are published in Annals of the Rheumatic Diseases.

Systemic lupus erythematosus (SLE) is a systemic rheumatic disease associated with inflammatory symptoms from multiple organs, mainly affecting women in childbearing age. Sometimes there are mild symptoms from the skin and joints and sometimes more severe symptoms from the kidneys and the central nervous system. SLE is a true autoimmune disease characterized by the generation of antibodies against the body’s own cells, so called autoantibodies. An important laboratory characteristic of SLE is the appearance of autoantibodies against a multitude of components in nuclei of living cells, so called anti-nuclear antibodies (ANA).

The genetic information in the nuclei of living cells is encoded by deoxyribonucleic acids (DNA). Autoantibodies against such double-stranded DNA (anti-dsDNA) comprise an important group of ANA strongly associated with the diagnosis of SLE—it is uncommon to find anti-dsDNA in patients with diseases other than SLE or in healthy individuals. The occurrence of anti-dsDNA is not only associated with SLE diagnosis, as anti-dsDNA levels increase when SLE disease activity increases, and especially with the occurrence of the serious kidney symptoms (SLE nephritis). Occurrence of anti-dsDNA autoantibodies are thus important both for SLE diagnosis and for the prognosis of SLE. Compared to other laboratory autoantibody analyses, anti-dsDNA is difficult to measure, as different methods detect different subgroups of anti-dsDNA.

“In our article we describe the development and characterization of a new anti-dsDNA reference reagent,” says Professor Johan Rönnelid at Uppsala University, last author of the study.

A suitable patient sample available in large amount was identified by the work of 42 European laboratories in the European League against Rheumatism (EULAR) autoantibody study group. This patient sample (2.4 liters) was thereafter transferred to 4300 ampules, and freeze-dried (lyophilized) to allow for long-term storage, at the National Institute for Biological Standards and Control (NIBSC) in the United Kingdom. This preparation denoted 15/174 was thereafter evaluated in an international study including 36 laboratories from 17 countries worldwide.

“This international evaluation showed that although the performance of 15/174 was not perfect, the current situation with large differences between different anti-dsDNA assays would be improved by use of 15/174 as a reference reagent,” says Johan Rönnelid.

The preparation 15/174 was endorsed as a WHO reference reagent for anti-dsDNA autoantibodies in November 2017.

“Standardization of autoantibody analyses is much more complex and difficult than standardization of chemistry analytes like e.g. blood levels of glucose (sugar), and we cannot expect to obtain the same level of agreement for clinical autoantibody analyses as for simple clinical chemistry analyses. Anyhow, our international validation showed that by using 15/174 as a common reference reagent, differences between different anti-dsDNA assays improved,” says Bernard J Fox, senior scientist and study director at the National Institute for Biological Standards and Control (NIBSC).

“Our intention is that the WHO reference reagent 15/174 will be used to align different test methods for anti-dsDNA antibodies and thus improve the diagnostics and care of patients with SLE,” says Bernard J Fox.