Narcissists and psychopaths: how some societies ensure these dangerous people never wield power 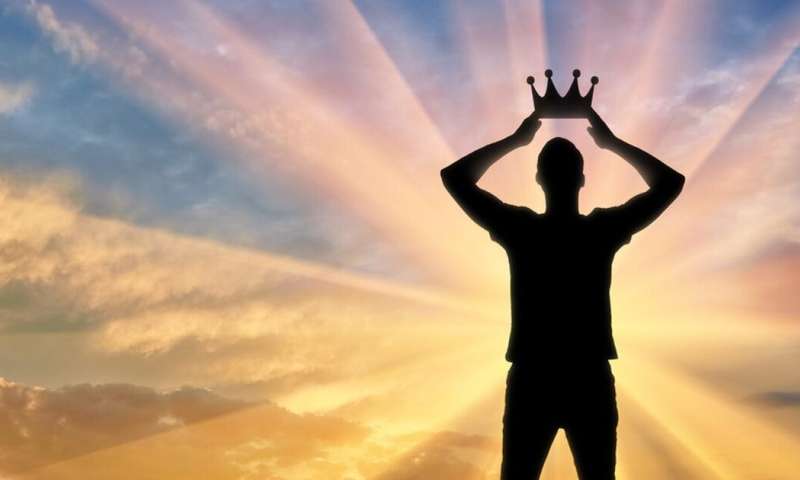 Often those who attain power show traits of psychopathy and narcissism. In recent times, psychopathic leaders have been mostly found in less economically developed countries with poor infrastructures and insecure political and social institutions. People such as Saddam Hussein in Iraq, Muammar Gaddafi in Libya and Charles Taylor in Liberia.

But modern psychopaths generally don’t become leaders in affluent countries (where they are perhaps more likely to join multinational corporations). In these countries, as can be seen in the US and Russia, there has been a movement away from psychopathic to narcissistic leaders.

After all, what profession could be more suited to a narcissistic personality than politics, where the spotlight of attention is constant? Narcissists feel entitled to gain power because of their sense of superiority and self-importance.

Those with narcissistic personalities tend to crave attention and admiration and feel it is right that other people should be subservient to them. Their lack of empathy means they have no qualms about exploiting other people to attain or maintain their power.

Meanwhile, the kind of people who we might think are ideally suited to take on positions of power—people who are empathetic, fair minded, responsible and wise—are naturally disinclined to seek it. Empathetic people like to remain grounded and interact with others, rather than elevating themselves. They don’t desire control or authority, but connection, leaving those leadership roles vacant for those with more narcissistic and psychopathic character traits.

Yet it would be misleading to say it is only psychopaths and narcissists who gain power. Instead, I would suggest that there are generally three types of leaders.

The first are accidental leaders who gain power without a large degree of conscious intention on their part, but due to privilege or merit (or a combination). Second are the idealistic and altruistic leaders, probably the rarest type. They feel impelled to gain power to improve the lives of other people—or to promote justice and equality, and try to become instruments of change. But the third are the narcissistic and psychopathic leaders, whose motivation for gaining power is purely self-serving.

This doesn’t just apply to politics, of course. It’s an issue in every organisation with a hierarchical structure. In any institution or company, there is a good chance that those who gain power are highly ambitious and ruthless, and lacking in empathy.

Narcissistic leaders may seem appealing because they are often charismatic (they cultivate charisma in order to attract attention and admiration). As leaders they can be confident and decisive and their lack of empathy can promote a single-mindedness which can, in some cases, lead to achievement. Ultimately though, any positive aspects are far outweighed by the chaos and suffering they create.

What is needed are checks to power—not just to limit the exercise of power, but to limit its attainment. Put simply, the kind of people who desire power the most should not be allowed to attain positions of authority.

Every potential leader should be assessed for their levels of empathy, narcissism or psychopathy to determine their suitability for power. At the same time, empathetic people—who generally lack the lust to gain power—should be encouraged to take positions of authority. Even if they don’t want to, they should feel a responsibility to do so—if only to get in the way of tyrants.

This might sound absurd and impractical, but as I suggest in my book, The Fall, it has been done before. There are many tribal hunter-gatherer societies where great care is taken to ensure that unsuitable individuals don’t attain power.

Instead, anyone with a strong desire for power and wealth is barred from consideration as a leader. According to anthropologist Christopher Boehm, present-day foraging groups “apply techniques of social control in suppressing both dominant leadership and undue competitiveness”.

If a dominant male tries to take control of the group, they practise what Boehm calls “egalitarian sanctioning”. They team up against the domineering person, and ostracise or desert him. In this way, Boehm says, “the rank and file avoid being subordinated by vigilantly keeping alpha-type group members under their collective thumbs”.

Just as importantly, in many simple hunter-gatherer groups power is assigned to people, rather than being sought by them. People don’t put themselves forward to become leaders—other members of the group recommend them, because they are considered to be experienced and wise, or because their abilities suit particular situations.

In some societies, the role of leader is not fixed, but rotates according to different circumstances. As another anthropologist, Margaret Power, noted: “The leadership role is spontaneously assigned by the group, conferred on some members in some particular situation … One leader replaces another as needed.”

In this way, simple hunter-gatherer groups preserve stability and equality, and minimise the risk of conflict and violence.

It’s true that large modern societies are much more complex and more populous than hunter-gatherer groups. But it may be possible for us to adopt similar principles. At the very least, we should assess potential leaders for their levels of empathy, in order to stop ruthless and narcissistic people gaining power.

We could also try to identify narcissists and psychopaths who already hold positions of power and take measures to curtail their influence. Perhaps we could also ask communities to nominate wise and altruistic people who would take an advisory role in important political decisions.