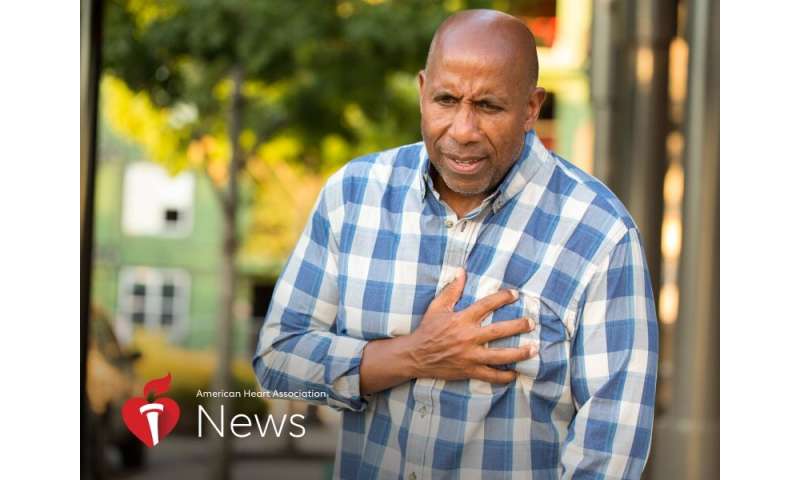 Millions of Americans don’t know any heart attack symptoms or how to best respond to them, according to a new study that said certain socioeconomic groups are particularly at risk.

About 805,000 Americans have a heart attack each year, and about 15% of them die from it. Because early intervention is so critical, health officials have spent decades trying to improve public knowledge of heart attack symptoms and the appropriate emergency response.

For the preliminary study to be presented Sunday at the American Heart Association’s Scientific Sessions, researchers wanted to find out whether the message was sinking in. Using data from the 2017 National Health Interview Survey, they looked at more than 25,000 U.S. adults.

Participants were asked to answer “yes” or “no” to whether the following were symptoms of a heart attack: chest pain/discomfort; shortness of breath; pain/discomfort in arm/shoulder; feeling weak/lightheaded/faint; and jaw/neck/back pain.

Nearly 6% of respondents were not aware of any of the symptoms. About 53% were aware of all five symptoms.

“It is most striking that we found nearly 6% of individuals – which represents over 13.5 million adults in the U.S. – were not aware of a single symptom of a heart attack,” said Shiwani Mahajan, the study’s lead author.

“You would expect it to be fairly common knowledge that chest pain is a symptom, but millions of individuals were not aware,” said Mahajan, a postdoctoral associate at Yale School of Medicine’s Center for Outcomes Research & Evaluation.

The study found men, blacks, Hispanics, people born outside the U.S., and those with high school or lower education were significantly more likely to not be aware of any symptoms.

“Some of these subgroups, especially those not born in the U.S., are hard to reach because of language barriers,” Mahajan said. “These are the subgroups that are most in need of, and may benefit the most from, targeted public health awareness initiatives.”

Study participants also were asked whether the best response to a perceived heart attack is calling emergency medical services or “other.” About 4.5% chose “other.”

“It would be interesting to see why they are hesitant, and what prevents these individuals from accessing emergency medical care,” Mahajan said. “Are they worried they may be wrong, and they’re afraid of embarrassment? Or is it because of cost-related barriers to health care access? Having timely access to emergency medical care can be lifesaving, for which both prompt recognition of symptoms and appropriate rapid emergency response are crucial.”

Concerns about cost could be why many low-income populations don’t immediately call emergency services, said Tarryn Tertulien, a fourth-year medical student at Brown University who has researched racial disparities in health care.

“I wasn’t too surprised by that finding,” said Tertulien, who wasn’t involved in the study. “If they’re thinking about what the ambulance costs and the insurance bill, they may be less inclined to call 911.”

She called the research a much-needed reminder of the persistent lack of health care knowledge among many U.S. adults, especially minorities.