How to keep year-end deadlines from ruining your health 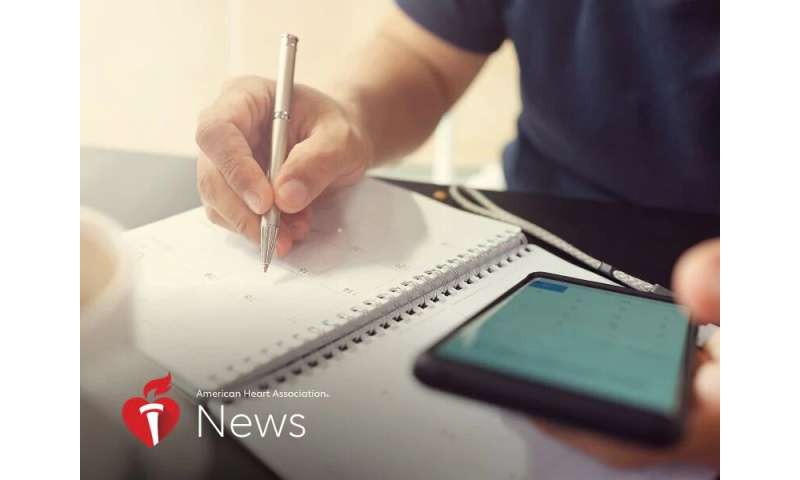 The end of the year is supposed to be a time to celebrate and relax. But for many, the traditional sounds of the season include a giant, ticking clock—and not the fun kind from your favorite rockin’ New Year’s Eve show.

Many workers know the pressure of year-end deadlines. These are often increased by the family pressures that come with holiday preparations.

It’s not just a cliché for Hallmark movies—stress can seriously affect your health. It can lead to overeating, excessive drinking and sleep deprivation, which can cause high blood pressure and weight gain. Women may be at particular risk from stress-induced heart disease.

To some people, stress might lead to a feeling of edginess, said Barry J. Jacobs, a clinical psychologist and health care consultant. Others also may have trouble sleeping, difficulty concentrating or even develop an increased heart rate, he said.

Stress isn’t always a villain, Jacobs said. While too much stress hurts productivity, so does having no stress.

“If you have no stress—meaning, you’re not feeling any kind of pressure to do something—then the likelihood is you’re going to go about it in a lackadaisical way and may not do a very good job.”

The key to keeping deadline stress from becoming overwhelming, he said, is to understand what’s at its root.

“What makes deadline pressures stressful are thoughts about what will happen if we don’t meet them,” he said. And worrying about the worst-case scenarios can get out of hand.

Sometimes, people try to cope by procrastinating. And, that’s not always just a matter of poor time management, he and other experts say.

A better way to handle deadline pressure, Jacobs said, is to take a realistic look at what you’re facing. Many people who suffer deadline anxiety tend to inflate the consequences of what’s at stake. In therapeutic terms, he said, it’s called “chaining,” or linking thoughts toward their worst possible outcome.

For example, he said, someone overly worried about decorating before family arrives might ultimately arrive at, “If they don’t enjoy themselves here, then they’ll think of me as a bad family member.”

The first thing someone feeling deadline pressure should do is acknowledge such fears.

“Then, step back from them and examine them more logically, and really test whether they’re true or not,” he said.

Jacobs said apps are available that use cognitive behavioral therapy techniques to help people “make those concerns more realistic and decrease the stress just enough so people are performing at their best.”

For unavoidable work deadlines, Jacobs recommends breaking up a big job into smaller tasks and focusing on those. But experts say don’t use that to-do list as a way of procrastinating. If necessary, talk to your boss and say, “You’re asking too much of me.”