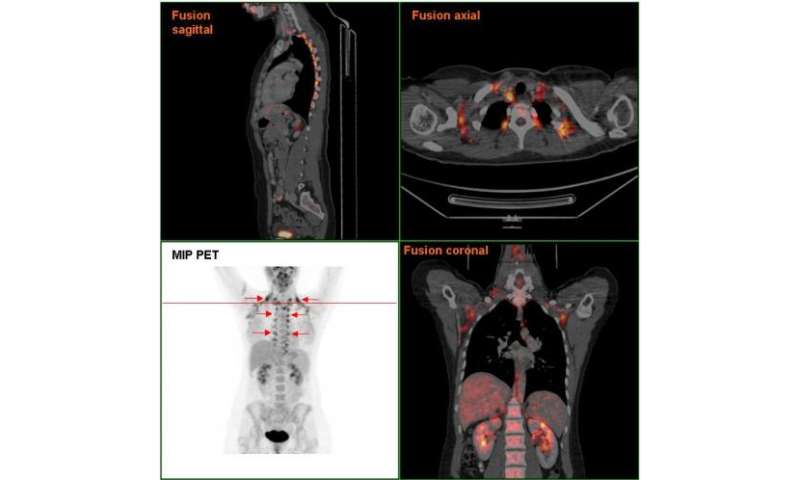 Circadian rhythms orchestrate a vast number of life’s processes through the activity of a 24-hour internal clock: hormone flow, blood pressure, sleep and wake cycles, and even the timing of hibernation among marmots and bears, are controlled by a biological timepiece.

At the University of Pennsylvania, a team of scientists has been exploring the circadian clock and its relationship to brown adipose tissue, the so-called “good” form of fat. The team has uncovered the molecular underpinnings that explain how this type of fat has a chronobiological—circadian—role in the activity of brown fat, a dynamic type of tissue that provides energy through a heat-generating process called thermogenesis.

In humans brown fat is associated with being lean. In mice, rats and hibernating species, it’s often linked with survival.

Reporting in a recent issue of PNAS, Marine Adlanmerinia, Mitchell Lazar and a team of scientists at UPenn’s Institute for Diabetes, Obesity and Metabolism, examined the circadian nature of brown adipose fat tissue (BAT) in mice that were exposed to an exceptionally cold temperature for several days.

“Regulation of body temperature in response to cold environments is controlled by thermogenic brown adipose tissue, particularly in rodents, although it is increasingly clear that humans have functional brown adipocytes,” reported Adlanmerinia and her team.

Among humans and other mammals, BAT is one of two types of fat; the other is white adipose tissue, or WAT. In humans, WAT, the type of fat associated with big rumps and beer bellies, fuels a global obesity epidemic. BAT, on the other hand, is not as common among people as it is in other species, particularly rodents. In people, BAT diminishes with age.

Babies have a high distribution of BAT compared with adults, and infants do not shiver when they are cold. They depend, instead, on thermogenesis, heat production from brown fat to keep them warm. The act of shivering in adults—shivering thermogenesis—increases body heat.

In humans, BAT is usually found in the nape of the neck and guarding vital organs, such as the kidneys. Although adults have a lower distribution of BAT than babies, people who are obese have even less BAT than those who are lean. It is theorized by some experts who study BAT that brown fat may help maintain leaness. By comparison, a range of studies over the years has shown that mice with ample BAT reserves are protected from obesity.

In the UPenn research, mice were subjected for to a temperature of 4 degrees Celsius, or 39.2 degrees Fahrenheit, for a week. The team showed how circadian-driven fat synthesis in brown adipose tissue maintained a healthy body temperature in the test mice.

“We demonstrate that chronic cold temperature causes new circadian rhythms of de novo lipogenesis in brown adipose tissue,” Adlanmerinia and the team wrote in the journal.

BAT differs from white fat not only because it responds to cold temperatures, but because it is also chock-full of mitochondria, the energy-production powerhouses of cells. The bean-shaped mitochondria cells, which have two membranes, also have a high concentration of thermogenin, a heat-generating protein, in the second membrane.