Studies have shown that multiple neuropsychiatric disorders can be linked to modulations in the gut microbiome. 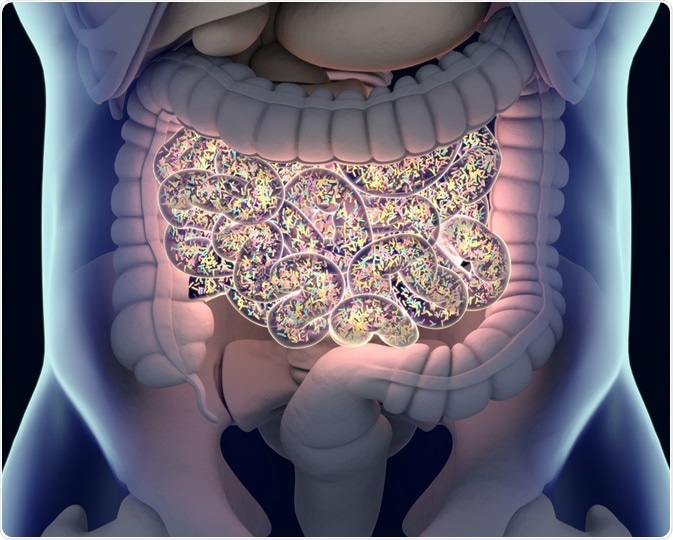 Potential mechanisms that can influence the central nervous system include changes in the content of gut microbiota, neural pathways (most notably via the vagus nerve), immune stimulation, gut hormonal response, as well as secondary bacterial metabolites.

Recent studies have shown that various neuropsychiatric disorders (such as autism spectrum disorder, anxiety, depression, and schizophrenia) can be linked to modulations in the gut microbiome, and also to the influence of certain microbial substrates, or the use of antibiotics, probiotics or prebiotics.

Some research has shown that children with autism have high abundance of Bacteroidetes and Proteobacteria, but lower numbers of Bifidobacteria and Firmicutes when compared to healthy children. However, one class of bacteria from the Firmicutes is present in higher numbers in children who have autism and a history of gastrointestinal problems – those are members of the Clostridium genus.

On the other hand, there is a low number of Prevotella species, despite the overall abundance of Bacteroidetes in children with autism. This means that mere quantification of the relative increase or decrease in the phyla populations is not as significant as determining the counts of specific intestinal symbionts, in order to better comprehend the importance of specific changes in the gut microbiome and the brain functioning.

The counts of bacteria from the genus Sutterella and Ruminococcus were also elevated in gastrointestinal biopsies that were taken from children with autism. All these discoveries support a potential gut-brain connection in autism spectrum disorder and support a quest for a possible probiotic treatment.

The relationship between the gut microbiota and the development of anxiety and/or depression has been researched mainly in animal models. In rats, the oral administration of Campylobacter jejuni in subclinical doses resulted in anxiety-like behavior without a resulting immune response.

Premature delivery has been shown to increase the risk of development of schizophrenia. Furthermore, infants born via Cesarean section show lower levels of Bacteroidetes and Bifidobacteria, and increased colonization with Clostridium difficile when compared to infants born vaginally. There is now ample evidence of benefits for the developing brain from the presence of Bifidobacteria; conversely, Clostridium difficile is an undesirable, aberrant pathogen.

There are cases of schizophrenia linked to Clostridium difficile infection. An association has been observed with the modulation effects exerted by the phenylalanine derivative that is produced by this bacterial species. However, thus far there are no prospective research studies that evaluate the outcome of (otherwise) healthy babies colonized with this organism.

Although the current results are not sufficient to draw steady conclusions about the clinical potential of the microbiota-based therapy strategies in neuropsychological disorders, it is undoubtedly an exhilarating frontier in psychology and psychiatry research.

Dr. Tomislav Meštrović is a medical doctor (MD) with a Ph.D. in biomedical and health sciences, specialist in the field of clinical microbiology, and an Assistant Professor at Croatia's youngest university – University North. In addition to his interest in clinical, research and lecturing activities, his immense passion for medical writing and scientific communication goes back to his student days. He enjoys contributing back to the community. In his spare time, Tomislav is a movie buff and an avid traveler.