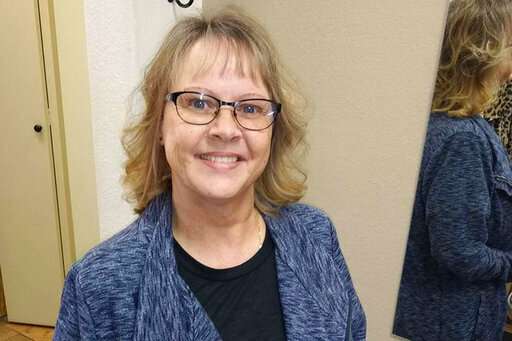 People with rare cancers have been out of luck—not only do most lack good treatments but drug companies also don’t pursue them because of small potential sales. Now, a federal study that pools these folks gives them strength in numbers and new options.

The first results from this novel effort were revealed at an American Association for Cancer Research conference in Atlanta on Sunday. They suggest that for people with one of these unusual diseases, there seems to be a way to predict who will benefit from a drug combo that boosts the immune system and who will not.

“For the patients that it works for, it’s phenomenal, it’s life-changing … but it’s not for everybody,” said one study leader, Dr. Sandip Patel of the University of California, San Diego’s Moores Cancer Center.

Brigitte Sagasser, 54, of San Marcos, California, is one study participant who seems to be benefiting. Her tumors have been shrinking since starting the treatment a year ago for a rare type of ovarian cancer that defied surgeries, chemotherapy and hormone therapy.

“I’ve tried all kinds of stuff before and nothing really helped in the long run,” she said. “I felt like I was kind of out of choices on what could be done.”

Rare cancers individually affect fewer than 6 in 100,000 people a year, but collectively make up 22% of all cancer cases. They include tumors in the brain, blood, glands, bones, and skin, and there’s often not even a study that patients can join to test an experimental drug or therapy.

“We’re trying to fill that gap” by funding the federal study, said Dr. Elad Sharon of the National Cancer Institute.

It has enrolled more than 550 patients in the U.S. and Canada since it started in 2017. Currently, it’s testing a combo of two immunotherapy drugs, Opdivo and Yervoy—in people grouped into “buckets” according to their tumor type. The drugs’ maker, Bristol-Myers Squibb, is donating them for the study.

One of these buckets just reached critical mass to yield results—neuroendocrine tumors, which can form many places in the body but often in the lungs or digestive tract. Biopsies when the disease is diagnosed classify the cases as high, low or intermediate grade according to how aggressively the cells seem to be growing.

In the study of 32 patients, the drug combo only worked for high-grade tumors. Eight of the 18 patients saw their tumors significantly shrink. None of the others did.

In the high-grade group, survival at six months without worsening disease was 31%—better than the 10% that doctors historically have seen for such patients, said Patel, who has been a paid adviser to Bristol-Myers and several other companies.

“It gives us a glimpse into what can happen,” said another study leader, Dr. Razelle Kurzrock at the San Diego cancer center. “If we get it right, maybe we can get it to work in more patients.”

About one-quarter of all patients had symptoms typical of immune system therapies—effects on the liver, fatigue, nausea—and 6% had colitis, gut inflammation. But side effects were manageable and not severe, Patel said.

Identifying which patients are likely to benefit from these drugs spares others these side effects, expense and false hope.

Sagasser developed a problem from Yervoy, but continues to get Opdivo every two weeks. She is looking forward to next year, when it will be 20 years since she was first diagnosed.