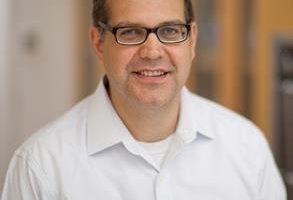 Edging closer to personalized medicine for patients with irregular heartbeat

In 2015, then President Barack Obama launched a precision medicine initiative, saying that its promise was “delivering the right treatments, at the right time, every time to the right person.” A biomedical engineer at Washington University in St. Louis has answered the call by making a significant step toward precision medicine for patients with a life-threatening form of irregular heartbeat by determining in which patients a commonly used drug treatment would be most beneficial.

Jonathan Silva, associate professor of biomedical engineering in the School of Engineering & Applied Science, was part of an international team that determined which patients would benefit the most from a commonly used drug treatment.

The results of the research are published online in Circulation Research December 18.

Silva teamed with lead author Wandi Zhu, a doctoral candidate in his lab, and collaborators from the University of Pavia in Italy. Together, they investigated the efficacy of the drug mexiletine on patients with a genetic mutation that cause Long QT Syndrome Type 3, a disorder that arises from the heart’s inability to properly repolarize, leading to irregular heartbeats—or arrhythmia. The drug has been given to Long QT Syndrome patients for decade but was ineffective, sometimes even harmful, for a majority. Silva’s team wanted to learn why.

Traditionally, researchers have only been able to look at certain variables in the heart. The approach by Silva’s lab was to create a statistical model that connected the variable properties of a patient’s phenotype, or the physical expressions of a genetic trait. Using fluorometry, a technique that measures changes in a fluorescent molecule’s environment, they understood the nanoscale interaction of mexiletine within the heart’s sodium channel.

“What that told us was there was one part in particular, in the Domain III voltage-sensing domain, that was really correlated to the drug effect,” Silva said. “While theories before us had linked the regulation of drug block to a certain conducting state of the channel, we tied it to a particular part of the channel. This improved understanding of how the channel works and how this part affects drug block allowed us to make this prediction on whether or not patients would respond.”

To test their theory, Silva and his team looked at 15 different mutations from patients who were diagnosed with Long QT 3 syndrome and found a very strong correlation with one of the sodium channel’s electrical gates known as the Domain III voltage sensing domain, but not with the traditional variables that are used.

“That gave us a lot of confidence that the domain three voltage-sensing domain is controlling the patient’s response to the drug,” he said.

The team then applied its theory to blinded data of eight patients from the Priori group in Italy. When Silva’s team members sent their predictions back to the researchers, they discovered they had predicted correctly for seven of the eight patients.

Next, the team plans to conduct a larger clinical trial of its method.