Depression is a common condition that is associated with an increased risk for other chronic health problems, including substance abuse. 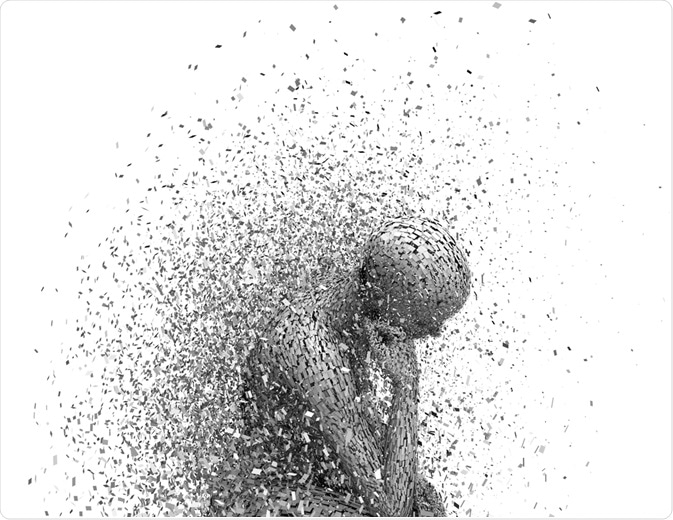 When a person is depressed, it can be tempting to relieve depressive symptoms by turning to drugs and/or alcohol. An estimated one-third of people with clinical depression engage in substance abuse as a form of self-medication to relieve feelings of hopelessness, low-self-opinion, and despair.

Although these chemical intoxicants may temporarily relieve symptoms, they can also make depression more severe and trigger or intensify the negative feelings and self-destructive behaviors associated with depression.

People who have depression are at an approximately 10% lifetime risk of suicide, a risk that increases to 25% if substance abuse is added to the equation.

The substances can also become addictive, with the body becoming more dependent on their effects, the more a person uses them. In this way, depression and substance abuse feed into each other, with one condition often making the other condition worse.

Over time, substance abuse may not only intensify depressive symptoms but also eventually lead to health problems such as brain damage.

According to the US National Institute on Drug Abuse, data indicate that people who are diagnosed with a mood disorder are at double the risk of developing a substance use disorder, compared with people who do not have a mood disorder.

A national survey by The Substance Abuse and Mental Health Services Administration found that in 2014, approximately 7.9 million adults in the United States had two co-existing mental health problems such as depression and substance abuse. Data gathered by the University of Utah also showed that 27% of people with major depressive disorder have a drug addiction. When disorders co-occur in this way, the term “dual diagnosis” is used.

People suffering from depression experience more than occasional feelings of sadness and symptoms can manifest physically, as well as mentally. Some common symptoms of depression include:

Most people experience at least one of these common symptoms at some point in their life, but for people with clinical depression, multiple symptoms persist for at least 2 weeks can become extremely dangerous. Signs of severe depression include suicidal thoughts, self-destructive behaviors and hallucinations or delusions.

Research has shown that many of the factors involved in depression also contribute to substance use disorders. For example, both conditions seem to stem from problems involving the same brain chemicals and pathways, as well as factors such as family history and previous trauma.

Studies have shown that people with depression have lower levels of dopamine; drugs of abuse are also known to alter dopamine levels. The hormone serotonin is the neurotransmitter most commonly associated with depression and other mood disorders. Similarly, people with alcoholism have alterations to serotonin receptors.

Stress and trauma during childhood

Stress and trauma during childhood also increase a person’s risk of developing both depression and a substance abuse disorder later in life. Examples of events that may trigger childhood trauma and stress include the death of a parent, sexual or psychological abuse, domestic violence, and neglect.

The Brain & Behavior Research Foundation states that, while an association between childhood trauma and depression in adulthood does exist, further research is needed to establish why susceptibility to depression is more common in these individuals.

Clinical research has suggested that exposure to stress during childhood lowers levels of the “feel-good hormone” oxytocin, which affects feelings of trust and bonding. A brain region called the hippocampus, which is involved in memory and emotion, also tends to be smaller in people who suffer from chronic stress.

According to the National Child Traumatic Stress Network, some research has shown that children who have been exposed to trauma, experience stress regularly, or have post-traumatic stress disorder (PTSD) are at an increased risk for substance abuse. The studies indicated that between one-quarter and three-quarters of people exposed to childhood trauma started using substances of abuse to help them cope with their feelings. Studies have even shown that these people find it difficult to stop using the substances because the negative emotions then start again.

Treatment of a dual diagnosis

Treatment for a dual diagnosis of depression and substance abuse usually attempts to treat both conditions simultaneously.

Without proper treatment for the depression that drives addiction, or vice versa, patients are at risk of returning to their addictive behaviors or experiencing a recurrence of depressive symptoms.

Treatment usually involves a combination of medication and therapy. Antidepressants may be prescribed to help stabilize mood and drugs that help patients withdraw from substances may be used, as required. At the backbone of treatment are therapies such as individual counseling and group therapy to provide a stable foundation for addressing the problems that are related to both disorders.

Sally has a Bachelor's Degree in Biomedical Sciences (B.Sc.). She is a specialist in reviewing and summarising the latest findings across all areas of medicine covered in major, high-impact, world-leading international medical journals, international press conferences and bulletins from governmental agencies and regulatory bodies. At News-Medical, Sally generates daily news features, life science articles and interview coverage.