Cannabis is a plant-based drug derived from the hemp plant (Cannabis sativa). Though long used as an illicit recreational drug, it is now being investigated for its medicinal properties. In 2016, over 190 million people used cannabis. 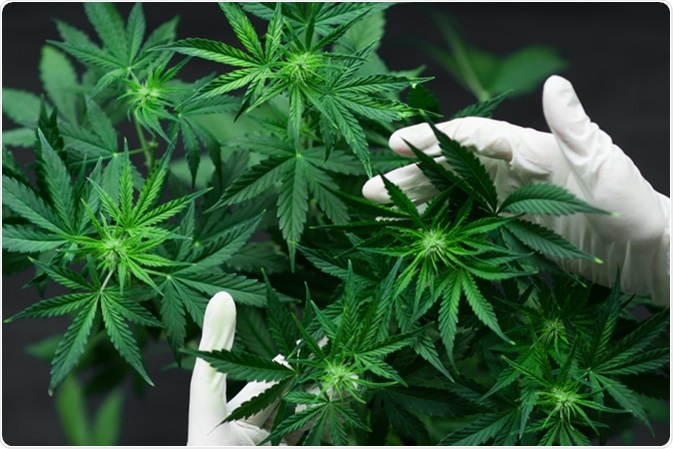 However, as evidence comes in about its association with mental health problems, the concern is mounting about such use.

A number of studies have been carried out, both epidemiological and neurological research. Many of them have shown a consistent increase in the rate of psychosis among people who use cannabis.

These studies have followed both case-control and cross-sectional design, covering large populations as well as groups at high risk. The findings from these studies, which have all been observational in nature, still suggest a cause-effect relationship between the use of cannabis and the occurrence of psychosis at an increased rate.

Psychosis is a term used to describe the severe mental disorder in which the patient experiences delusions, hallucinations, and other disturbances of cognition and behavior, which prevents normal daily functioning.

All the studies show the existence of a link between cannabis use and psychosis risk. The odds of psychotic symptoms increase by anywhere from 1.77 to 10.9 with the use of cannabis.

Moreover, several studies have shown that the risk increases with the increasing use of cannabis – indicating a dose-response relationship with a relative risk of 6.0, 1.77, and 6.8 in the groups with the highest use, depending on the study.

Though various outcome measures have been used in the different studies, such as a clinical diagnosis of psychosis, a diagnostic classification by self-reported data, and symptom scores, the association remains consistent.

Many newer studies have also accounted for multiple factors that could confuse the association, such as the sex, the age, the presence of psychosis or mental disorder before using cannabis, socioeconomic factors, family-related factors including parental divorce or abuse, and childhood trauma. Thus the observed link cannot be attributed to these factors alone.

A potential source of confusion between the cause and the effect in such studies is if the so-called effect is actually the cause – in this case, is the cannabis use a result of pre-existing psychosis, perhaps to ease the symptoms?

This has been controlled for as already stated above, by specifically looking for psychotic symptoms occurring before the use of this drug.

Moreover, a recent study used advanced modeling to conclude that psychotic symptoms were actually linked to a subsequent fall in cannabis use rates. Still, cannabis use was associated with higher psychosis rates.

Cannabis acts on the brain, mostly through the specific molecules that bind this drug, called the cannabinoid receptors. 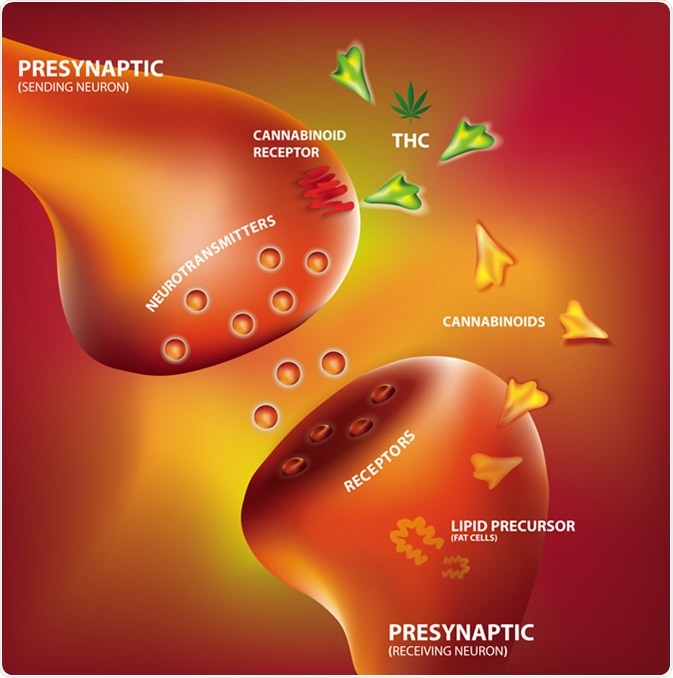 The form of cannabis that interacts with these receptors is called Δ9-tetrahydrocannabinol (THC for short). There are three types of receptors, and cannabis acts on them to trigger a course of neural impulses, which can cause a variety of changes in brain activity.

These effects include temporary positive and negative psychotic symptoms. Long-term use may, however, lead to more permanent damage in the pattern of neurotransmitter secretion, which may then serve as a chronic risk factor for psychosis.

The effects of cannabis on the brain may be mediated via increased dopamine synthesis and release, as well as inhibition of dopamine reuptake. The increased risk with the presence of mutant COMT strengthens this link.

However, it remains true that the majority of people who use cannabis do not develop psychosis.

Similarly, most people with psychosis are not cannabis users. In fact, some scientists think that only about one-tenth of psychoses are due to the use of the drug. Thus, avoiding cannabis use is not guaranteed to prevent psychosis.

On the other hand, experts do feel that in a minority of cannabis users who are 1) young and 2) vulnerable because of their susceptibility mental illness, cannabis does increase the risk of psychosis. It should be strongly discouraged by all available means.