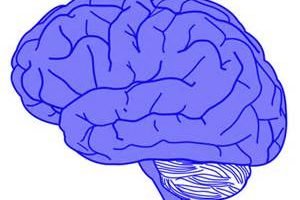 An international team of scientists, led by researchers at the University of Cyprus and University of California San Diego School of Medicine, have identified a previously unknown, large-scale association between molecular gene expression activity in blood leukocyte cells and altered neural responses to speech in toddlers with autism as measured with functional magnetic resonance imaging (fMRI).

The findings were published online November 26 in the journal Nature Neuroscience.

The large-scale gene-brain association occurs differently in toddlers diagnosed with autism spectrum disorder (ASD) and who have poor language development compared to toddlers with ASD and good language development or typically developing toddlers. This large-scale association involved a very large number of genes, many of which are commonly expressed in many tissues, including the brain and leukocytes, a type of blood cell.

“Many of the genes involved are known from other work to be involved in prenatal brain development are human-specific, are linked to vocal learning, and importantly, have been directly implicated in ASD by other genetic and postmortem studies,” said first author Michael Lombardo, Ph.D., assistant professor of psychology at the University of Cyprus. “The findings show that different molecular biological mechanisms underpin functional brain development in a subtype of ASD toddlers with poor language outcome, and this biology is present before such outcomes are known.”

Accordingly, say the authors, the work suggests that functional neuroimaging measures and gene expression levels in blood leukocyte cells may offer a novel in vivo way to identify brain-relevant molecular mechanisms in ASD.

“They also show how using peripheral blood samples could help inform our understanding of how brain development dynamically changes across the lifespan,” said co-senior author Eric Courchesne, Ph.D., professor of neurosciences at UC San Diego School of Medicine. “For example, the methodology behind this work can be utilized in the future to monitor how the biology of a patient, at molecular and neural systems levels, responds to treatment or changes over the lifespan across different outcomes.”

Early language development in autism is highly variable, noted the authors. “Some toddlers with autism are minimally verbal, while at the other extreme, many individuals develop language like typically developing toddlers,” said Lombardo. “An important and long-standing question has been whether these very different language profiles in autism are subtype distinctions that point to different biological underpinnings.”

“We need to better understand the biological underpinnings of different early language development in autism because early language ability is one of the most important predictors of early intervention response and later-life outcomes,” said Courchesne. “If we can understand that biology, this may have high impact in future work examining how to best facilitate change to the biology that can then substantially improve longer term outcomes for patients.”

At UC San Diego School of Medicine, a research team led by Courchesne and co-senior author Karen Pierce, Ph.D., professor of neuroscience and co-director with Courchesne of the UC San Diego Autism Center of Excellence, collected blood samples from 118 toddlers, average age 29 months or just under 2-and-a-half years old, and measured transcriptional activity of all protein coding genes in the genome.

The UC San Diego team additionally collected fMRI data during natural sleep from toddlers while they were passively exposed to speech stimuli. Using behavioral clinical assessment data collected repeatedly each year from one to four years of age, Pierce divided the toddlers with autism into subtypes that showed poor or good language outcome by three to four years of age.

Lombardo then used advanced biostatistics analyses to cluster genes into highly correlated “gene modules,” assessing how activity in the modules related to whole-brain neural response to speech. The researchers found that module activity linked to neural responses to speech was widespread across the genome, encompassing several thousand genes working in coordinated fashion.

The finding, said authors, was highly linked to in vivo fMRI response in living patients and is a methodological advance that could help improve how clinicians assess which individuals will respond to different kinds of treatment.

“Our method takes advantage of the fact that a large number of ASD-relevant and prenatal brain-relevant genes and gene networks broadly express in easily accessible non-brain tissues, such as leukocytes as well as in brain. By carefully analyzing such early age gene activity, it’s possible to advance understanding of this key biology in living toddlers with ASD. This unique method not only can have a huge impact on understanding the molecular bases of ASD, but also how to monitor changes in the biology as a function of early intervention. We think this method for linking molecular mechanisms in available peripheral samples, such as blood, with in vivo measures of the brain using neuroimaging helps us substantially.”