Migraines are a common type of headache disorder affecting approximately 20% of women and 7% of men. Due to the potentially debilitating symptoms experienced, research continues to investigate etiology, including the impact of body posture. 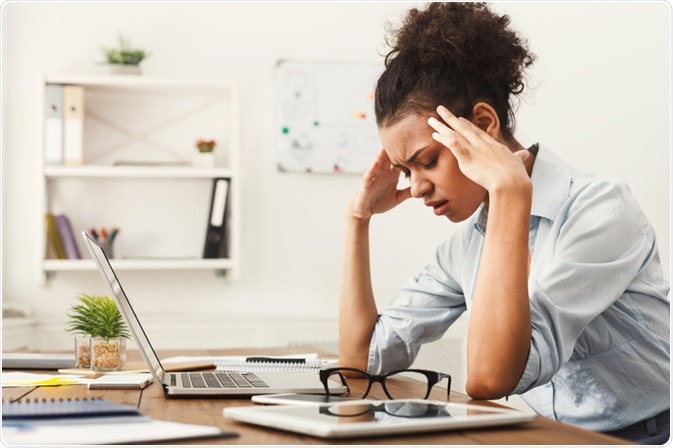 Migraines are often described as intense headaches experienced as a thudding pain on one side of the head. In addition to the pain, migraineurs may also develop a set of associated symptoms such as a heightened sensitivity to noise and light, feeling nauseated and vomiting.

Following the onset of the aura symptoms, individuals often develop a headache, or for some, no headache is experienced.

Research has identified a range of migraine factors that are thought to trigger migraines which can be categorized into five main types; physical, dietary, emotional, environmental, and those caused by particular medication.

Amongst the different cause types, specific triggers include hypoglycemia, dehydration, stress, bright lights, and the estrogen and progesterone pill, respectively. It is also suggested that body posture may be linked to the onset of migraines.

It is thought that poor posture can be a trigger of migraines. Some argue that despite migraines typically being viewed as a central pathway dysfunction, its associated symptoms can be considered to be peripheral as peripheral nociceptive stimuli are linked to the onset of a migraine episode.

It has been found that frequent migraineurs report stiffness, tenderness, and weakness of the neck with approximately 74% of this sample also experiencing neck pain. Due to this, research began to examine the relationship between the neck and head posture and the occurrence of migraines.

It is thought that poor posture such as forward head extension may result in tension build-up in the shoulders, neck, and upper back which can cause headaches and migraines.

Firstly, the occurrence of frequent migraines may be linked to a build-up of tension in the neck’s muscles, which subsequently cause dysfunction such as impaired mobility. Alternatively, any pre-existing dysfunction of the muscles of the cervical joint may act as a trigger for a migraine episode.

However, this study’s evidence is in contrast to research which found no significant relationship between the factors in those with cervicogenic headaches, tension headaches, and migraines.

One contrasting study investigating the effect of forward head posture and migraine onset found that women who experienced migraines did not have a larger forward head extension compared to women with no prior experience of headaches.

Due to the contradictory nature, more research may be required to establish the relationship between poor posture and migraines fully. It is also important to note that the majority of the studies typically involved female participants. Therefore, generalizability to male migraineurs may be limited.

How to improve posture and reduce migraines

If you believe that poor posture may be causing episodes of migraines, then there is a range of methods to employ to reduce further occurrence.

One suggestion is to regularly change your position in order to avoid standing or sitting in one specific position over a period of time. If sitting, it is recommended that you support your lower back and sit as straight as possible. An osteopath or physical therapist may also be able to assist in posture correction.