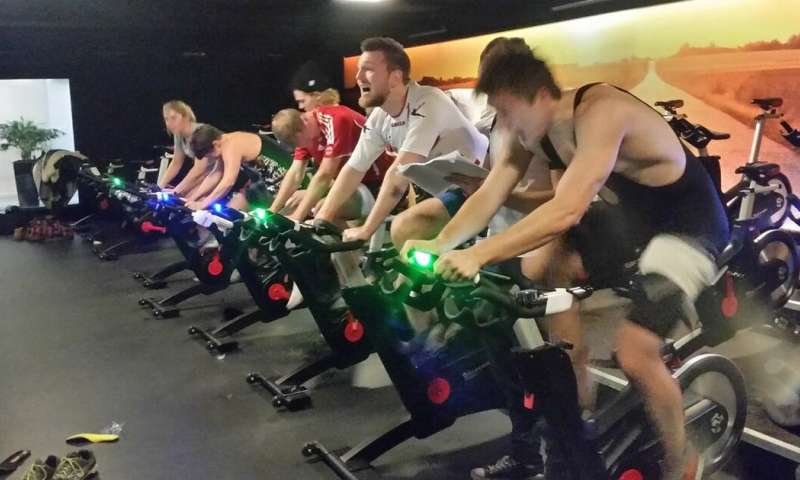 Strapping a band tightly around your limbs to reduce blood flow while training may seem like an odd way to boost athletic performance, but our latest study suggests that it does just that.

In our study, we show that if you do interval cycling with reduced blood flow by strapping nylon cuffs around your legs, you become markedly better at exercising to exhaustion compared with training without reduced flow. Also, your muscles take up a lot more sugar (carbohydrate) from the bloodstream, increasing the amount of fuel available for muscles to work during exercise.

This is good news for those engaged in endurance sports, such as long-distance runners, cyclists and football players, where muscle carbohydrate often becomes a limiting factor for performance.

With the Summer Olympics in Tokyo next year and many exciting endurance events in the autumn, this news is timely delivered for athletes and like-minded people to test if this new training method could boost their training response before entering the decisive period of the season.

Our study also raises the possibility that blood-flow-restricted training could be useful for people with type 2 diabetes whose muscles have a reduced carbohydrate uptake because of decreased sensitivity to insulin. (An insulin sensitive person needs smaller amounts of insulin to lower blood sugar levels than someone who has low sensitivity.) We still don’t know whether training with reduced blood flow improves insulin sensitivity, but research is underway to find out.

To reach their outcomes, we had ten active men train on indoor static bikes, three times per week for six weeks. In each training session, the men completed nine two-minute cycling intervals separated by one minute of recovery. One leg performed the intervals with reduced blood flow. This was accomplished by inflating a nylon cuff around the leg to a pressure of 180 mmHg, equivalent to four to eight times the pressure you find in a compression sock for running or cycling. The other leg trained without reduced blood flow (the control). 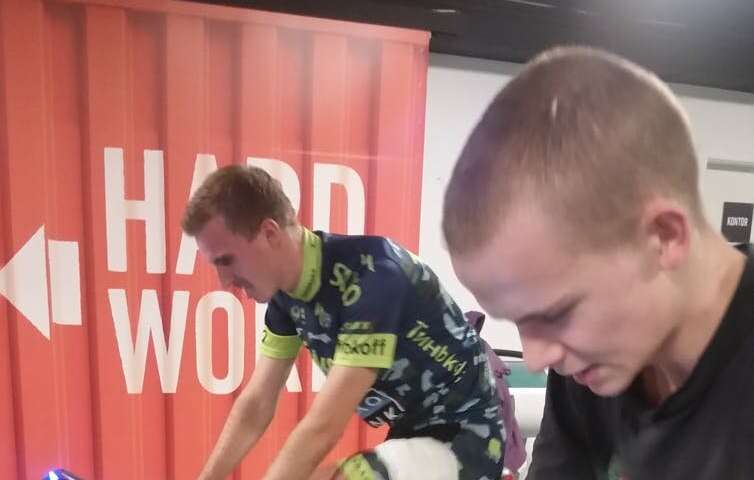 While both legs increased performance during incremental exercise to exhaustion, the leg that trained with reduced blood flow improved 11% more than the other leg. By simply adding a nylon cuff around the legs while training, you can boost your muscles’ endurance dramatically, our results suggest.

While strapping nylon cuffs around your legs during training is not a pleasant feeling—in fact, it can be quite painful – this type of training is safe. The reason it is effective for improving muscle performance is that it creates greater muscular stress than can be achieved by exercise alone. This stress speeds up the molecular processes essential for the muscle to improve with regular physical activity.

By inserting catheters in the main blood vessels draining the legs of the study participants, combined with ultrasound measurements, we were able to determine that the leg that trained with reduced blood flow became better at taking up carbohydrate as a result of the muscle extracting more carbohydrate, rather than more carbohydrate being delivered by the bloodstream. This was probably a result of several changes within the muscle, including better blood circulation and more proteins transporting carbohydrate over the muscle membrane, among other factors.

In an earlier study, we found that blood-flow-restricted training improves how the muscle deals with potassium, a mineral involved in regulating muscular pain and fatigue. This may also contribute to the observed better performance after this type of training by reducing perceived pain and fatigue at a given workload.