Attention Deficit Hyperactivity Disorder (ADHD) is a condition in children with a prevalence of 8-12%. It includes deficits in the areas of hyperactivity, inattention and impulsivity, which present over a wide range of clinical features. This is a validated diagnosis and has undergone much research in both the clinical and neurobiological aspects. 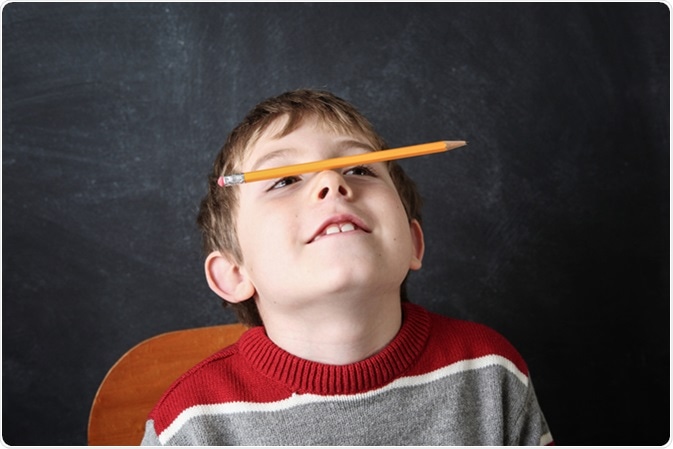 ADHD has an increased prevalence in the family members of patients, with the parents and siblings having a two- to eight-fold risk of the disorder compared to the general population. Environmental factors were excluded in one study to rule out their influence on this apparent heritability, but it confirmed the familial tendency of this condition, which has a heritability of 0.8 even after controlling factors like gender, family conflict and divorce, as well as socioeconomic status.

Adoption and twin studies confirmed the genetic contribution to the etiology of this condition by showing a higher risk among biological relatives as compared to adoptive relatives and also by the high concordance rate among identical twins.

Genome-wide linkage studies have examined several genomic markers and found linkage in several sites such as the 16p13 and 12q23. It also shares a peak in common with autism, namely, 15q15. While genomic regions implicated in various studies do not overlap with each other, this is possibly attributable to the low power of the individual studies.

Gene association studies have also been performed to identify possible susceptibility-related sites, which may make individual patients more vulnerable to specific environmental factors. This helps compare the frequencies of suspect alleles between groups diagnosed with ADHD and controls. Other comparisons have used transmitted familial alleles with non-transmitted alleles to identify the risk presented by each allele. These studies have been used to determine odds ratios (OR) for the risk of ADHD with each allele.

The genes studied include:

Overall ORs from all these studies, which showed significant results have ranged between 1.18 and 1.46, mostly with the dopamine receptor genes, showing a positive association with the development of ADHD. The conclusion is that genetic contribution to ADHD etiology is not monogenic, but due to the interplay of many genes, which individually have small effects.

Other neuroimaging research has shown that the prefrontal cortex and corpora striata are differently-sized in individuals with ADHD, with alterations in the way neural networks between these areas operate. These regulate executive function and impulsivity. Growth patterns are also delayed in the brains of affected people by 2-3 years. Norepinephrine and dopamine, which are powerful stimulatory neurotransmitters, are reduced in the ADHD brain in several studies.

In order to detect the real effect of a candidate gene, it may be necessary to define the subset studied with reference to the specific symptoms, the comorbidity, or the duration of the illness. In addition, larger sample sizes and meta-analyses will add power to the study. Further research may include neuropsychiatric function or imaging studies of the brain areas involved.

Polymorphism groups and interactions between the genes involved as well as the gene and environment are other areas in which research is likely to be fruitful in elucidating the mechanisms by which ADHD behavior is precipitated in susceptible individuals. Rare genetic involvements and uncommon patterns of transmission are also under study.

The nature and role of environmental factors is also yet to be studied, though some suspected risk factors include pre-pregnant maternal obesity, smoking in pregnancy, and substance abuse.