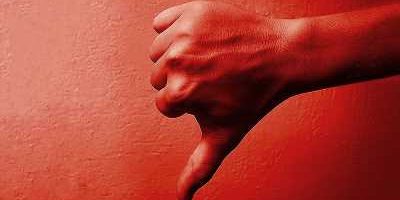 An influential, independent panel unanimously voted that aducanumab (Aduhelm) offers no benefit for patients with Alzheimer’s disease (AD), adding to growing opposition from medical experts to the US Food and Drug Administration’s (FDA’s) approval of this controversial drug.

The Institute for Clinical and Economic Review (ICER) asked one of its expert panels, the California Technology Assessment Forum, to consider the available data about aducanumab and requested that members vote on whether there was sufficient evidence of a net benefit of aducanumab plus supportive care vs supportive care alone. All 15 panelists voted no.

Several panelists, including ICER President Steven D. Pearson, MD, talked about their personal experience with family members who have the disease.

There was universal agreement among the panelists that there is an urgent need for effective medications to treat the disease. However, the panel of clinicians and researchers also agreed that the evidence to date does not show that the drug helps patients with this debilitating disease.

Panelist Sei Lee, MD, a geriatrician at the University of California, San Francisco, said he lost his mother to AD 6 years ago. In addition to his clinical work, Lee has conducted research focused on improving the targeting of preventive AD interventions for older adults to maximize benefits and minimize harms.

Lee said he frequently felt completely overwhelmed by the challenges of his mother’s disease.

“I absolutely hear everyone who is saying we need an effective therapy for this,” Lee said.

Lee added that as an experienced researcher who has weighed the aducanumab data, he saw no clear proof of a benefit that would outweigh the drug’s documented side effects in the two phase 3 trials of the drug. Those side effects include temporary brain swelling. Lee suggested that Biogen do more to address concerns about this side effect, saying it should not be ignored.

“There’s clearly substantial uncertainty” about aducanumab, Lee said. “If I had to guess, I think the data is stronger for net harm than it is for that benefit.”

Questions persist about the data Biogen used in support of aducanumab after announcing that the drug had failed in a dual-track phase 3 program.

As reported by Medscape Medical News, in March 2019, it was announced that two phase 3 clinical trials, EMERGE and ENGAGE, were scrapped because of disappointing results. The trials were intended to show that aducanumab could slow progression of cognitive and functional impairment, as measured by changes in scores on the Clinical Dementia Rating–Sum of Boxes (CDR-SB).

However, in October 2019, there was an about-face ― Biogen announced that in one of the studies, there were positive findings for a subset of patients who received a higher dose of aducanumab.

No treatment benefit was observed in either the high- or low-dose arms at week 78 in the ENGAGE trial. In the EMERGE trial, however, there was a statistically significant difference in change from baseline in CDR-SB score in the high-dose arm (difference vs placebo, -0.39; 95% CI, -0.69 to -0.09) but not in the low-dose arm, ICER noted in a draft report.

Still, there are questions about whether this difference would translate into clinical benefit. “Although statistically significant, the change in CDR-SB score in the high-dose group was less than the 1–2 point change that has been suggested as a minimal clinically important difference,” ICER staff wrote.

On July 14, the Cleveland Clinic announced it would not use aducanumab at this time, following a staff review of the evidence. Physicians from the clinic could prescribe it to appropriate patients, who would receive their infusions at external facilities, a spokeswoman for the clinic told Medscape Medical News in an email. The Cleveland Clinic said it will reevaluate this position as additional data become available.

In addition, as reported by The New York Times, the Mount Sinai Health System, in New York City, also decided not to administer the drug.

The drug received accelerated approval from the FDA. That approval was conditional upon Biogen’s conducting further research by 2030 that demonstrates that the drug has clinical benefit.

On July 14, the executive committee of the American Neurological Association (ANA) issued a statement asking for a speedier timeline.

The FDA should ensure that Biogen completes the required confirmatory study “as soon as possible, preferably within 3 years, to confirm or not whether clinical efficacy is observed,” the ANA executive committee wrote in the letter.

ICER will release a final report on aducanumab on August 5, drawing from the discussion at the meeting and the panel’s votes. The work of the Boston-based group is used by private insurers to inform medication coverage decisions.

Lawmakers have taken an interest in aducanumab. On July 12, two top Democrats in the US House of Representatives released a letter that they had sent to Biogen as part of their investigation into how the FDA handled the aducanumab approval and Biogen’s pricing for the drug.

In the letter, House Energy and Commerce Chairman Frank Pallone, Jr (D-NJ) and Oversight and Reform Chairwoman Carolyn B. Maloney (D-NY) wrote that they had “significant questions about the drug’s clinical benefit, and the steep $56,000 annual price tag.”

At the ICER meeting on Thursday, panelist Lee said patients with AD and their caregivers would benefit more from increased spending on supportive services, such as home healthcare.

“There’s so many things we could do” with money that Biogen may get for aducanumab, Lee said. “To spend it on a medication that is more likely to do more harm than help seems really ill advised,” he said.

Kerry Dooley Young is a freelance journalist based in Washington, DC. She is the core topic leader on patient safety issues for the Association of Health Care Journalists. Young earlier covered health policy and the federal budget for Congressional Quarterly/CQ Roll Call and the pharmaceutical industry and the Food and Drug Administration for Bloomberg. Follow her on Twitter at @kdooleyyoung.