A woman lost an eye after a parasite found lurking in shower water became stuck behind her contact lens.

Petra van Kalmthout, from Belgium, took a shower while wearing her lenses on a sailing holiday three years ago.

When her eye became red and painful days later, Ms van Kalmthout visited her GP, who prescribed her eye drops and creams.

Barely able to see from the agony, Ms van Kalmthout went to Antwerp University Hospital, where doctors discovered a acanthamoeba keratitis parasite in the cornea of her right eye.

Too late to treat with drops, surgeons tried twice to remove the parasite before they were forced to take out her eye.

After wearing an eye patch for three years, Ms van Kalmthout has since been fitted with a prosthetic but will always be partially blind. 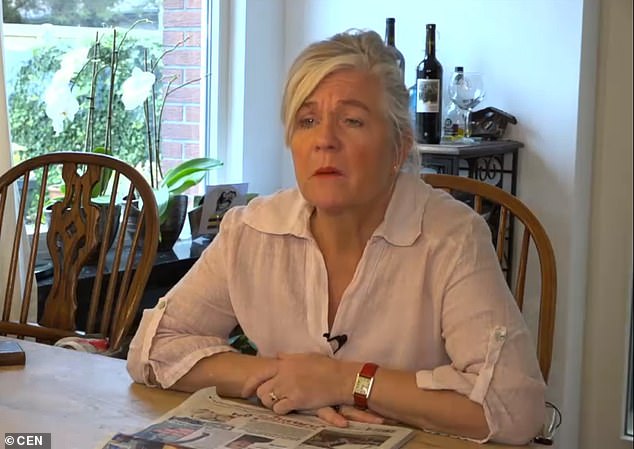 Petra van Kalmthout lost her right eye after a parasite lurking in shower water became stuck behind her contact lens. Pictured three years later with a prosthetic eye, she became infected with a acanthamoeba keratitis parasite in her cornea while showering and wearing lenses 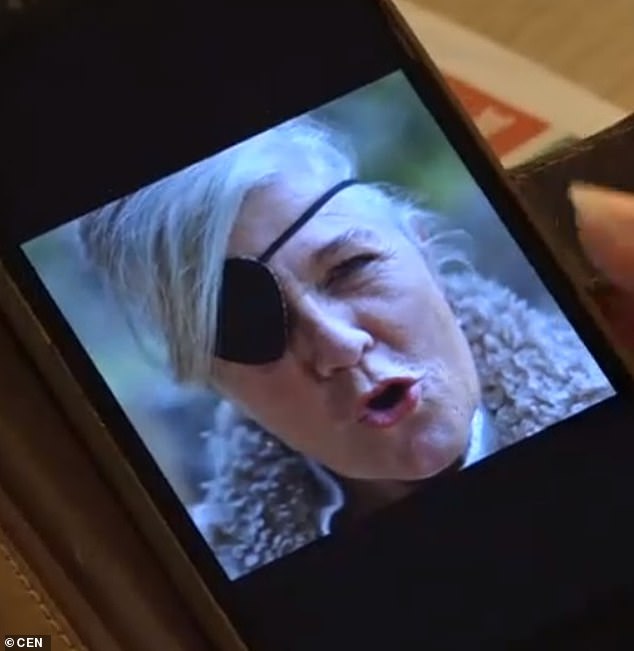 Speaking of her initial symptoms, Ms van Kalmthout said: ‘I came back on Saturday from holiday.

‘I had a party and in the evening my eye hurt a bit. I immediately took out my contact lens. I threw it away. The next day my eye was red and was even more painful.’

After going to see her GP and then specialist eye doctors, Ms van Kalmthout discovered it was too late to treat the parasite with chlorine eye drops.

‘When I had my eye removed it was the end of a period with pain,’ she said. ‘And yes, that you then have to live your life with an eye patch is a choice which you consciously make.’

Ms van Kalmthout has recently received an ocular prosthesis, which means she no longer requires an eye patch.

‘The water that comes out of the tap can cause a lot of suffering. For three years my eye determined my life,’ she said.

‘Now that I finally have a prosthesis I can grab life in my hands again. I will start by going a night out dancing.’

Around 45 people in Belgium get infected with a acanthamoeba parasite every year, however, it rarely has such dramatic consequences. Approximately 125 suffer annually in the UK.

Doctors advise against taking a shower or swimming while wearing soft contacts and say those who do so should throw them away immediately afterwards. There is much less of a risk with hard lenses because they repel water.

In all cases, contacts should be cleaned with special cleaner solution and not with tap water. 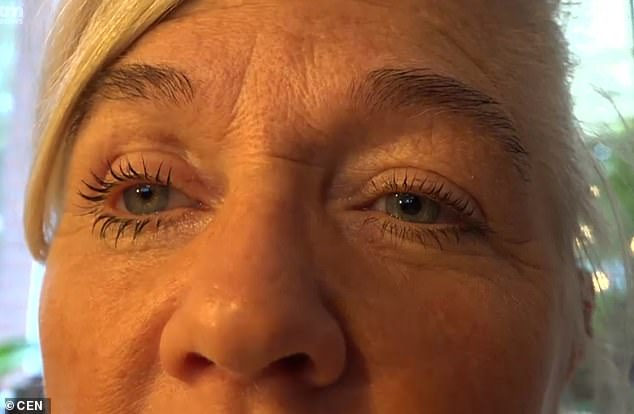 Pictured wearing the prosthetic, Ms van Kalmthout said she can ‘grab life in her hands again’ after everything revolved around her eye for years – and she first wants a night out dancing

Swimming while wearing contact lenses puts a person at risk of blindness.

Acanthamoeba keratitis (AK), an amoeba found in water around the world, can infect the cornea – the ‘clear window’ at the front of the eye.

The burrowing amoeba can penetrate through the eyeball, causing total vision loss within just a matter of weeks.

An analysis of all incidents recorded in the past 18 years showed that 86 per cent of patients had swam with their lenses in, according to a study published in the British Journal of Ophthalmology.

Contact lenses can create small abrasions in the eye, which make it easier for the amoeba to attach when the eye comes into contact with water.

As well as the risk of swimming, the scientists also highlighted the risk of rinsing lenses with tap water.

Acanthamoeba, which feed on bacteria, can be present in all forms of water, including lakes, oceans, rivers, swimming pools, hot tubs and even showers.

It can also be found in tap water and soil.

Although AK are generally harmless to humans, cornea infections can be extremely painful.

Treatment usually involves antiseptic drops that kill the amoeba, which may need to be taken every hour for the first few days, even while sleeping.