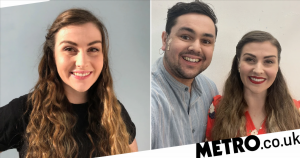 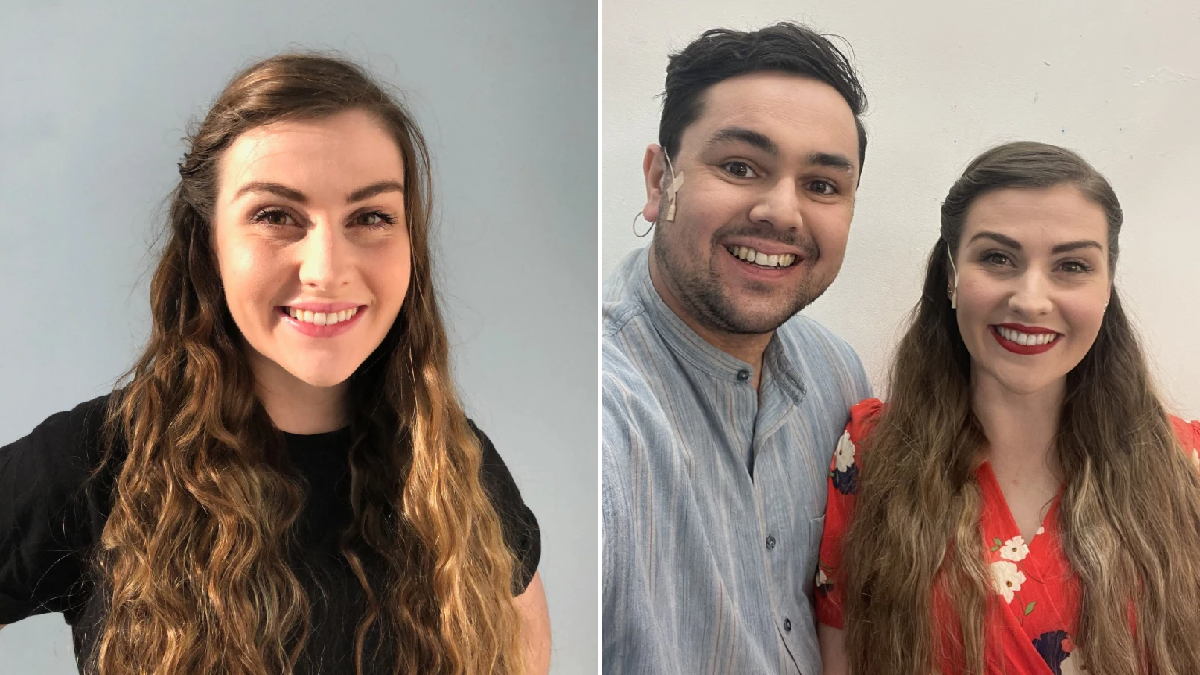 ‘I think having epilepsy was that push for me to say “live your life,”’ says 35-year-old Grace Upcraft, who was diagnosed with the condition in 2020.

Grace is sharing her positive story for National Epilepsy Week, in the hope that it will help reassure others experiencing seizures or going through a diagnosis.

The mum-of-one, from West Sussex, noticed something was off in February 2020 – when she experienced her first absent seizure while having friends over for dinner.

‘I felt a bit odd, like temporarily a bit tipsy, but I hadn’t been drinking,’ Grace recalls. ‘So I was confused – but it passed very quickly.’

Absence seizures – typically cause a person to blank out or stare into space for a few seconds.

Tonic-clonic seizure – defined by two phases: tonic and clonic. In the tonic, people might lose consciousness and go stiff. In the clonic, limbs jerk quickly and rhythmically.

Then a week later, in March, she experienced another one – this time on her own in a supermarket. While she didn’t panic, she knew something wasn’t right so called her mum and dad to drive her home.

That evening, Grace had her first tonic-clonic seizure when she was putting her two-year-old daughter to bed, causing her to blackout.

An ambulance came to take Grace to hospital, where her head was scanned for a brain tumour. When the results came back negative, the mum-of-one was sent home and told she wouldn’t be able to drive for year.

She tells Metro.co.uk: ‘I had no idea what was going on with me, but I kept saying I would be fine. I thought “well everyone can have one seizure in their life because of stress or being overtired – it doesn’t mean you get a diagnosis of anything”.’

Grace then experienced another tonic-clonic seizure the following day and returned to A&E with her husband. The doctors explained that, because it was in the same 24-hour period, it counted as the same seizure. As a result, medics said to monitor what was going on and stressed that Grace should not be left alone for the first week.

That very same week, the UK went into lockdown.

Over the next three months Grace kept experiencing absent seizures at home – and was unsure what was going on with her body. As a result, she was forced to give up her work as a book editor.

‘I was still present and aware but it was like I had very strong deja vu and I had all these images flashing through my mind,’ she explains.

‘And the deja vu was from when I had my last seizure – so it was very peculiar. I didn’t feel quite myself and my memory was shot to pieces.

‘That spring of 2020, that was the worst time because I didn’t know what I had. I was feeling unwell and tired every day.

‘I just wasn’t myself. That was the worst part – the loss of self. I thought my life may well not return to normal. I may not get back to my life again.’

In June, Grace experienced her next tonic-clonic seizure, causing her to collapse face-first into her desk – and giving her a black eye.

When she arrived at the hospital this time, she was immediately put on epilepsy medication.

Over the next few months Grace underwent numerous other tests – including one to see if she was photosensitive (sensitive to strobe lights), which came back negative – before eventually getting her epilepsy diagnosis in November 2012.

She continues: ‘I had a letter through the post that basically outlined the epilepsy diagnosis – and I was relieved, because I had a name to give to it

‘I’m a minimalist – so I like to make things simple and clear. So now I can just say: “I have epilepsy.”

‘I was relieved to get the diagnosis, it was an answer to everything.

Since being put onto the medication in June 2020, Grace hasn’t had another seizure.

Despite a difficult few months of uncertainty from February to June 2020, Grace says her epilepsy diagnosis has changed her life for the better, and has pushed her to do things she wouldn’t have considered before.

And since taking daily medication, Grace’s memory has slowly improved. So much so, she’s now managed to get back to the things she previously had to give up, like writing, and has even tried new ventures.

Now, the 35-year-old is an actor, performer and a costumer designer for her local theatre, and recently landed the lead role in their production of The Baker’s Wife.

She says: ‘I’ve actually seized the day. I’m thankful that it happened to me because before I was living my life, but having the seizures gave me this extra push.

‘I was quite nervous about joining amateur dramatics, but it’s a passion of mine. I love to sing, dance and act – and I’ve always thought “No, I’m not good enough. I’m too nervous”.’

Grace says, before her diagnosis, she would have only considering auditioning for ensemble roles, but her new appreciation for life prompted her to try for a lead role – which she got.

She adds: ‘Compared to two years previously, I’m like a completely different person.

‘In April 2020, I was right in the thick of it – with the pandemic and the absent seizures – I was very confused and not myself. Fast-forward two years later to April of 2022 and I’m standing on the stage in an amateur dramatics production of a show called The Baker’s Wife – and I’m playing The Baker’s Wife.

‘It felt really emotional for me because I just thought “I am here now, I’ve come so far.”‘

The 35-year-old now hopes that sharing her positive story will help reassure others with epilepsy and give them hope that it can get better.

‘I really needed to hear a positive story back then I felt I felt quite alone – because the NHS was very busy with something a lot bigger [Covid],’ she explains.

‘I just really would have benefited from reading someone’s positive story.

‘Getting through this has been one of the greatest achievements of my life.’

Grace also encourages anyone who has been diagnosed with epilepsy to try and not let it define them.

‘You might feel off for a while because your brain takes an absolute battering when you have a seizure, so just look after yourself, sleep and know that, for most people, it does get better.

‘You just have to hold on to that.’