Will weed edge out alcohol? Here’s why there’s no sign of it so far

There’s little evidence so far of many people drinking less to make room for legal cannabis, largely because people use the two substances in different ways, a market research expert argues.

“They are very different,” says Mike Rodenburgh, an executive vice-president at Ipsos.

In general, people use cannabis to relax in private, while they use alcohol as a social lubricant with other people, he says.

What will cannabis drinks’ labels say? Here’s why ‘barley soda’ is a possibility

Cannabis isn’t denting alcohol sales so far, but drinkable THC might change that

8 ways we treat weed differently from alcohol. (Do any of them make sense?)

“Our data tells us that roughly 10 per cent of recreational cannabis consumptions occasions, what people are actually doing is housework,” he says. “They’re ironing, they’re vacuuming, they’re cleaning their house.”

“When we talk to consumers who use recreational cannabis to work around the house, they tell us that cannabis makes that activity less monotonous and boring. Generally speaking, people don’t have a glass of wine and go vacuum.”

There are a limited number of situations in which cannabis could simply be substituted for alcohol, he says.

“Are you using recreational cannabis as a social lubricant, in which case alcohol might be more affected? Or are you using cannabis to relax and unwind at the end of the day? Who are you with? Are you alone, are you with somebody else? Are you pairing your wine or beer or liquor with food, or not? Most cannabis is not consumed with food.”

Over two-thirds of cannabis consumption doesn’t happen with food, he says. However, 60 per cent of alcohol consumption is paired with food; that rises to 76 per cent for wine.

To the extent that cannabis replaces a significant amount of alcohol consumption, it might be something that develops slowly over a number of years, he says.

“I think it’s going to be a slow and gradual process if there is a pronounced shift away from alcohol toward cannabis. People are generally creatures of habit. There’s very little sign of it happening right now.”

At least so far, cannabis legalization doesn’t seem to be denting alcohol sales. In P.E.I., where both alcohol and cannabis are government monopolies, legalization has had no effect at all on alcohol consumption, based on sales figures.

However, one game-changer might be cannabis beverages, which will be available on the legal market starting in October.

Makers are hoping to offer drinks with water-soluble THC, which will give quick feedback, much like alcohol. Fat-soluble THC can take hours to take effect, making it hard to estimate doses properly.

Some products resemble traditional formats for wine and beer, while others sold in the U.S. are THC-infused lemonade.

Cannabis retailers have been preparing for the shift. All 12 cannabis stores in Nova Scotia are being renovated to include refrigeration space, for example.

“It is much more familiar and acceptable to Canadians to drink a cannabis beverage at a party than it is to smoke cannabis at a party,” Rodenburgh says. “You can just do it more openly without affecting others around you.” 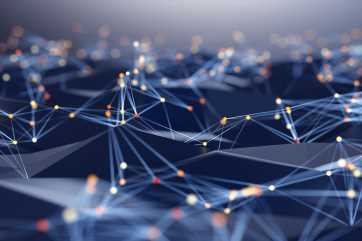