Why Dragons' Den tycoon's daughter was told she needed a hysterectomy

‘It has broken my heart’: Why Dragons’ Den tycoon Peter Jones’s daughter Annabelle was told she needed a hysterectomy just months before her 30th birthday

The daughter of Dragons’ Den tycoon Peter Jones has told how a crippling condition suffered by millions of women has almost destroyed her dreams of being a mother – at the age of just 29.

Annabelle Jones, who is single and lives in Oxfordshire, was diagnosed two years ago with endometriosis, where tissue that would normally form the lining of the womb starts to grow in other parts of the body.

Growths can appear in the ovaries, bowel, bladder – even occasionally the spine, lungs or brain. Since it behaves just like womb tissue, swelling and bleeding every month during a woman’s period, it triggers inflammation, extreme pain and internal scarring.

And because it is often dismissed by doctors as merely heavy periods, many women go undiagnosed for years. The charity Endometriosis UK says 1.5 million women in Britain are affected, and on average it takes eight years to be properly diagnosed. In Annabelle’s case, it took ten.

For some, the pain is so bad that it affects their education, career, sex life and mental health – with some surveys showing that up to half those with the condition have experienced suicidal thoughts. 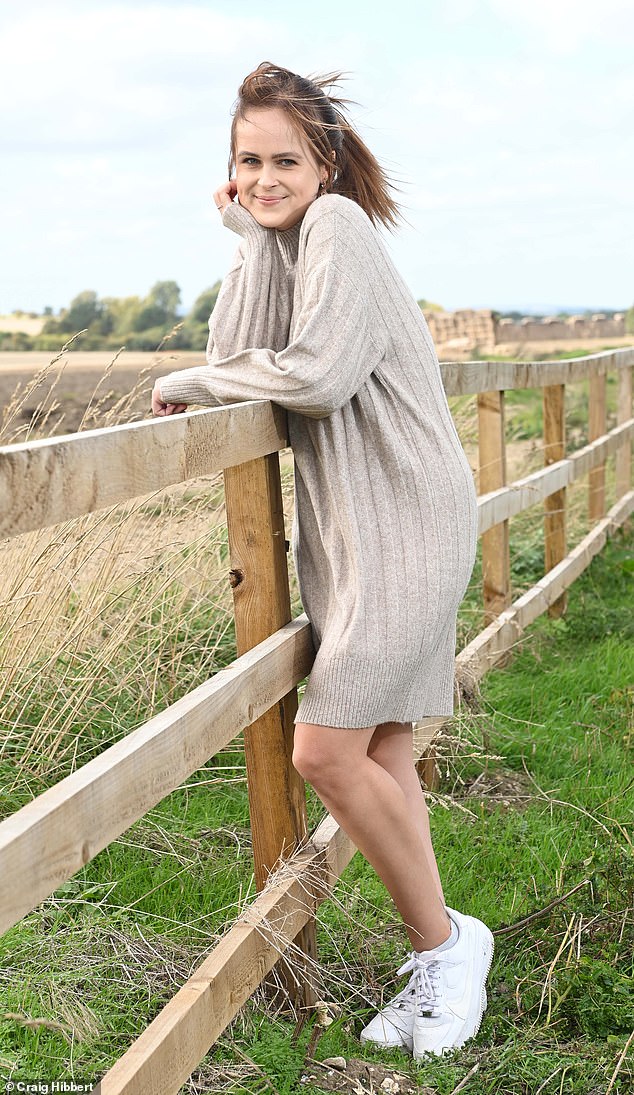 Annabelle Jones (pictured), who is single and lives in Oxfordshire, was diagnosed two years ago with endometriosis, where tissue that would normally form the lining of the womb starts to grow in other parts of the body

The precise cause is unknown but it is thought to be due to a number of factors – including family history or a malfunctioning immune system.

Many women with endometriosis can conceive, such as Love Island star Molly Mae Hague, who is currently expecting a baby with her partner Tommy Fury.

But Annabelle’s case is severe, and complicated by the fact she also suffers with polycystic ovary syndrome, where problems with the ovaries trigger a hormone imbalance in the body and lead to irregular periods.

Now, just five months from her 30th birthday, she has been advised her best option is a full hysterectomy – a major operation to remove all her reproductive organs, including her ovaries.

While it could end her suffering, it would also leave her unable to have children biologically.

‘It has broken my heart,’ says Annabelle, the eldest of Peter Jones’s five children. ‘It took ten years to be properly diagnosed with endometriosis, when I was 27. Before that I was constantly told I just had bad periods. There were endless doctors’ appointments and countless scans, and I was prescribed a range of different contraceptive pills.’ 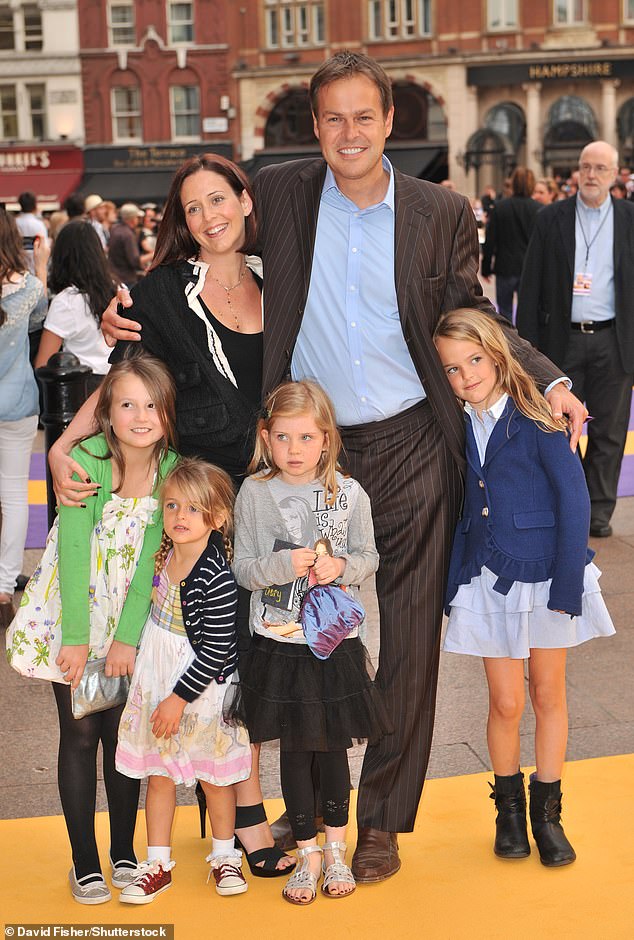 Annabelle’s case is severe, and complicated by the fact she also suffers with polycystic ovary syndrome, where problems with the ovaries trigger a hormone imbalance in the body and lead to irregular periods. Pictured: Peter Jones and his family at Hannah Montana: The Movie premiere in 2009

After a referral to an NHS gynaecologist failed to reach an accurate diagnosis, Annabelle went private. It still took four more years and appointments with three different consultants at a Spire Healthcare private hospital in Surrey before her problem was discovered, in August 2020.

Annabelle, who works in a nursing home, says: ‘It is crazy what we have to go through to get a diagnosis.

‘I had told numerous doctors and nurses that I had the symptoms, but was ignored. Is lying on the floor screaming and crying in pain, being sick and fainting not bad enough? My endometriosis could have been more controlled if I had been diagnosed sooner.’

Two rounds of keyhole surgery to remove the build-up of cells caused by the endometriosis have not bought her time, as expected, and have not resolved the problem. After a brutally honest conversation with her consultant, it was agreed that a hysterectomy was the only other option.

Most women having this surgery are in their forties or fifties and now Annabelle is in a race against time to try to conceive and give birth before having her reproductive organs removed.

She plans to postpone the operation for up to three years if possible and paid a private clinic last month to extract 32 of her eggs. She is waiting to hear how many are viable for freezing, but she hopes those that are will give her the option to conceive using a sperm donor in the event she does not meet a willing partner in the meantime. 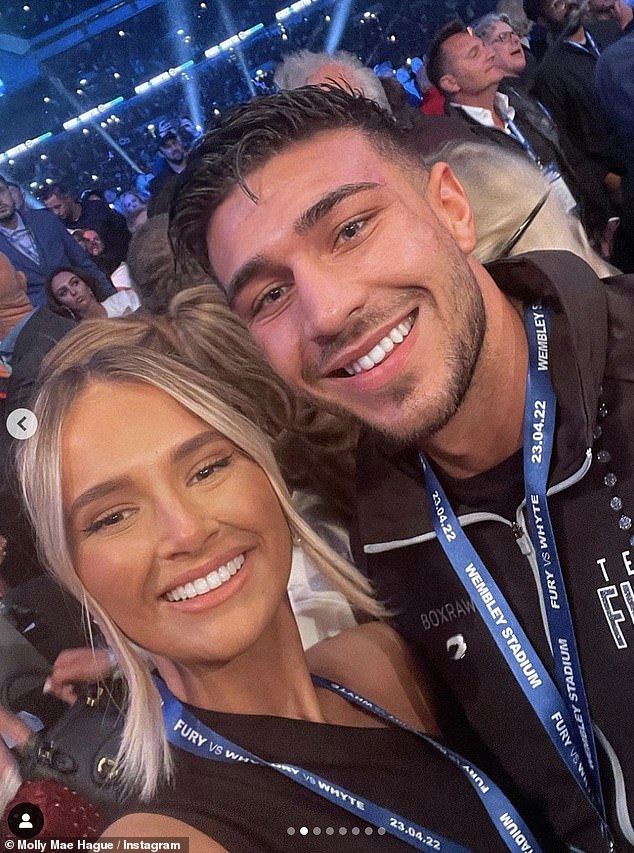 Many women with endometriosis can conceive, such as Love Island star Molly Mae Hague (left), who is currently expecting a baby with her partner Tommy Fury (right)

The Human Fertilisation and Embryology Authority (HFEA) says the average cost of having eggs collected and frozen is £3,350, with an extra £350 for storage. Thawing costs another £2,500 – bringing the total bill to about £8,000 or more.

But HFEA warns that the success rates for frozen eggs are low, and some research suggests fewer than one in five women who use their frozen eggs to try to conceive are successful.

But Annabelle believes her wish to be a parent makes it a gamble worth taking. ‘I really cannot process it all, especially when those around me are announcing pregnancies, or are getting married, which normally means babies will be thought about soon.’

Annabelle says the pain each month is so unbearable it leaves her screaming in agony. Sometimes, even the strongest dose of prescribed medication – the opioid-based painkiller co-codamol – doesn’t help.

She believes that much will depend on whether she can continue to tolerate the period pain, which drastically limits her social life and threatens to jeopardise her ability to go about her everyday life. ‘I don’t want to have another three years of my periods the way they are,’ Annabelle says. ‘But time is running out.

‘The hardest part is, I cannot imagine life without being a mum. I would give everything not to go through this right now.’

Endometriosis occurs when cells in the lining of the uterus are found elsewhere in the body.

Each month, these cells react in the same way as those in the uterus; building up, breaking down and bleeding. Yet, the blood has no way to escape the body.

Symptoms include pain, heavy periods and fatigue, as well as a higher risk of infertility, and bowel and bladder problems.

Its cause is unknown but may be genetic, related to problems with the immune system or exposure to chemicals.

Treatment focuses on pain relief and improving quality of life, which may include surgery or hormone treatment.