What's the best way to mask the dangers of toxic air pollution?

From supplements to shield your skin to room filters… What’s the best way to mask the dangers of toxic air pollution?

Breathing in the air in some areas of the country is equivalent to smoking 160 cigarettes a year — that was the suggestion from the British Heart Foundation recently, which warned that air pollution is becoming a ‘public health emergency’.

So how can we protect ourselves?

MANDY FRANCIS asked experts to assess some of the pollution solutions on offer.

We then rated them. 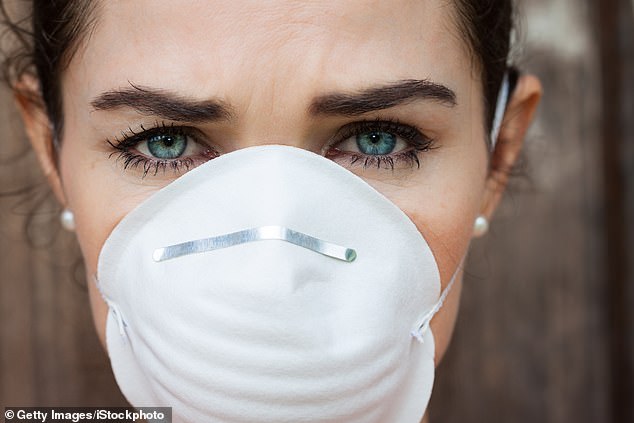 CLAIM: This box has sensors that track pollutants such as dust and volatile organic compounds (or VOCs, chemicals released by cleaning products, burning fuel and cooking which can be harmful to health, particularly for anyone with a pre-existing lung condition).

Readings can be seen on a monitor and it sends data via an app to your smartphone. The app also offers tips to improve the air quality such as turning on an extractor fan when cooking. 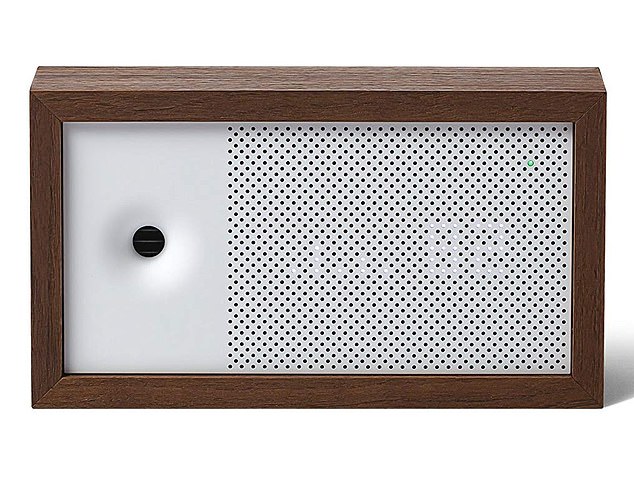 EXPERT VERDICT: Tim Robinson, a chemist and air quality analysis expert, says: ‘The practical tips the app offers are helpful; the monitor will also alert you to activities that can cause pollution ‘spikes’ such as frying food or painting a room, and encourage you to adjust your habits for better health. If you have allergies, a respiratory disease such as asthma and bronchitis, or live near a busy road — then this could appeal to you.

These types of home air quality monitors are not intended to be super-accurate but they offer a useful way to keep an eye on the general air quality in your home.’ 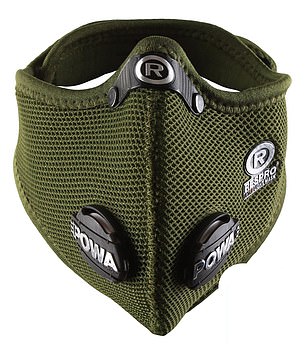 The mask is ‘perfect for urban areas’

CLAIM: ‘Perfect for urban areas high in diesel particulates and hot, dusty conditions’, this mask will stretch to allow a tight fit, and has a HEPA-type (high-efficiency particulate air) filter in the lining to trap harmful particles.

EXPERT VERDICT: ‘Once inhaled, pollution particles — or particulate matter — from vehicle exhausts or wood-burning stoves can get deep into the lungs and trigger or worsen lung diseases,’ says Claire Horwell, a professor of geohealth (a form of environmental health) at Durham University.

‘Filters like the one in this mask will trap tiny particles such as soot from diesel, but won’t filter out other harmful gases.

‘An anti-pollution mask needs to make a good seal to your face to keep pollutants out. A nose clip, two head straps and a style that hugs the contours of your face are desirable.’

Dr Max Malik, a dermatologist based in Birmingham, adds: ‘Masks like these can irritate the skin and if not kept clean, can cause a build-up of bacteria which can contribute to acne and dry skin. If you are going to wear something like this, you will need to wash it after each use with a gentle antiseptic.’ 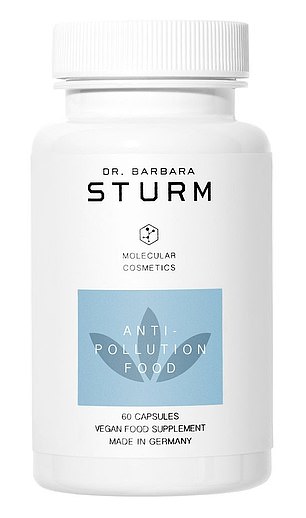 This is a supplement containing adaptogens

CLAIM: This is a supplement containing adaptogens — plant extracts such as ashwagandha (Indian ginseng) and schisandra (a Chinese fruit) — and vitamin E, which are said to ‘promote skin’s natural barrier function and combat damage caused by pollution’. Take two capsules a day.

EXPERT VERDICT: Dr Malik says: ‘There has been research that suggests supplements with vitamin E may help to protect against pollution damage, which can also trigger respiratory conditions.

‘Vitamin E is thought to stop the production of damaging compounds formed in the body when it is threatened by environmental hazards such as cigarette smoke and air pollution — damage which can cause premature skin ageing and worsen skin conditions such as acne and eczema.

‘But there’s no scientific evidence that the herbal ingredients here are effective and at this price, I wouldn’t recommend it.’ 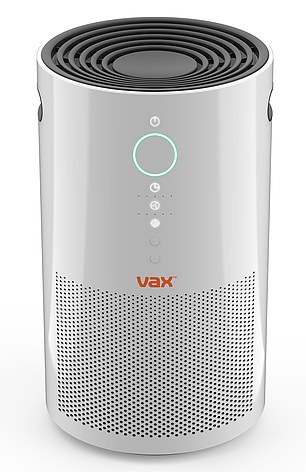 CLAIM: This remote-controlled air purifier is said to ‘remove up to 99 per cent of potentially harmful airborne pollutants, allergens and bacteria from the air’. It uses a HEPA filter to trap particles and releases clean air.

EXPERT VERDICT: Tim Robinson, who is head of science at Airtopia, a company that provides indoor air quality tests, says: ‘HEPA filters will reduce the amount of particulate matter in a room, as well as allergens such as pollen, dust and pet dander. However, this device won’t remove VOCs because the molecules are too small — you need a product with an activated carbon filter, which has millions of tiny pores to trap microscopic particles.

‘For the best results, it is important to match the air purifier’s capacity to the size of the room you want to treat — a retailer can advise — but this model is suitable for rooms up to 105m2.’ 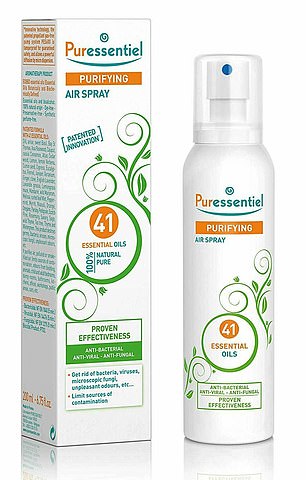 A ‘purifying’ spray that masks odours

EXPERT VERDICT: ‘Products like this temporarily mask odours,’ says Tim Robinson. ‘But won’t get rid of harmful particles such as dust and pollen that we can inhale and can contribute to lung complaints.

‘In fact, spritzing this into a room will only add to the number of pollutants in the air: in particular there are concerns over lemon fragrances, which have been shown to contribute to the formation of irritating by-products, including formaldehyde.

‘This can irritate the eyes, nose and skin and cause breathing problems for people with asthma.’

Will house plants protect you?

CLAIM: A collection of four plants, including an Areca palm and Spathiphyllum (Peace Lily) said to neutralise harmful gases by absorbing them and breaking them down. 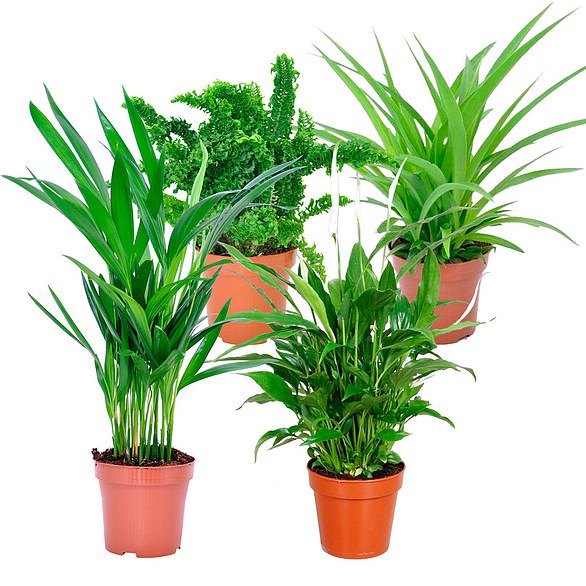 EXPERT VERDICT: Tim Robinson, an air quality analysis expert, says: ‘NASA research in the Eighties and Nineties suggested some houseplants — include these particular varieties — can help purify the air in our homes by filtering out toxic agents such as benzene and ammonia from the air.

‘They do this by absorbing these gases through their leaves and roots — and also through the microorganisms that live in their soil.

‘The suggestion was, at that time, that at least two “good-sized” plants per 100 square feet were needed to make a useful difference to air quality.

‘However, most of the studies involved testing plants in laboratory conditions, rather than our homes. At home, the typical levels of airborne chemicals will significantly overwhelm the plants’ capacity to remove them.’ 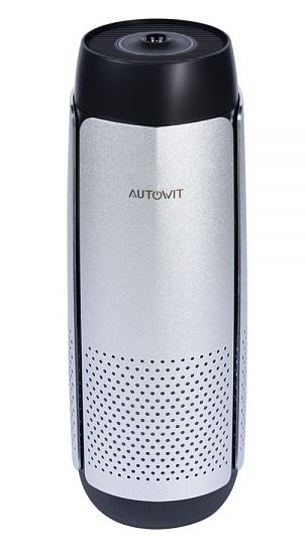 A flask-sized air purifier for your car

CLAIM: A flask-sized air purifier for your car — with HEPA and activated charcoal filters. Plug it in to a USB port or cigarette lighter port and it ‘removes 99 per cent of airborne pollutants in minutes’. A light on the device changes colour — from red, to amber and green — depending on the air quality in your car.

EXPERT VERDICT: ‘Driving on busy roads — unless you drive with the windows closed and the air conditioning set to recirculate the air in your car — will mean you are exposed to high levels of exhaust fumes, dust and pollen,’ says Tim Robinson.

‘In-car devices such as this one can be useful for removing allergy triggers such as pollen and dust; while the HEPA filter will remove the majority of harmful pollution particles. However, a fixed HEPA and carbon filter on the inlet to your car’s ventilation system would be even more effective as it would help stop the pollution getting into your vehicle in the first place.’

THIS WORKS IN TRANSIT POLLUTION SHIELD 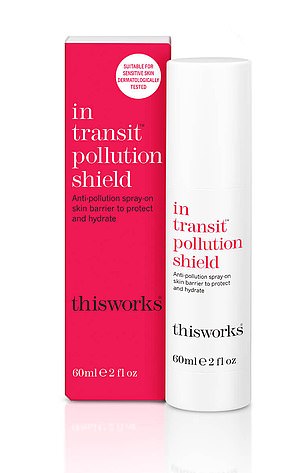 The spray is designed to ‘trap carbon particles’

EXPERT VERDICT: Dr Malik says: ‘Research suggests airborne pollution such as that from exhaust fumes is linked to skin sensitivity, premature ageing, dull skin, and pigmentation as they can sit on the skin, drying it out and causing irritation.

‘This cream contains soothing ingredients and is designed to act as a barrier between these harmful pollutants and our skin — but there’s no evidence that it prevents their harmful effects.

‘Instead, cleanse your face at night with a good cleanser to remove accumulated pollutants.’ 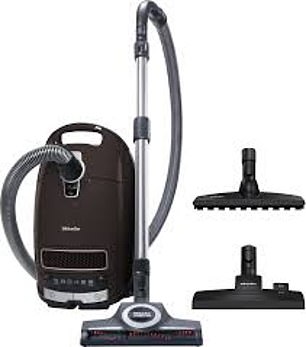 This vacuum removes pollutants and allergy triggers such as dust, pollen and pet hair

CLAIM: A cylinder vacuum cleaner fitted with a HEPA filter, dust bag and ‘turbo brush’ to remove pollutants and allergy triggers such as dust, pollen and pet hair.

EXPERT VERDICT: ‘Regular vacuuming and dusting can help to remove allergens such as pollen, dust, mould spores and pet hair dander from surfaces and floors in the home,’ says Tim Robinson.

‘And This vacuum is more efficient than most. The robust dust bag promises to capture at least 99 per cent of particles inside it and any that do escape — which is common with most vacuums — are then caught in a HEPA filter, so the air that leaves the vacuum is clean. It also has a turbo brush to efficiently capture particles and hair. it’s pricey, though.’