What is the Neutral Theory of Molecular Evolution?

The neutral theory of molecular evolution describes how the differences between and within species came to be. 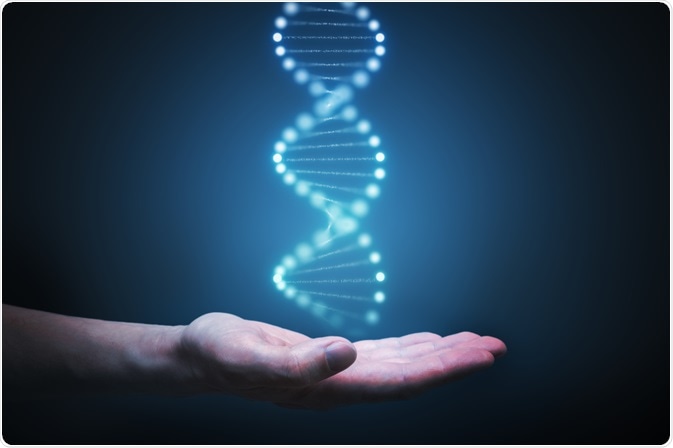 The theory asserts that the majority of genetic variations within a species are neutral, meaning that do not positively or negatively impact the organism. It also suggests that the differences between and within species have evolved by neutral mechanisms, rather than Darwin’s natural selection.

Change in DNA sequences is commonly brought on by mutations. Mutations can be inherited, but are also occurring during cell replication. When a mutation arises that is advantageous to the individual, certain advantages in life and reproduction may ensue.

Advantageous mutations, therefore, have a selective advantage, where they can be selected for and spread throughout the population. Deleterious mutations, on the other hand, are more likely to be removed from the population. Mutations can also be neutral or nearly neutral, where they do not cause significant changes in functioning to the organism.

Basis of the neutral theory of molecular evolution

The neutral theory of molecular evolution was first proposed by Motoo Kimura in 1968, and independently by Jack King and Thomas Jukes in 1969. At the time, studies on genetic sequences were showing that the previous idea which postulated that most of the differences between species were caused by selection on advantageous mutations was actually not true.

The neutral theory instead proposed that the majority of molecular changes, such as in DNA sequence, are caused by random processes acting on selectively neutral mutants, meaning they inferred no advantage or disadvantage.

By using complex calculations, Kimura showed that the rate of evolution cannot be explained by positive or negative selection because it is too high and that many mutations must instead be neutral. Neutral mutations become widespread by a process called random genetic drift, in which a mutation spreads throughout the population due to chance alone.

While the neutral theory diminishes the role of classic Darwinian selection, in which evolution is due primarily to beneficial alleles, the concept is actually not anti-Darwinian. The theories share several aspects, such as the recognition that positive natural selection underlies adaptation to the environment, and that new mutations in regions with important functions are usually deleterious, which is why they are removed and do not contribute to variation between or within species.

The point of disagreement is how large a role advantageous and neutral mutations play in differences between and within species.

What was the impact of the neutral theory?

DNA sequence data grew in use during the late 20th century, and many of the discoveries from these sequencing experiments supported the predictions of the neutral theory. For example, it was found that changes in protein sequences were more likely to be conservative (i.e. less likely to affect protein function) than radical, and that pseudogenes (“dead” genes which do not have a function) evolve at a high rate.

Both of these findings were seen as support for the idea that divergence between species is due to neutral evolution in less functionally important regions. In other words, if most mutations were adaptive, more changes in important genetic regions than would be expected.

The neutral theory was questioned when initially published, but evidence seemed to mount in support of the theory. Some aspects of the neutral theory are now generally accepted, such as that neutral mutations exist, that large parts of many eukaryotic genomes are non-functional, and that neutral variation is widespread.

However, in 2018, a paper strongly contending the neutral theory was published and stirred up debate. This new paper, by Andrew Kern and Matthew Hahn, criticized the grounds on which the neutral theory was founded and the evidence produced since, and claimed that the idea that neutral mechanisms ultimately cause within and between species differences should be dismissed. The debate that followed discussed the roles of positive and negative selection in genetic variation.

Kern and Hahn encouraged that scientists “firmly reject its universality”. Despite this, the neutral theory appears to be still mostly accepted. Rather, modifications to terminology, and the assumption that differences in single nucleotides are selectively neutral can be misleading in certain cases.