What is Experimental Criminology?

Each year the criminal justice system in the United States costs taxpayers about $280 billion USD, which funds municipal policing and the maintenance of state prisons and local jails. Experimental criminology aims to reduce the financial burden that crimes pose to nations, as well as improve safety in the process, by understanding what causes crime to occur and what are effective policy responses to crime. 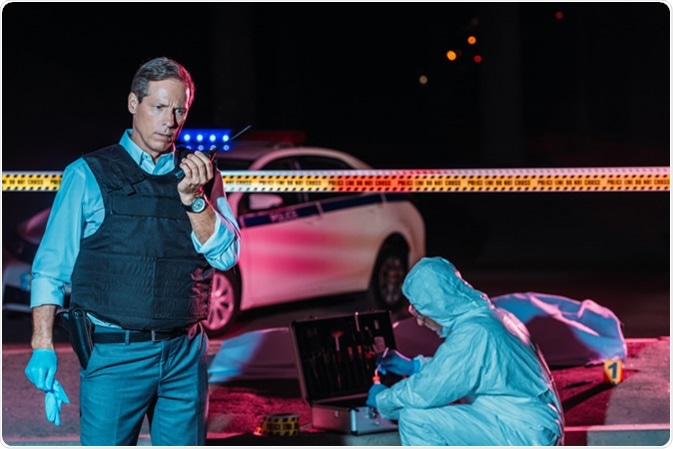 Exploring the Role of Police on Crime

One of the earliest experimental criminology case studies on the effect that police have on crime was a randomized trial conducted in Kansas City, Missouri, in 1974. In this year-long study, the researchers were primarily interested in investigating the effectiveness of preventative patrol by the Kansas City police department.

Since this 1974 trial, several other randomized studies have been performed to investigate the value of police on altering crime rate. For example, 120 of Philadelphia’s most violent intersections were randomly chosen to either receive standard patrol services or police foot patrol. The blocks that were patrolled by officers on foot for 16 hours a day experienced 23% less crime as compared to those receiving standard patrol services. While the more recent studies indicate that the presence of police does play a role in changing crime rates, more sophisticated statistical analyses and experimental designs are still needed to fully elucidate the mechanisms that dictate this complex relationship.

The Effect of Courts and Sentences

Each year more than 2.3 million people are incarcerated in the United States, which is more than any other nation in the world. The aim of punishing criminal offenses with fines, probation, incarceration, death, and other sanctions is to deter both the convicted individuals and the general population from committing future offenses. In an effort to examine the long-term effects of mass incarceration, both socially and economically, as well as ­court sentencing and criminal rehabilitation, criminologists can employ a variety of innovative statistical methods.

In 1993, an Accident Analysis & Prevention quasi-experimental study investigated whether a two-day jail sentence for first-time driving while intoxicated (DWI) offenders provided a significant deterrent for future offenses. In this study, two judges were primarily responsible for sentencing DWI offenders in Hennepin County, Minnesota. While one judge was known for sentencing first-time drunk drivers 73% of the time, the other judge only sentenced these individuals 14% of the time.

The study found that of the 383 offenders that were sentenced by both the judges, 60 were reconvicted within 23 months after their initial sentence. There was no significant difference between individuals who were sentenced by one judge as compared to the other, thereby concluding that jail time, in this case at least, did not provide a specific deterrent to future crime.

The ‘broken windows’ theory of crime states that the appearance of disorder, such as litter, graffiti, public drunkenness, and vandalism promote additional criminal behavior to occur. A 2008 study conducted in the Netherlands investigated whether this theory of crime correlated with an increase in the number of criminal violations.

In a second field experiment the researchers set off fireworks, which were recently banned in Netherlands at the time, near a bicycle rack. Again, the researchers attached flyers to the bicycles and measured how much littering occurred on ‘firework’ days as compared to ‘no firework days.’ In a similar trend to their initial experiment, 80% of bicyclists littered on the days in which fireworks were set off, as compared to 52% of litterers on normal days.

In conclusion, the experiments conducted in this study demonstrated that the conditions within a community can cause an increase in both minor offenses like littering, as well as more serious offenses like theft. With this in mind, criminologists can promote the need to perform a greater number of community-focused interventions that will ultimately reduce crime in these areas.

After completing her Bachelor of Science in Toxicology with two minors in Spanish and Chemistry in 2016, Benedette continued her studies to complete her Master of Science in Toxicology in May of 2018.During graduate school, Benedette investigated the dermatotoxicity of mechlorethamine and bendamustine, which are two nitrogen mustard alkylating agents that are currently used in anticancer therapy.