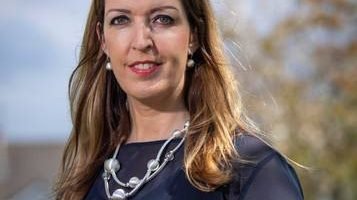 Vicky Phelan has hit out at the State for not making a drug, which she believes saved her life, freely available to everyone with a cervical cancer.

Speaking on Claire Byrne Live last night, the mother-of-two talked about the benefits of Pembrolizumab, a drug which she says shrunk her tumours by 50pc.

“I am evidence that this drug works,” she said.

“I go to St Vincents and am out within three hours, but with chemotherapy you go in and come out feeling worse than when you went in.

“I’ve no side effects but some pains in my arms and hands, but that’s peanuts compared to what you have to put up with chemotherapy.”

Ms Phelan said that most days she doesn’t even think about having cancer.

“I’m realistic and know there’s no cure for this. There may come a time when this drug stops working, but for the moment it’s buying me time and that’s what I want.

“I was given one to two years [to live] and I have just past my three-year mark, which is fantastic.”

Her campaigning ensured that all the other 221 women impacted by the CervicalCheck “debacle” have now been granted access to the wonder drug.

However, the Government is still withholding it from others who have the illness. Treatment with Pembro costs €8,500 every three weeks for those who foot the bill privately.

Co Galway musician Áine Morgan, who was diagnosed with advanced cervical cancer two years ago, is one of the women not entitled to take part in the clinical trial as she isn’t considered a suitable candidate.

But the Loughrea singer told Claire Byrne that the drug could offer her a lifeline.

“I have to pay for it privately, but if you’re facing death you’re going to try any option,” she said.

“It’s ridiculous that it’s given to some people and not others – it should be equal.”

Ms Morgan added that both her son and Vicki Kavanagh gave her the motivation to continue to fight for the drug despite her illness.

In a statement, the HSE said the use of Pembrolizumab in the treatment of cervical cancer has been approved by the FDA in the USA, but does not yet have a licence in Europe.

“We expect that Pembrolizumab will be submitted to the European Medicines Agency for licensing for the treatment of cervical in the future,” it said.

It added: “On that basis, the use of the drug for the treatment for cervical cancer cannot yet be considered for national reimbursement by the HSE and is not approved by the HSE for reimbursement.”