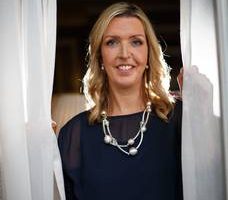 Vicky Phelan: 'All I could think about were my children. Not this. Not now…'

It was 2014. Darragh was three and Amelia was eight.

Somehow we had managed to move on from the fire, managed to keep going as a family. But Jim and I were more distant with each other since that night. He never spoke much about anything any more, and I couldn’t speak to him about what had happened, so we avoided talking, mostly.

The children were our new focus in life. I decided to concentrate, as best I could, on the positive. Darragh was happy and Amelia was recovering well. Everything revolved around the children. Maybe it’s because we wanted to erase the trauma of what they had experienced. We wanted good memories, to replace the bad.

We decided to take a family trip to Galway for the June bank holiday weekend. The kids were full of excitement.

When we arrived, we explored the city and went to the beach. Amelia built sandcastles while Darragh knocked them all down. Then off for an ice cream and back to the hotel to settle in for the night. After dinner, we put the children to bed. Jim and I had sex that night, which hadn’t been happening very often. Maybe it was because we were away from home, in holiday mode. We had been growing apart since Amelia’s accident. It was good to feel close again.

But afterwards, I got a terrible shock. I noticed blood coming from my vagina. I was bleeding profusely.

“What’s wrong?” Jim said as I leapt to my feet.

“I’m bleeding,” I said. There was fresh angry red blood on the crisp white sheet.

Jim tried to comfort me. I went to the bathroom. It took a while for the bleeding to stop. Jim knocked on the bathroom door after a few minutes. “Are you okay?”

I was shaken. Recently, I had noticed that I was bleeding in between my period, not a lot but what was strange was the colour of the blood – it was light pink rather than the unmistakeable dark red of a period. That was the first sign that something wasn’t right. I knew I needed to get it checked out, properly. I booked a doctor’s appointment the minute we got home. When I arrived at the doctor’s, I asked for a smear test.

The nurse took the smear. “This is a bit unusual,” she said. I was bleeding as she took it.

I was with my friend Eilish having lunch at work when the phone rang exactly four weeks later.

“I have the results of your smear and I need you to come in to me,” the doctor told me.

I felt panicked when I put down the phone. Eilish tried to calm me. Things seemed to happen very quickly after that. The GP told me I would need to have a colposcopy. The colposcopy appointment was made for 15 July. The consultant at the hospital gave me a local anaesthetic. I put my feet up and he started poking around. He put a dye on my cervix to see if there were pre-cancerous cells.

“We won’t know until we have the biopsy back,” he said.

When I sat down in front of his desk, he said something I really wasn’t expecting. “Are you finished having your children, Mrs Phelan?”

“Are you finished having your children?”

“Okay. I’m going to book you in for a hysterectomy,” he said.

“Are you telling me I’ve got cancer? Is there something you’re not telling me?”

He reassured me that it was just a preventative measure because the changes were so high-grade and it was better to not allow these changes to develop into cancer. We would have to wait for the biopsy results to come back. I rang Jim and told him, “I have to have a hysterectomy.”

“What?” Jim was surprised.

I rang Maria, my best friend, who is a nurse. “When did he say he’d let you know about the results?” she asked.

I told her they had taken a biopsy and they would get back to me within two weeks. In the meantime, they were booking me in for a hysterectomy as a preventative measure.

“Right,” she said, “if you don’t hear anything within two or three days, you’re okay.”

Because she worked in the system, she knew what the timelines tended to be. This was on Tuesday. On Thursday, the phone rang.

I remember it like it was yesterday. It was 5pm and we were on our own in the house. I was in pain a lot of the time and I was bleeding a lot after the LLETZ procedure.

I wasn’t expecting this call. I saw a number flashing; it was a Limerick number. I looked at Jim and said, “Oh Jesus.” I picked up the phone. “Yes,” I said, “this is Vicky Phelan.” I listened intently. The call only lasted a few minutes. “Okay,” I said, “thank you for telling me.” I hung up. My face went white. “Jesus, Jim, it’s cancer.”

We just sat there, the two of us, in a daze. After a few minutes I said: “We can’t just sit here. Let’s go somewhere.”

So we drove out to Killaloe. It’s beautiful there. We parked the car looking out over the lake. We both stared out the window, into the abyss.

Eventually Jim said: “Are you okay?”

“I don’t know. I think I need a drink,” I said. We found a pub by the shore. I had a drink and it settled my nerves.

“How am I going to tell Mam and Dad?” I said, eventually.

We waited until we drove down to collect the kids, to tell my parents in person. Jim brought the children out for a while and I stayed behind to talk to Mam and Dad. “I have something I have to tell you,” I said. “I have cancer,” I said. I could see the pain in their eyes, the second I said that c-word.

I tried to console them, saying it was probably nothing to worry about, though I didn’t believe my own words.

I had asked the consultant what would happen if the cancer wasn’t contained. “Then we would be looking at a different kind of treatment,” he’d said.

At that stage we were still planning for a hysterectomy.

The hospital organised an MRI scan. Two weeks later, Jim and I went in to get the results. The consultant told me that unfortunately the cancer had spread beyond my cervix. Once that happens the hysterectomy is off the table. He was passing me over to the oncology unit. I would be under a radiation oncologist.

Sometime in late August I met my oncologist. I wouldn’t be starting treatment until 9 September, which felt like a very long time. There were weeks of waiting where all I was thinking was: it’s growing, it’s growing. I had nightmares about it getting bigger and bigger. I could almost feel it growing inside of me.

In the quiet moments, all I could think about were my children. Not this. Not now. Anything but this, I thought. My children needed me. After everything that had happened with Amelia, they needed a strong mother. What would happen if I died? It wasn’t so much the dying that scared me – it was the thought of them trying to live without me.

I received my treatment plan: five weeks of radiation and chemotherapy.

After every session, I’d come home and just go straight to bed. I felt sick and weak. The next day I would stay in bed all day.

I was constantly vomiting. But I didn’t lose my head of hair. That was a relief.

They say if you have cancer above the waist you lose your hair, and below you don’t. Though I lost my pubic hair. They didn’t tell me that was going to happen. People don’t talk about that kind of thing. They should. It’s frightening otherwise. The not speaking about it makes it worse.

READ MORE: ‘My dying wish is that the women of Ireland feel they are finally in safe hands’ – Vicky Phelan

The chemotherapy ward was an awful place to go; I found it very depressing. One day I arrived for my chemotherapy session. “Where’s Mary today?” I asked the nurse. I had been sitting beside her the last time I was here.

The nurse lowered her voice. “She died last week.”

After a while, I stopped asking. People disappeared every week. One moment they’re there, and then, they’re gone.

After five weeks, I was given two weeks off. I was exhausted. I was spending most of the day in bed. Jim was in college, and the kids were at school. One day while lying in bed I heard the familiar clunk of post coming through the letterbox. I went downstairs to collect it. There was a letter addressed to me. The logo of the Mater Private was on the envelope.

I was about to get sick. I ran to the bathroom with the envelope in my fist. Lying on the bathroom floor, I opened it. I couldn’t believe my eyes. I started crying. “For fuck’s sake!” I yelled. My last treatment was scheduled for the day of my 40th birthday.

It felt like cancer was saying, Two fucks to you, Vicky. Your last treatment on your 40th birthday. Happy birthday. Love, cancer.

After all of that treatment, if you can call it that, I went back home. I felt like a shadow of myself.

I still hadn’t come to terms with the fact that I had cancer. I had heard so many positive stories about people being cured. I was clinging to those. I felt sure that would be my story too. I would be one of the lucky few. I had to be.