Vaccine Memories of Another Time and Place

Lizzo’s “Good As Hell” greeted the arrival of Covid-19 vaccines this month at Boston Medical Center, where the scene of dancing health care workers quickly spread on TikTok. Others shared triumphant selfies of their arms post-injection.

For Americans of a certain generation, the rollout evoked searing memories of an earlier era — one that rescued their childhood from fear and the sudden loss of classmates and siblings.

Lynne Seymour was 8 years old in 1955, when her mother, a nurse, let out a startling noise while listening to the radio at their home in Berkeley, Calif.

“She started jumping up and down, crying and laughing at the same time,” Ms. Seymour said. “It scared me a little because I didn’t know what was happening. So I said, ‘Mom, what is it?’”

Her mother explained that Dr. Jonas Salk, a medical researcher, had developed a vaccine for a dangerous virus. “It meant we wouldn’t have to worry about polio anymore, and children wouldn’t be in iron lungs and we would go back to the swimming pool,” Ms. Seymour said. “It was like a dark cloud had lifted.”

The first polio epidemic in the United States began in Vermont in 1894, an outbreak that killed 18 people and left at least 58 paralyzed. Waves of pernicious outbreaks, targeting children, would mar the next half-century. In the country’s worst single year, 1952, nearly 60,000 children were infected and more than 3,000 died. Many were paralyzed, notably including Franklin D. Roosevelt, who would become president and hide his disability. Others were consigned to life in an iron lung, a type of ventilator that encased a child’s body to ease breathing.

A litany of other celebrated figures also lived with the disease: the songwriter Joni Mitchell, the artist Frida Kahlo, the Olympic sprinter Wilma Rudolph and Senator Mitch McConnell of Kentucky. 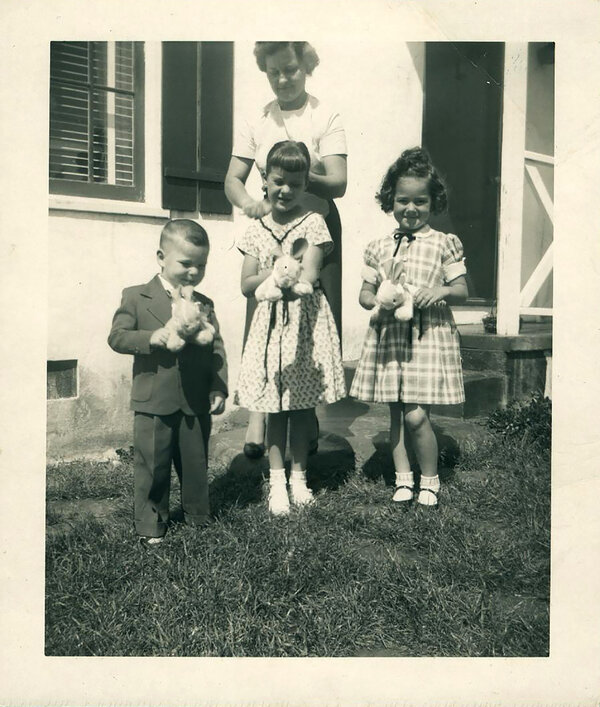 Parents anxiously wondered how to keep their children safe from the disease, ordering them to stay away from swimming pools and movie theaters. They practiced the hand-washing routines that have become all too familiar to families this year. (It is now understood that the polio virus spread through consumption of water and food contaminated by fecal matter.)

Dr. Salk made an ambitious bet that he could develop a vaccine for polio using inactivated virus, which was killed using formalin. When his trial was successful in April 1955, church bells rang and households cheered.

American children had been taught for years to dread summer because it so often brought polio outbreaks. A vaccine promised that they could go out and play again, and swim without as much worry.

Stefan Krieger, 74, remembered his family’s enthusiastic reaction to the news. Just a few years earlier, he caught a cold and had to miss a friend’s birthday party; everyone else who attended, including his best friend, contracted polio.

“Many of us had a classmate whose sister or brother had been stricken,” said Arlene Agus, 71.

Ms. Agus’s school in New York City distributed the vaccine in alphabetical order so she was the first to get the shot, with a lollipop as her reward.

“Over half-a-century later, I can still remember the expressions of relief from the long, winding chain of students standing behind me, grateful that they weren’t in my spot,” she said.

The federal government licensed the vaccine within hours of the announcement and manufacturers began their production efforts. “An historic victory over a dread disease,” a newscaster’s voice declared in an April 12 reel from Metro-Goldwyn-Mayer. The announcement includes clips of men in suits rolling carts of vaccine shipments, much like this month’s images of coronavirus vaccine shipments. “Here scientists usher in a new medical age.”

After all of the fanfare, some children remembered getting the vaccine as anti-climactic. Philip McLeod, 77, who was living in Nanton, Alberta, at the time, said he and his classmates were lined up very quickly and then it was over. “It was hard to believe as a 12-year-old that was going to save your life, because it was so routine,” he said.

Answers to Your Vaccine Questions

With distribution of a coronavirus vaccine beginning in the U.S., here are answers to some questions you may be wondering about: