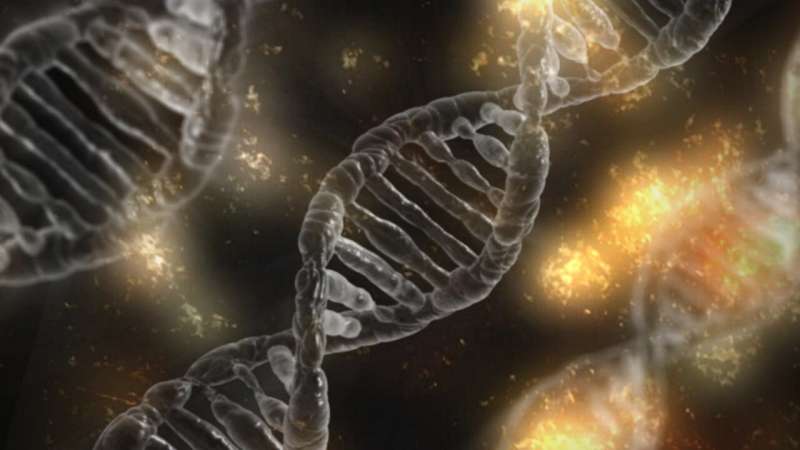 A team of researchers at Stanford University has found a significant subset of allele-independent regulatory sites that have multiple causal variants in linkage disequilibrium. In their paper published in the journal Science, the group describes how they applied a massively parallel reporter assay (MPRA) to certain parts of the human genome to look for links between genetic variants and certain human phenotypes.

Scientists have been studying the human genome for many years looking for the variants (mistakes) that lead to certain genetic diseases, such as multiple sclerosis. In so doing, they have found that in many cases it is not just one gene that has gone awry but a combination of genes. To determine which genes may be linked to a given disease, scientists have developed genome-wide association studies. And while such studies have been fruitful, they have not led to a means for tracking down all of the variants responsible for a given disease.

As part of that work, scientists have taken to defining certain groups or regions in a genome that can be statistically associated with a given phenotype. Mapping such quantitative trait loci (QTL) to causal genetic variants has remained a difficult problem due to tight spacing in such regions. To learn more about possible links between variants and phenotypes, the researchers in this new effort applied an MPRA to the problem.