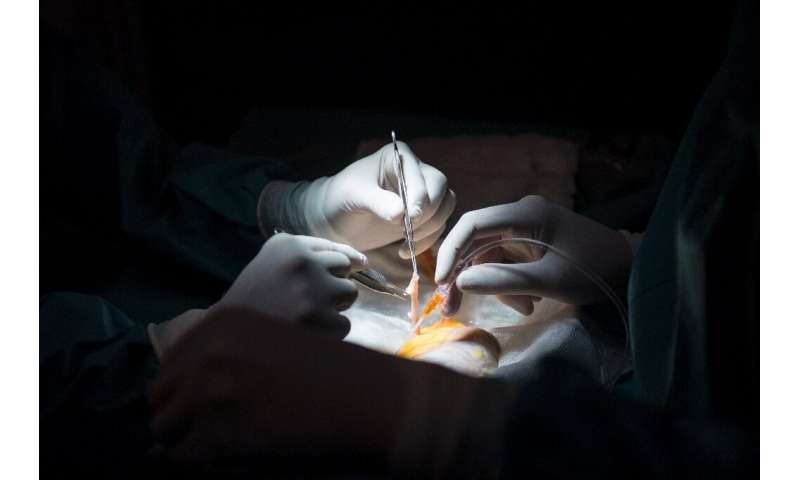 The US on Tuesday proposed new rules to increase organ transplants, with greater financial incentives for living donors and measures to reduce the number of organs going to waste from deceased donors.

It comes after President Donald Trump in July directed his administration to hold organ procurement organizations (OPOs) more accountable for the 20 patients who die each day waiting for a lifesaving donation and the 113,000 Americans on waitlists.

The United States is wasteful compared to other countries when it comes to organ donations: a study in the journal JAMA Internal Medicine in August found that the US rejects about 3,500 kidneys each year because of the donors’ advanced age, even though 60 percent of these would be used in France where they prolong life and are useful especially for older recipients.

“The government’s misaligned regulatory incentives aren’t procuring enough kidneys, heart, lungs, and other organs to fulfill the demand,” Seema Verma, administrator of the Centers for Medicare and Medicaid Service told reporters in a call.

“The metrics are riddled with exclusions, and they exclude all but organs from perfect candidates,” she added.

The proposed rules, which would be subject to a comment review period before taking effect in 2022, would expand the scope of reimbursable expenses for living donors “to include lost wages, and childcare and eldercare expenses for those donors who lack other forms of financial support.”

The government is also proposing greater monitoring on the non-profit organizations that act as go-betweens between donors and recipients.

This would involve introducing metrics to review their donation and transplantation rates with a pool that extends to individuals who are up to 75 years old, and publishing their rankings.

Organizations that fail to meet requirements would risk losing their certification.

Another analysis published in the JAMA Network Open journal in August found that, at present, US hospitals place an excessive focus on the quality score of kidneys even though patients would be more inclined to accept a kidney with a lower score if it means being able to get off dialysis, which has a poor long-term outlook.

The study found that for each patient who received a kidney from 2008 to 2015, their medical team rejected a median of 17 organs before finally accepting one. The teams of patients who died while waiting received a median average of 16 offers that they turned down.

This cautious approach could be explained in part by hospitals’ desire to maintain a high one year survival rate for transplant patients, because their certification depends on this.

Sumit Mohan, the lead author of that paper, welcomed Tuesday’s proposals as a “step forward,” but said his biggest concern was that the final decision about whether to accept or reject an organ was made by hospitals, not organ procurement organizations, and this was left unaddressed.