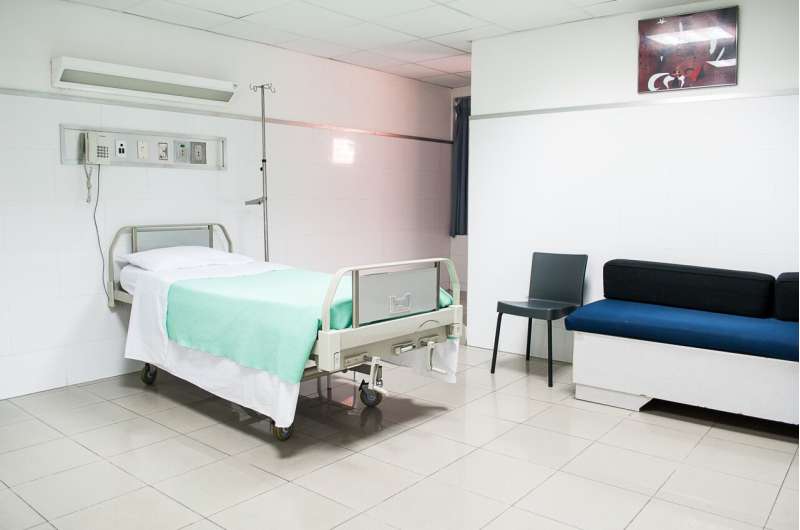 U.S. hospital admissions for COVID-19 continue to decline, and patients who do seek medical help have been far less ill than they were earlier in the pandemic due to multiple factors including vaccines and treatments, according to Johns Hopkins experts.

And even as the numbers of daily cases and deaths in the United States continue to decline, experts caution that a spike in infections in Europe could foretell, as previous surges there have, an increase in U.S. cases as winter approaches.

“We still see COVID on a regular basis [at Johns Hopkins Hospital], but we have the capacity now to care for them without impacting care in the rest of the hospital,” Brian Garibaldi said during a recent online briefing on the Johns Hopkins Coronavirus Resource Center (CRC). “But we’re definitely not seeing the level of acute lung injury and respiratory failure at the rate we saw at the beginning of the pandemic and during the surges of delta and omicron.”

Patients are not suffering the severe lung damage that inflicted painful deaths in hospitals across the nation and the world early in the pandemic due to a combination of factors: vaccines, new medical treatments like Paxlovid, less virulent strains of the virus, and preexisting immunity from previous infections, Garibaldi said.

But the U.S. need to be wary about overseas trends, said Garibaldi, the CRC clinical lead.

“There are some early indicators that there may be a surge in Europe,” said Garibaldi, also director of the Johns Hopkins Biocontainment Unit. “We’ve seen this multiple times that what happens in Europe usually predates what may happen in the U.S. two to three weeks down the road.”

It is vital for the United States to monitor COVID-19 hospitalization rates because “there is so much home testing and official reporting isn’t capturing cases that are out there,” he added.

The threat of a new, deadlier variant emerging to spur a new deadly surge currently appears unlikely but not impossible with average daily cases higher than 30,000 in the U.S. and millions worldwide, experts said.

“There’s always a chance of a new variant being more infectious and dangerous,” Garibaldi said.

William Moss, the CRC vaccinology lead, said the nation needs to do more to promote the new bivalent booster vaccines that target both the original variants of SARS-CoV-2 and the omicron subvariants that are the predominant strain. The new boosters from Moderna and Pfizer-BioNTech have been available since September and last week were authorized for children as young as 5 for Pfizer’s vaccine and 6 for Moderna’s formulation.

“The country has largely responded with a collective yawn toward the bivalent booster doses,” said Moss, executive director of the International Vaccine Access Center. “If we look at the country as a whole, almost 70% of the population has received the primary series of vaccines. That’s 226 million people. But only about half of those have received at least one booster dose.”

The White House reported that only about 13 to 15 million have received the updated, bivalent booster shot.

“Certainly, the demand has been low,” Moss said. “We need to do more work to increase the demand.”

Moss said he was amazed that more than 120 vaccines were still being developed for COVID-19.

“I don’t think we’ve ever seen this many vaccines in development,” Moss said.

Still, he added, developing a vaccine that can prevent infection “is a really high bar for vaccines.”

“The reasons are that it requires very high levels of neutralizing antibodies that are not sustained for a long period of time, and that’s exactly what we have seen: short-term protection of a couple of months against infection, but then it wanes,” Moss said.

But the intranasal vaccines being developed have the potential to provide better protection against infection because they induce an immune response at the site where the virus enters the body.