Transplant Patients Need Anti-Rejection Drugs. Why Won’t Insurers Pay for Some of Them?

The question might seem indelicate. But transplant centers find it is necessary these days to know the answer even before they place a patient on the list for an organ transplant.

“How will you pay for the anti-rejection drugs?”

These are patients with insurance — they need it to pay for the transplant itself — so it might seem obvious that their insurer would pay. But if, as often happens, the patient gets an organ transplant with private insurance and later enrolls in Medicare, she may be in for a shock.

Necessary anti-rejection drugs may not be covered under Medicare. And without those medications, the body may reject the organ, with deadly consequences.

It is “an emerging and alarming problem,” according to the American Society of Transplantation — another maddening twist in our convoluted, contradictory and confusing health care system.

For those who are on Medicare at the time of an organ transplant, anti-rejection drugs are covered by the federal program for the rest of their lives.

Patients who were not on Medicare at the time of their transplants are required to get their anti-rejection drugs through Medicare’s drug program, Part D, which is handled through commercial insurers.

Those insurers refuse to pay for many anti-rejection drugs, on the grounds that they have not been approved for certain transplant patients. Payment is required by Medicare only if the drug has F.D.A. approval for a specific organ transplant, or this use is cited in one of two drug compendia that Medicare approves.

Johnathan Monroe, a spokesman for the Center for Medicare and Medicaid Services, wrote in an email that one of the agency’s “top priorities is to ensure that beneficiaries have access to the medications they need, including immunosuppressant drugs.”

Cathryn Donaldson, a spokeswoman for America’s Health Insurance Plans, which represents insurers, said in a statement that the indications for anti-rejection drugs “are defined by federal guidelines, not health insurance providers.”

For patients receiving new kidneys, access to anti-rejection drugs usually is not a problem. They are almost always on Medicare before their transplants, kept alive with dialysis. And the medications were fully tested in this group, the largest among transplant patients.

But large clinical trials usually were not done to show the efficacy of some anti-rejection drugs in other transplant patients, because there were fewer of them. As a result, these medications are not officially approved for these patients, even though the drugs are widely used.

Doctors say they learned by experience that many of the same drugs approved for some organ transplants also are effective in patients with other organ transplants. But Medicare Part D insurers are not required to pay for them.

As a result, many Medicare patients — including most receiving lungs and many who have a transplanted intestine, pancreas or heart — need drugs that are not reliably covered by Part D insurers. 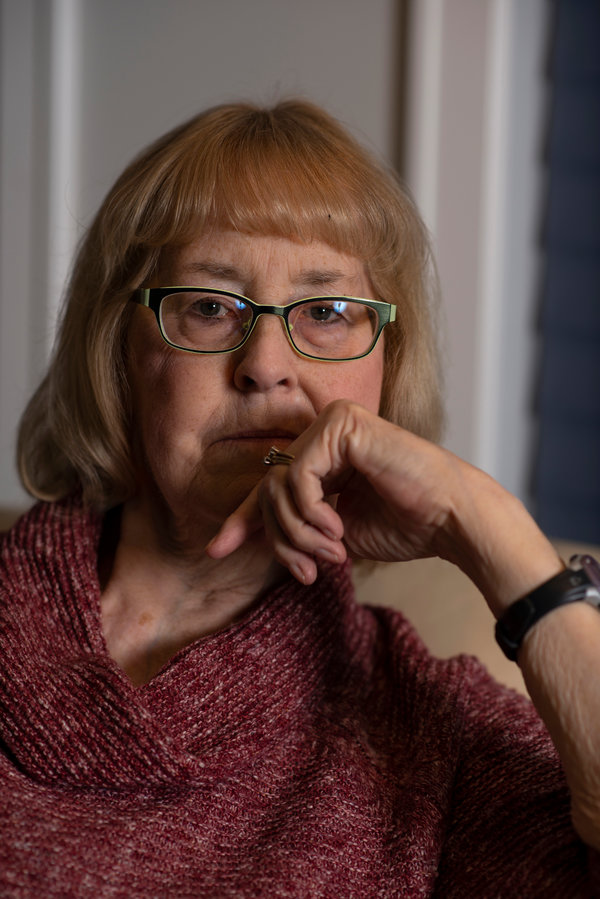 Dr. David Roe, medical director of the lung transplant program at Indiana University Health, calls the coverage gap a “life-threatening problem.” He has repeatedly appealed on the part of his patients, even appealing to a judge more than once, he said. But he never got the insurers to pay.

“These drugs work, in transplant patients, regardless of the organ. We all know they work,” Dr. Roe said.

Transplant centers say they struggle to help patients whose prescriptions were denied by insurers. Their appeals often fail.

“If a patient is denied, there is no recourse,” Dr. Potter said. “In the worst case, they will reject the organ.”

Transplant centers may ask manufacturers to donate the drugs. Doctors may suggest that patients turn to fund-raising or charities.

“We spend a huge amount of time and money trying to get coverage,” Dr. Potter said. Some medical centers pay for the drugs themselves, refusing to let patients die for lack of drug coverage.

Claudia McGinness, 72, a retired administrator who lives near Indianapolis, had a double-lung transplant in 2008. Idiopathic pulmonary fibrosis had destroyed her lungs, and she could not breathe.

But she had difficulty taking the standard anti-rejection drugs — she was intolerant to one, and the other didn’t work. Her doctors, including Dr. Roe, switched her to a different medication, Sirolimus.

Medicare denied her claim for the drug. She appealed twice, and both times was turned down. Dr. Roe appealed to a judge, to no avail.

So she is doing without.

Gina Kolata writes about science and medicine. She has twice been a Pulitzer Prize finalist and is the author of six books, including “Mercies in Disguise: A Story of Hope, a Family’s Genetic Destiny, and The Science That Saved Them.” @ginakolata • Facebook