Timothy Ray Brown, the first person to be cured of H.I.V., through an experimental bone marrow transplant that offered hope though not a realistic treatment for most people with the virus, died on Tuesday at his home in Palm Springs, Calif. He was 54.

His partner, Tim Hoeffgen, said the cause was unrelated recurring leukemia. Mr. Brown had remained free of H.I.V., the virus that can lead to AIDS.

“Timothy would like to be remembered as a man who gave hope to people around the world that a cure for H.I.V. is possible,” Mr. Hoeffgen said in an email.

Mr. Brown, a Seattle native, was a university student in Berlin when he tested positive for the human immunodeficiency virus, or H.I.V., in 1995. Following a subsequent diagnosis of leukemia, he underwent the transplant of bone marrow stem cells on Feb. 6, 2007, a high-risk procedure that was declared a success. He declared Feb. 6 his new “birth date.”

The breakthrough, reported at the 2008 International AIDS Conference, made headlines around the world as the “AIDS cure.”

But it also met with some skepticism in the scientific community. Some AIDS researchers sought to test Mr. Brown’s blood samples for themselves. Some questioned whether, if indeed he was free of H.I.V., the virus could still recur. Experts noted as well that bone marrow transplants were risky, expensive and unlikely to be available for wide use.

Mr. Brown was originally known only pseudonymously, as the “Berlin Patient.” But three years later, he became a reluctant public figure when he decided to reveal his identity.

“At some point, I decided I didn’t want to be the only person in the world cured of H.I.V.,” Mr. Brown told the website ContagionLive last year. “I wanted there to be more. And the way to do that was to show the world who I am and be an advocate for H.I.V.”

He added, “My story is important only because it proves that H.I.V. can be cured, and if something has happened once in medical science, it can happen again.”

In September 2019, at a scientific conference in Seattle, researchers announced that they had successfully treated a second case, the “London Patient,” using a similar transplant procedure. That patient identified himself in March as Adam Castillejo, a 40-year-old native of Venezuela who had migrated to Britain two decades earlier and was told in 2003 that he was H.I.V. positive.

“Although the cases of Timothy and Adam are not a viable large-scale strategy for a cure, they do represent a critical moment in the search for an H.I.V. cure,” Sharon Lewin, president-elect of the International Aids Society, said in a statement after Mr. Brown’s death.

Kevin Frost, the chief executive director of amfAR, the Foundation for AIDS Research, which supported further studies related to the experimental transplant, said in an interview that Mr. Brown had been “incredibly generous with his time and with his body.”

“He was grateful for the fact that he had been cured and felt an obligation to give back,” Mr. Frost said. 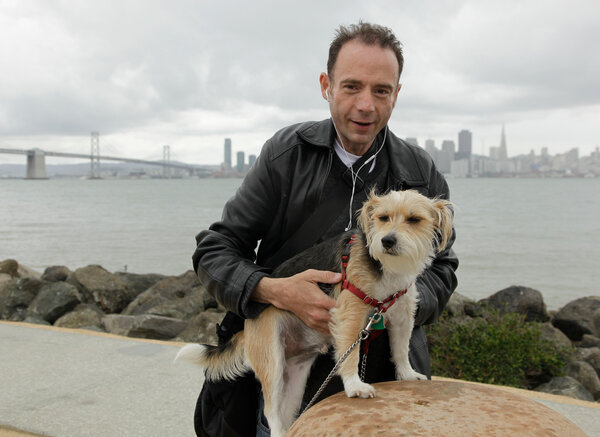 Timothy Ray Brown was born in Seattle on March 11, 1966, and, as an only child, was raised by his mother, Sharon Brown, who worked in the King County sheriff’s department, in Seattle and nearby Edmonds, Wash. (No information was available on his father.)

Openly gay since high school and a member of Act Up, the AIDS activist group, he moved to Barcelona, Spain, in 1991, in his mid-20s, and then to Berlin, where he studied German.

In 1995, when powerful new AIDS cocktails and protease inhibitors were just being introduced, Mr. Brown was advised by a former boyfriend, who had tested H.I.V. positive, to have himself tested. The results came back positive.

“The friend who told me I should get tested said, ‘Do you realize you only have about two more years to live?’” Mr. Brown recalled in an interview with the Fred Hutchinson Cancer Research Center in Seattle in 2015. “But I still went on with my life. I started university in Berlin and acted like everything was going to be OK.”

New antiretroviral drug therapy, covered by his German health insurance, prolonged his life, and he worked as a translator. But in 2006, after returning to Berlin from a wedding in New York, he could barely make his daily 10-mile bicycle ride to work.

At 40, he received a second life-threatening diagnosis: acute myeloid leukemia. He was referred to Dr. Gero Hütter, an oncologist who had never treated a patient with H.I.V.; he suggested the radical, high-risk stem cell experiment.

“I did not need to be a guinea pig and risk my life receiving a transplant that might kill me,” Mr. Brown later wrote in a medical journal. So he declined and opted for chemotherapy.

During chemotherapy, he developed pneumonia and a sepsis infection, but the leukemia appeared to be in remission. When it returned in January 2007, however, Mr. Brown agreed to the stem cell transplant therapy, which his doctors said would treat not only leukemia but possibly the H.I.V. as well.

First, doctors had to find a compatible donor with a rare gene mutation that would provide a natural resistance to H.I.V. A disproportionate number of northern Europeans, about 1 percent, lack a protein on the surface of their white blood cells that the virus uses as an entry point.

Next, to accommodate the donor’s immune cells, they had to wipe out Mr. Brown’s own immune system by bombarding him with chemotherapy and radiation. Next came the transplant procedure itself. On that same February day, Mr. Brown stopped taking his antiretroviral medication. Three months later, after a grueling recovery in which he almost died, he was H.I.V.-free.

For Mr. Brown, the epiphany came one day in the gym, when he found that he was developing muscles again after years of wasting away. “That was kind of my proof that it was gone,” he said.

Many hurdles remained. A recurrence of leukemia required a second transplant a year later. A brain biopsy left Mr. Brown temporarily paralyzed and nearly blind. He had to be taught how to walk and talk again. His recovery, complicated by injuries from a 2009 mugging in Berlin, left him with a stiff shoulder, limited vision and neurological damage, which prevented him from resuming his work as a translator.

He was living in Nevada in 2013 when he met Mr. Hoeffgen on the Scruff dating app. They moved to Southern California in 2015. In April, Mr. Brown was admitted to a cancer hospital; his leukemia, unrelated to H.I.V., had returned. Covid-19 restrictions kept the couple together on the medical campus for weeks.

This month, Mr. Hoeffgen told Mark S. King, a blogger and AIDS activist, that Mr. Brown had terminal cancer and had been receiving home hospice care. Mr. Brown was aware that he was dying.

“I have asked him what he wants me to tell people when we make his situation public,” Mr. Hoeffgen said. “He said: ‘Tell people to keep fighting. Fight for a cure for H.I.V. that works for everyone. I never wanted to be the only one.’”

In addition to Mr. Hoeffgen, Mr. Brown is survived by his mother.

One researcher asked whether the couple would consider donating Mr. Brown’s body to science.