This New Treatment Could Save the Lives of Babies. But It Costs $2.1 Million.

The Food and Drug Administration on Friday approved a gene therapy for spinal muscular atrophy, a rare muscle-wasting disease that, in its most severe form, kills many babies before they turn 2.

The price will be $2.1 million, believed to be highest ever set for a one-time treatment.

The therapy, to be sold as Zolgensma, alters the underlying genetic cause of spinal muscular atrophy and may permanently stop the disease. It is among the first of a host of gene therapies that promise a cure for deadly inherited conditions.

“We feel we’re on a path where we hope one day to be able to bring S.M.A. almost to elimination,” said Vas Narasimhan, the Novartis chief executive, in a conference call with reporters.

Many drugs for rare diseases have arrived on the market recently costing hundreds of thousands of dollars a year. But few have crossed the $1 million threshold.

Luxturna, a gene therapy that treats a rare, inherited form of blindness, costs $850,000, and Kymriah, Novartis’s one-time cell therapy treatment for leukemia, costs $475,000. The annual cost of some other rare-disease drugs can top $1 million, depending on a patient’s weight.

In addition to the staggering price, Novartis also unveiled a plan Friday that would allow insurers to pay for the treatment over five years, which would average out to $425,000 per year, which the company notes is comparable to the prices for other treatments of ultrarare disorders.

Novartis had declined until now to reveal Zolgensma’s price, but its executives have been on a monthslong publicity tour, making the case for a multimillion-dollar price tag.

At an event this week in Boston, for example, Mr. Narasimhan told reporters that Novartis planned to set a price that is “far lower” than the $4 million to $5 million the company had determined that the treatment is worth, according to Reuters.

Critics say the statements were part of a sophisticated effort to acclimate the public to an astronomical price.

“The industry is masterful at creating certain facts, which become immutable even though they’re not,” said Dr. Peter B. Bach, director of the Center for Health Policy and Outcomes at Memorial Sloan Kettering Cancer Center in New York.

“They have been whispering the price of multiple millions of dollars now for years, so that the marketplace at some level now believes that this is how much these things will cost.” 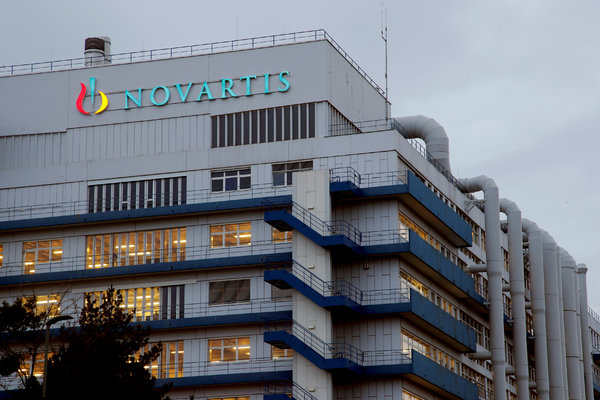 In an interview before the approval, David Lennon, the president of AveXis, the Novartis unit developing Zolgensma, said the company set the price based on a 50 percent discount off what Novartis believed it is worth, measured in part by the long-term cost of other rare-disease drugs.

Spinraza, a drug approved in 2016 that also treats spinal muscular atrophy, costs $750,000 in the first year of treatment and then about $375,000 a year after that. The cost of a decade of treatment with Spinraza, therefore, is more than $4 million.

“We believe this is a balanced approach,” Mr. Lennon said in the interview. “We do have high hopes that this is an extremely durable product and really does have the potential to provide a lifetime of benefit.”

Spinal muscular atrophy affects the motor nerve cells in the spinal cord, causing the body to lose physical strength and eventually robbing people of their ability to walk, talk, swallow and breathe.

About 1 in 11,000 babies are born with spinal muscular atrophy. Before Spinraza’s approval, there was no treatment, and children with Type 1 often died before they turned 2.

The F.D.A. approved the treatment for children under 2 with all forms of spinal muscular atrophy. Novartis said there are about 400 new patients a year, or about 30 a month. In addition, 700 patients who already have the disease are eligible for the treatment.

Tina and Torence Anderson’s baby, Malachi, was diagnosed with spinal muscular atrophy in November 2015, when he was nearly four months old. The doctor who gave the Andersons the news didn’t have much to offer.

“She told us, ‘You have six to twelve months,’” said Ms. Anderson, of Mansfield, Ohio. “Take him home, love him — there’s not really much we can do.”

But after some online research, the Andersons enrolled Malachi in a clinical trial for Zolgensma, and he received the treatment in December.

Malachi is now almost 4 years old — a cheerful, active boy who can push the wheels on his wheelchair, feeds himself and loves to watch shows like “PAW Patrol” and “PJ Masks.”

“Basically he’s like a normal toddler, he just can’t stand or walk,” Ms. Anderson said. Novartis arranged the interview with the Andersons.

The clinical trials of Zolgensma on which the approval was based involved just 36 people. But Novartis said that it has treated about 150 patients, as officials made the treatment available on an emergency basis.

So far, the results do not show that the effects of the treatment have waned, Mr. Lennon said. “We have kids approaching their fifth birthday now, and looking to go to kindergarten next year, which is fantastic,” he said.

Ms. Anderson said many parents with children who have spinal muscular atrophy are excited about the arrival of Zolgensma, but anxious about how it will be paid for. Some worry that if their children are already taking Spinraza, insurance won’t approve treatment with Zolgensma.

But at $2.1 million a treatment, Zolgensma would be out of reach for most American families without the approval of insurance companies.

In addition to the payment plan, Novartis also said it would provide a discount — how much has not been decided — if a patient who takes Zolgensma dies or eventually needs permanent ventilator support.

In exchange, Novartis is asking insurers to promise that they will cover the treatment and that they will quickly decide if a child qualifies. “We know that treating these kids quickly is really paramount,” Mr. Lennon said.

The payment plans will be administered through Accredo, the specialty pharmacy unit of Express Scripts, which is now owned by Cigna.

Dr. Steve Miller, the chief clinical officer of Cigna, said Accredo would collect payment for administering the arrangements with insurers, but declined to say how much, saying that each case would be different.

Cathryn Donaldson, a spokeswoman for America’s Health Insurance Plans, a trade group for insurers, said that while some arrangements — such as money-back guarantees — can be useful, they won’t solve the underlying problem, which is the high prices that the drug makers set.

And while treatments like Zolgensma are promising, she said in a statement, “the data collected on gene therapies is still relatively in its infancy, and they do not have the long-term evidence to confirm they are a lifetime cure.”

Because of the lifesaving nature of the treatment and because the disease is so rare, many insurers are likely to cover Zolgensma. But some experts worried about the cumulative impact should other drug makers follow Novartis’s lead. More than 60 gene therapies are expected on the market by 2024, according to EvaluatePharma.

“The drugs coming to market are going to be things that we will not want to walk away from,” said Dr. Steven D. Pearson, the president of the Institute for Clinical and Economic Review, an independent watchdog group.

The group said that, at $2.1 million, the new drug could be considered cost-effective, in part because it can be used on babies who have not yet shown symptoms of the disease.

Still, Dr. Pearson said in an interview before approval, “the real question is who is going to pay for it?” 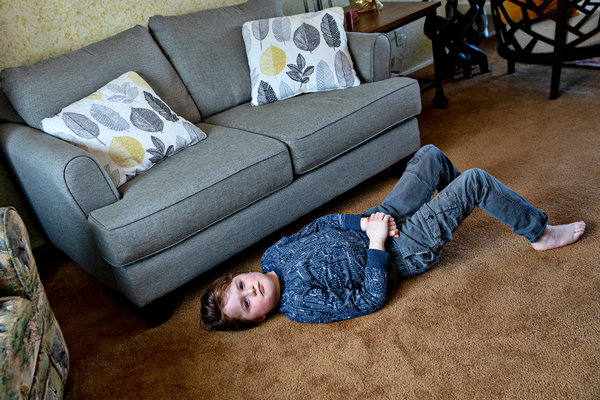 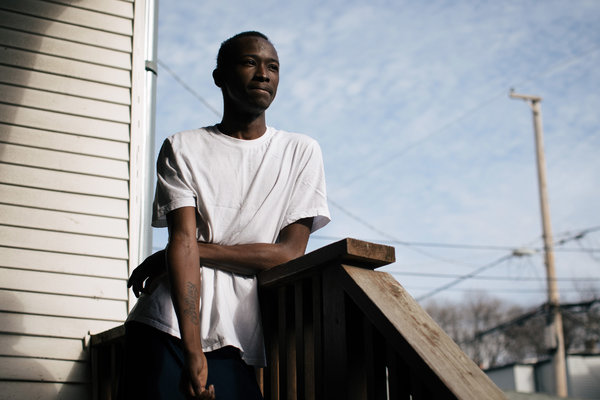 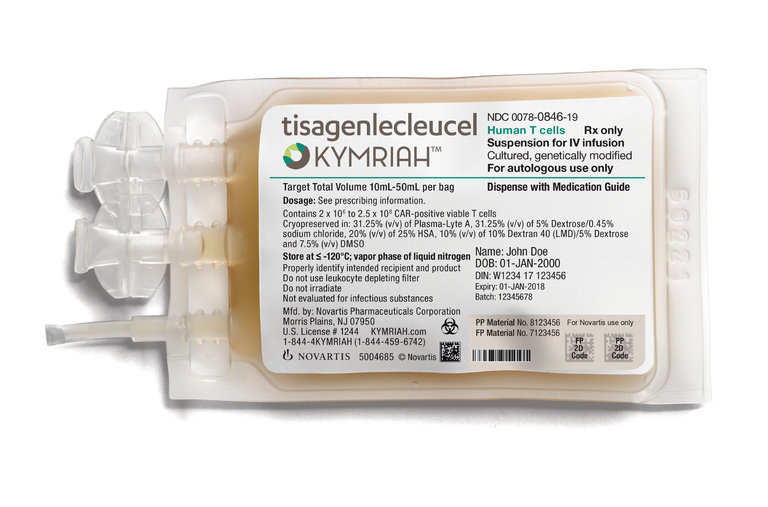 An earlier version of this article misstated the number of people who were enrolled in clinical trials that led to the treatment's approval. The total number of patients was 36, not 12.