Medical anxiety is real — and when it comes to pregnancy, there are even more factors that can feed into this. It’s no longer just your health and safety on the line; your baby’s wellbeing is a concern, too.

Reddit user @Natalia-better knows a thing or two about pregnancy-related medical anxiety. Unfortunately, she may have let her fears pollute her relationship with her boyfriend’s sister, who was not down for a game of 20 Questions shortly after giving birth.

@Natalia-better took to the famed /AmITheAsshole Subreddit for some opinions on their messy postpartum confrontation. For context: @Natalia-better is 29 years old, 32 weeks pregnant, and wracked with anxiety about giving birth.

“I have a mild needle-phobia, and I must have a low pain threshold and don’t cope that well with pain,” she wrote. “I cry during smear tests, stress during vaccinations, and totally hyperventilate during blood tests. I once booked a bikini wax and had to abandon it. … I can’t bear the thought of the epidural needle so will have to have the pain and worry about how bad it will be and if they want to cut me. I’m really scared. I feel sick at the thought of stitches.”

Needless to say, @Natalia-better’s pregnancy-related checkups and procedures have been “terrible.” Her boyfriend, “Eli,” hasn’t been very helpful, either. “He keeps either just telling me it’s going to be OK, trying to change the subject, or making typical male ‘problem-solving’ type suggestions, [like] suggesting hypnosis or therapy to get me over the fear, which is quite patronizing, as if he thinks it’s just fear and not pain.”

To Eli’s point, it does sound like fear and anxiety surrounding pain, but I get where she’s coming from. No one likes to feel unheard, especially by their partner. 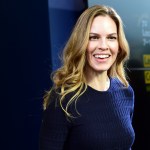 Her saving grace? “Katya,” her boyfriend’s 32-year-old sister who also happened to be pregnant at the same time as her. “We were close before we got pregnant and then became closer,” @Natalia-better recalled. “She had been a great support to me, and I’ve really relied on her when I was worrying about everything and talked it through with me.”

While @Natalia-better wants to know every bit of information she can about the birthing process to help mitigate her anxiety, Katya took a radically different approach: “She thinks, I can’t know what will happen, so what’s the point of scaring myself. Generally it’s been good though, and I don’t know how I’d have coped without her.”

Alas, their opposite outlooks became a major source of conflict once Katya did give birth. @Natalia-better and her BF went to visit Katya in the hospital after she’d underwent “a long, painful labor and stitches.” Immediately, @Natalia-better began asking questions about the process to stave off her own worries.

“I asked her specifics about it, and she kept giving vague answers and brushing me off, saying, ‘It’s been awful, but she was now OK and didn’t want to talk about it.”

But @Natalia-better wasn’t able to respect Katya’s boundary: “I was hurt because she knew how I was feeling and that this might help me, and I told her this and said I wasn’t being nosy. … She snapped at me that nothing would help me, she wasn’t my therapist, I was selfish and self-absorbed and couldn’t she just have a moment about her — she’d given most of her pregnancy to my feelings! She said I should have sorted myself out before I ‘got myself’ pregnant and she felt sorry for Eli! She then horrifically said she expected that my labor would be long and excruciating.”

“Eli said she shouldn’t have said what she did but maybe [was] hormonal, and I probably shouldn’t have pushed her and talked again about ‘support,’” she continued. “I really can’t believe the cruel things she said to a heavily pregnant woman, but AITA?”

According to AITA Redditors in the comments, @Natalia-better was definitely in the wrong here. Her fears are understandable, but how she handled them is another story. It’s a classic case of “explanations don’t equal excuses.”

“YTA,” one commenter opined. “You are taking out your anxieties on a new mom. And before she was a new mom, you were already taking up her mental space and possibly her joy of anticipating her new baby with your Death Star outlook.” They also suggested finding a therapist or doula to support @Natalia-better before, during, and after giving birth.

“You’re treating her like a case-study,” another user chimed in. “She was clear and asked you to back off. You were only concerned about yourself and clearly not there to take part in the joy of welcoming a new family member to the family, which is why she invited you in the first place. You were completely disrespectful.”

Before you go, check out these mental health apps we swear by: