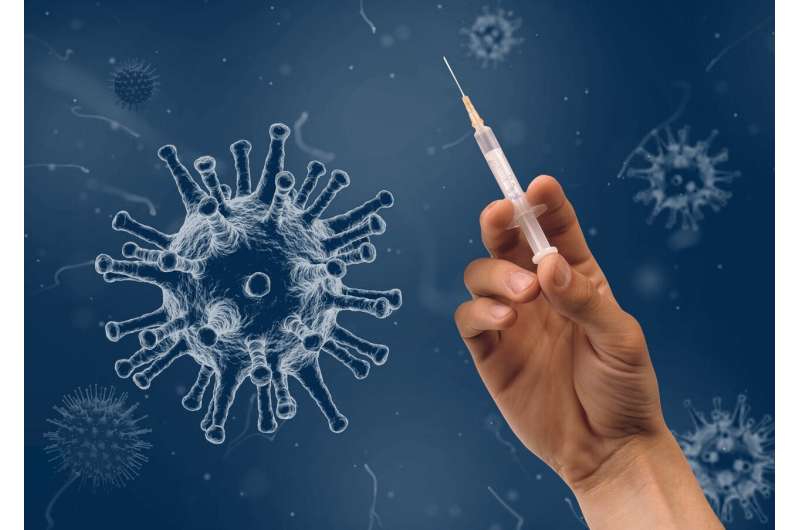 Most immunocompromised people with a blood cancer called multiple myeloma benefited from a third dose of COVID-19 vaccines, a promising sign after it was shown that two doses tended to not be sufficient for them. However, some people with multiple myeloma still remained vulnerable and may need a fourth dose or antibody treatments as restrictions lift and new variants emerge, according to a fast-tracked study in Cancer Cell.

“This study is the first to comprehensively capture the immune effect of the third dose of the COVID-19 vaccine in patients with plasma cell disorders and blood cancers like multiple myeloma,” said one of the study’s lead authors, Samir Parekh, MD, Director of Translational Research in Multiple Myeloma at The Tisch Cancer Institute at Mount Sinai and Professor of Medicine (Hematology and Medical Oncology), and Oncological Sciences, at the Icahn School of Medicine at Mount Sinai. “It provides guidance to myeloma patients, who are at risk for severe infection because they may be immunocompromised due to the disease itself and the cancer treatment.”

Mount Sinai’s previous research had shown that breakthrough infections occurred in multiple myeloma patients due to poor or no response to the normal regimen of COVID-19 vaccines, the majority of which were the two-dose mRNA vaccines. These vulnerable patients’ lack of complete protection led to antibody testing and a third vaccine in hopes that this would increase the immune response. This study was important in understanding whether vulnerable patients were adequately protected by the third dose or needed to continue to follow strict social distancing and masking or seek additional vaccines or treatments when available.

In this latest study, blood samples were collected from 476 patients with plasma cell disorders over a period of 15 months and were compared to samples collected from healthy, vaccinated health care workers. The findings showed that the third dose significantly increased the level of antibodies in patients with and without prior COVID-19 infection but levels of COVID-19-fighting antibodies in multiple myeloma patients remained below those observed in healthy people.

Just more than a quarter of the multiple myeloma patients had no detectable antibodies after the standard two doses of the vaccine, but in these patients, 88 percent developed antibodies after a third dose. The third dose also resulted in a significant increase of other immune cells such as T cells and B cells, which also help neutralize COVID-19.

After the third dose, neutralization of the wild-type virus increased in multiple myeloma patients in patients who had minimal or no response to the standard two doses. However, neutralizing titers against the Omicron variant was still lower in myeloma patients as compared to healthy controls. Therefore, a subset of patients may still remain vulnerable to SARS-CoV-2 infection.