‘They told me my brain was mush’: EEE virus survivor’s harrowing ordeal

Kaylee Hardenbrook is one of the fortunate ones. Five years ago, the 31-year-old mother of two went to the emergency room with flu-like symptoms. Doctors sent her home, and her symptoms worsened. Within days, Hardenbrook suffered a seizure and went into a coma.

When she awoke, doctors told her to make arrangements to say goodbye to her children. “They said my brain was mush, basically,” Hardenbrook said.

The culprit, it turned out, was a rare mosquito-transmitted disease called Eastern equine encephalitis (EEE), which crops up every year in clusters along the Eastern Seaboard, Great Lakes and Gulf Coast regions.

Hardenbrook, who is from Paw Paw, Michigan, which abuts one of the state’s many lakes, had never heard of EEE prior to being diagnosed with it.

“It wasn’t talked about in my area,” she said. 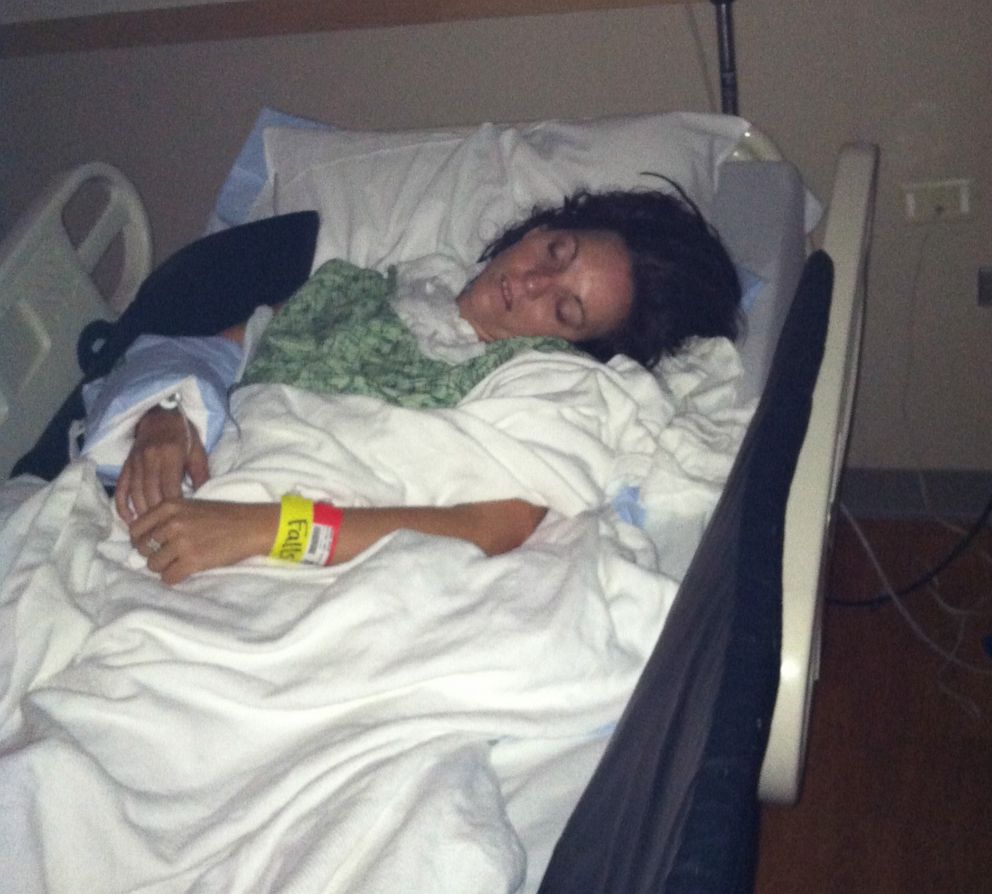 That’s starting to change. While EEE typically infects about seven people annually, there have been 28 cases recorded so far this year, including 10 cases in Massachusetts and eight in Michigan, according to the Centers for Disease Control and Prevention. Nine people have died.

Those numbers make 2019 the worst year for EEE in decades — the CDC didn’t start tracking the disease until the early 1960s — with a previous peak of 21 cases in 2005.

Marc Fischer, an epidemiologist in the CDC’s arboviral disease branch, stressed that it’s premature to say that the threat of EEE in the United States is growing.

EEE occurs cyclically in affected regions, with two to three years of intensive activity, followed by a prolonged period of subsiding infections.

“This is typical,” he said of the fluctuation in cases from year to year. “It is just a single high year. There’s no evidence that we’re seeing a longer-term trend.”

Compared to other mosquito-transmitted diseases, like West Nile disease, EEE is incredibly rare. As of late September, there were 543 cases of West Nile disease reported to the CDC in 2019.

That’s not to say EEE isn’t concerning. While uncommon, it’s among the most fatal mosquito-borne infections in the U.S. “It’s a serious disease,” Fischer said.

Roughly 30% of people who develop the disease will die of the infection and many survivors will experience neurological problems, such as seizures, intellectual impairment and personality disorders. Crucially, that doesn’t mean that one in three people who are bitten by an infected mosquito will develop symptoms. Only 5% of those bitten by infected mosquitoes develop severe neurological conditions that can lead to death. 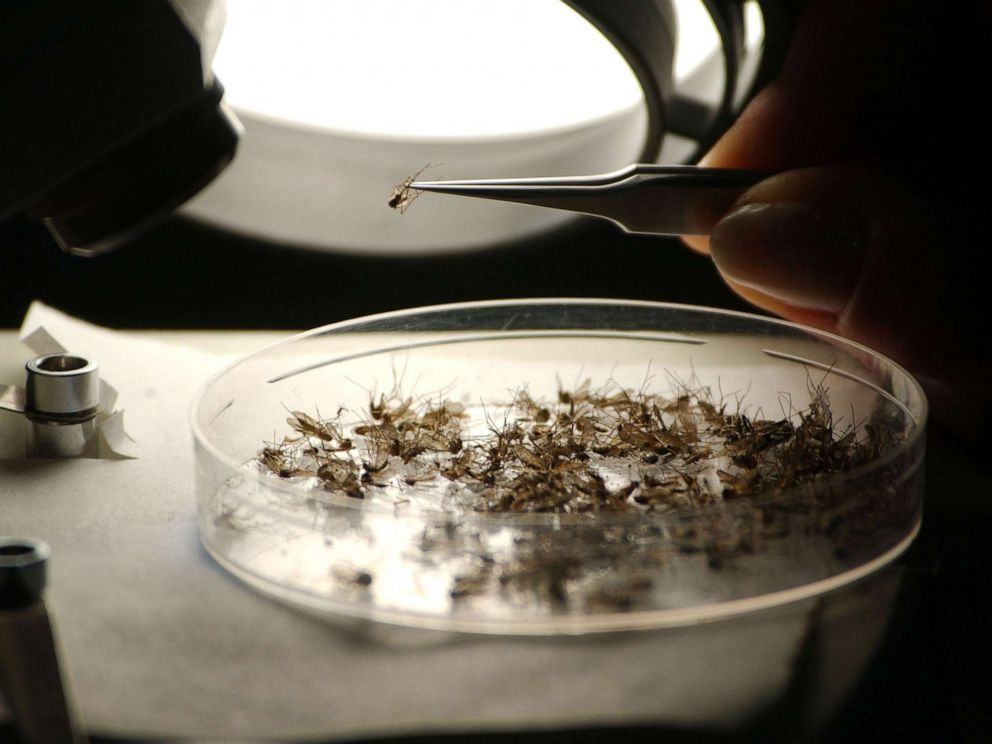 Hardenbrook was among that 5%. She developed meningitis and was temporarily paralyzed. She had to relearn to walk and to use the bathroom. But today, other than minimal memory loss, she’s made a full recovery.

“I want to let people know that there’s still hope,” she said about coming back from EEE against the odds. “I’m very lucky.”

Part of the fervor surrounding EEE could be the combination of high fatality rates and the severe and permanent health problems many survivors sustain. In comparison, West Nile mostly affects people who are older than 60, explained Scott Weaver, a virologist at the University of Texas Medical Branch.

“I think these factors have an emotional impact and cause greater fear,” Weaver said.

The reasons behind this year’s uptick are complex.

Changes in bird and mosquito populations, weather factors like warmer, wetter conditions and human behavior, like spending time outdoors without mosquito protection, all play a role in infection levels. Increased surveillance and diagnosis can contribute to an uptick of confirmed EEE cases, too. If more people are aware of a disease threat in a given year, they’re more likely to get tested and diagnosed, Fischer explained.

This year’s spike in infections also prompted researchers to question whether the virus is evolving and becoming more dangerous.

Catherine Brown and her team at the Massachusetts Bureau of Infectious Disease and Laboratory Sciences genetically analyzed two decades of EEE virus data. The researchers found that the virus evolved in Florida, which could lead to new and potentially stronger strains in the Northeast.

Edward Walker, a professor at Michigan State University in the Department of Entomology, attributes increased EEE cases to older mosquitoes. As mosquitoes age, the likelihood of acquiring an infection from a diseased animal and transmitting that infection to humans increases, because those mosquitoes have taken more blood meals throughout their lifespans.

Waiting for the first big frost

The good news for states like Michigan and Massachusetts, which have shouldered the brunt of this year’s EEE cases, is that the virus’s seasonal window for transmission is coming to a close.

“As we move into fall and temperatures cool down, we expect the number of human cases to decrease,” Fischer said.

Weaver noted that the first hard freeze, typically around mid-October in the Northeast, tends to kill off a good portion of the adult mosquito population. 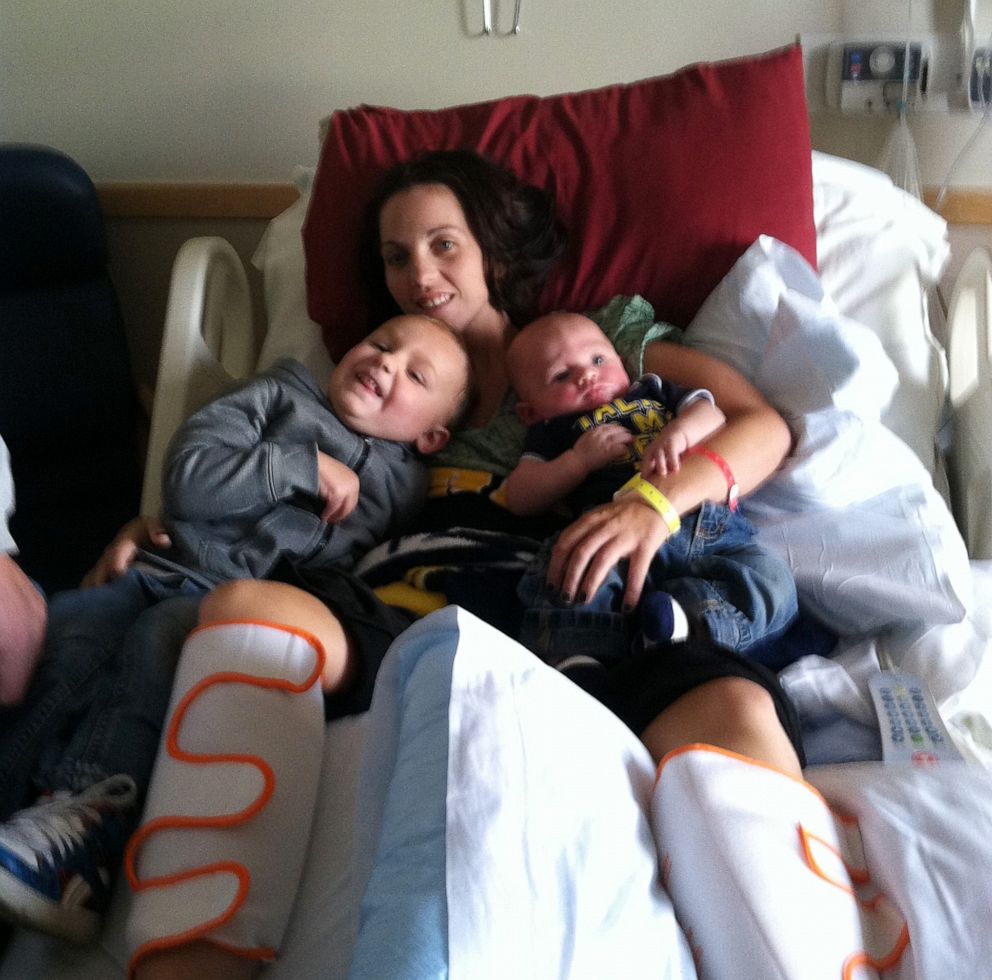 Since EEE tends to affect specific areas, it’s more important for people in those states and regions to heed the recommendations than it is for those outside the traditional disease zone. In Michigan and in Connecticut, where two people have died of EEE this year, schools are adjusting outdoor sports schedules to avoid exposing players to mosquitoes at dusk.

Hardenbrook’s husband, who is an avid hunter, always takes mosquito protection precautions when he’s in the woods these days. But for the last couple of years, he hasn’t gone out on opening day at all.

“It’s been so warm,” Hardenbrook explained.

In addition to protecting against mosquito bites, Walker is in favor of mosquito control efforts, including aerial spraying in areas where EEE positive mosquitoes have been detected. Several affected areas across the Northeast are now considering the process.

Experts are split on whether climate change is making things worse

While the virus is difficult to study because of its sporadic nature, Theodore Andreadis, director of the Connecticut Agricultural Experiment Station and head of the Center for Vector Biology & Zoonotic Diseases, believes that climate change could be tied to increasing EEE occurrence.

He notes that climate ecological models project longer summers and milder winters, which can lead to overwintering, which is when a mosquito survives the winter, allowing the virus to survive, too.

“Until 2003, cases in the Northeast had been very sporadic,” Andreadis said. “Now, we have been seeing more recent outbreaks in regions where EEE has not been detected before. We do know that the virus persists for a couple of years and the strain fades out.”

Fischer, the CDC epidemiologist, said there was no way to link climate change to this year’s disease spike.