Their Mothers Chose Donor Sperm. The Doctors Used Their Own.

Growing up in Nacogdoches, Tex., Eve Wiley learned at age 16 that she had been conceived through artificial insemination with donor sperm.

Her mother, Margo Williams, now 65, had sought help from Dr. Kim McMorries, telling him that her husband was infertile. She asked the doctor to locate a sperm donor. He told Mrs. Williams that he had found one through a sperm bank in California.

Mrs. Williams gave birth to a daughter, Eve. Now 32, Mrs. Wiley is a stay-at-home mother in Dallas. In 2017 and 2018, like tens of millions of Americans, she took consumer DNA tests.

The results? Her biological father was not a sperm donor in California, as she had been told — Dr. McMorries was. The news left Ms. Wiley reeling.

“You build your whole life on your genetic identity, and that’s the foundation,” Ms. Wiley said. “But when those bottom bricks have been removed or altered, it can be devastating.”

Through his attorney and the staff at his office, Dr. McMorries declined to comment.

With the advent of widespread consumer DNA testing, instances in which fertility specialists decades ago secretly used their own sperm for artificial insemination have begun to surface with some regularity. Three states have now passed laws criminalizing this conduct, including Texas, which now defines it as a form of sexual assault.

Dr. Jody Madeira, a law professor at Indiana University, is following more than 20 cases in the United States and abroad. They have occurred in a dozen states, including Connecticut, Vermont, Idaho, Utah and Nevada, she said, as well as in England, South Africa, Germany and the Netherlands.

According to the Dutch Donor Child Foundation, DNA testing has confirmed that a fertility specialist, Dr. Jan Karbaat, fathered 56 children, born to women who visited his clinic outside Rotterdam. Dutch authorities closed his practice in 2009, and he died in April 2017 at age 89.

An attorney for Dr. Karbaat’s family said they had no comment on the allegations and emphasized that the cases are decades old.

“Thirty years ago, people looked at things in very different ways,” said J.P. Vandervoodt, a lawyer in Rotterdam. “Dr. Karbaat could have been an anonymous donor — we don’t know that. There was no registration system at the time.” 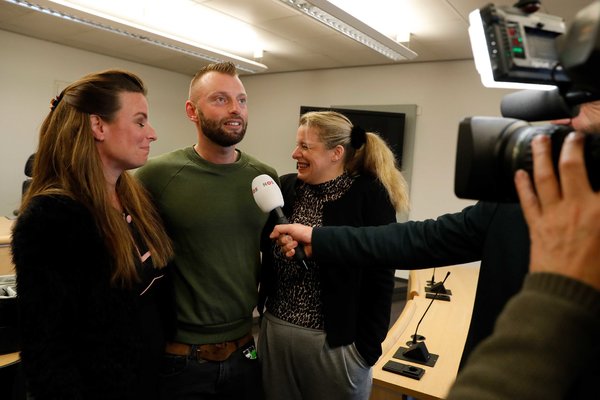 In June, the College of Physicians and Surgeons of Ontario revoked the license of a fertility specialist in Ottawa, Dr. Norman Barwin, 80, and reprimanded him for repeatedly using the wrong sperm — including his own — in artificial insemination procedures over decades.

The college found that he had inseminated at least 11 women with his own sperm. In addition, scores of donor children claim they were conceived with the wrong sperm at Dr. Barwin’s clinic, though not the doctor’s.

He told one woman that he had used his sperm to calibrate a clinic instrument and that this contamination explained her conception. The college called that unbelievable and his actions “beyond reprehensible.”

“His actions will continue to have repercussions for his patients and their families in perpetuity,” said Carolyn Silver, general counsel at the college.

Dr. Barwin and his lawyers did not return calls for comment.

In the past, patients had little reason to suspect fertility doctors to whom they had entrusted one of medicine’s most intimate tasks, said Dov Fox, a bioethicist at the University of San Diego and the author of “Birth Rights and Wrongs,” a book about technology and reproductive law.

“In a word, gross,” he said of the cases. “In a couple more: shocking, shameful. The number of doctors sounds less like a few bad apples and more like a generalized practice of deception, largely hidden until recently by a mix of low-tech and high stigma.”

Dr. Donald Cline, a fertility specialist in Indianapolis, used his own sperm to impregnate at least three dozen women in the 1970s and 1980s, according to state prosecutors. Based on DNA testing, 61 people now claim he is their biological father.

Dr. Cline, who retired in 2009, pleaded guilty to two felony obstruction of justice charges and admitted that he had lied to state investigators. He surrendered his medical license and was given a one-year suspended sentence.

Calls to Dr. Cline’s lawyer were not returned.

Prosecutors said they were not able to press for a tougher sentence for a simple reason: In Indiana, as in most states, there were no laws prohibiting this conduct.

In May, Indiana passed a law that makes using the wrong sperm a felony and gives victims the right to sue doctors for it. Patients may sidestep the statute of limitations in these cases, bringing legal action up to five years after the fraud is discovered, rather than after it took place.

That provision is significant to accusers, because those who discover the identity of their biological fathers in these cases are usually adults.

Cases of so-called fertility fraud have prompted other states to enact similar laws that allow patients and children to pursue legal remedies from so-called doctor daddies.

After discovering the identity of her biological father, Ms. Wiley pressed for a similar law in Texas, meeting with legislators to demand better accountability of what she saw to be a grossly unregulated industry.

In June, Texas passed its own fertility-fraud law, and it goes further than those in Indiana and California. If a health care provider uses human sperm, eggs or embryos from an unauthorized donor, the law identifies the crime as a sexual assault. Those found guilty must register as sex offenders.

The bill passed unanimously in the state Legislature.

“It was a very compelling story of deception, and we’re seeing more and more cases of assisted reproduction being used improperly,” Stephanie Klick, a Republican state representative and a sponsor of the bill, said of Ms. Wiley’s experience. “We need to make sure that what happened doesn’t happen again.”

Some experts believe the measure is extreme. “Sexual assault is a step too far,” said Judith Daar, dean of the Chase College of Law at Northern Kentucky University. “Using that language, and imposing the ramifications that assault imposes, is highly problematic and more harmful than helpful.”

The Texas law applies when a health care provider uses his own sperm or the sperm of a donor other than the one the patient selected. But could a doctor or clinic nurse be convicted of sexual assault if the wrong sperm were provided in a mix-up?

“If a physician is rushed and inattentive, and grabs the wrong vial, a jury might find that the physician knew or should have known that the material was not what the patient selected,” said Ms. Daar, who leads the ethics committee of the American Society for Reproductive Medicine.

If a simple mix-up could result in conviction as a sexual predator, she fears fertility doctors in Texas may stop practicing.

Ms. Klick, the Texas legislator and a nurse, believes that this form of deception does constitute assault.

“There’s a physical aspect to it — there is a medical device that is being used to penetrate these women to deliver the genetic material,” she said. “I equate it with rape, because there’s no consent.”

“It’s creepy,” she added. “It violates so many different boundaries on a professional level.”

A few years ago, Marenda Tucker, 36, took a DNA test to find out more about her heritage.

Ms. Tucker, a mother of four, who lives in Oregon, knew that she had been born through sperm donation. According to her mother, the doctor said he had used an anonymous sperm donor from the South.

The DNA test matched her to relatives of the doctor himself. “Once I had the matches, I realized it was the doctor, and I was like, yuck, gross,” she said. “When I talked to my mom about it, she felt violated.”

“Until now, I’ve been able to handle what life has thrown at me,” she added. “But this was this weird identity crisis.”

Reached by phone by a reporter at his home in Little Rock, Ark., with questions about Ms. Tucker’s conception, the retired physician, Dr. Gary Don Davis, said: “Well, that’s surprising. Let me check on that. Goodbye.”

Further attempts to reach him were unsuccessful, and he died in June.

Why would doctors secretly substitute their sperm for that of a donor, or even a husband?

Dr. Madeira, the law professor who has been tracking many of these cases, said that some specialists may simply have thought it was smart business. Frozen sperm was not the recommended medical standard until the late 1980s, and many physicians may not have had ready access to sperm when patients sought help.

“They could have self-justified their malfeasance in an era of ‘doctor knows best,’” Dr. Madeira said. “In their minds, they may just have been helping their patients by increasing their chances of getting pregnant with fresh sperm for higher fertilization rates.”

But others, she speculated, may have had darker motivations. “I would bet a lot of these doctors had power reasons for doing this — mental health issues, narcissistic issues — or maybe they were attracted to certain women,” she said.

Confronted with the test results, Dr. McMorries acknowledged in a letter to Ms. Wiley that he had mixed his sperm with that of other donors in order to improve her mother’s chances of conception. Laws regarding “donor anonymity” prevented him from telling her, he wrote.

“The thinking at that time was that if the patient got pregnant, there was no way to know which sperm affected the conception,” he wrote.

Before the doctor’s confession, Ms. Wiley believed she had already found the man who donated the sperm from which she was conceived: Steve Scholl, now 65, a writer and publisher in Los Angeles.

“We started this beautiful father-daughter relationship — he officiated at my wedding,” she said. “My kids call him Poppa.”

After learning the truth, she told Mr. Scholl that she wasn’t his biological daughter. He was stunned.

“It took me a while to process,” he recalled in an interview. “We felt so much like we’d found each other. We didn’t know how the reproductive industry worked. But very quickly, we both decided not to let this change anything for us.” 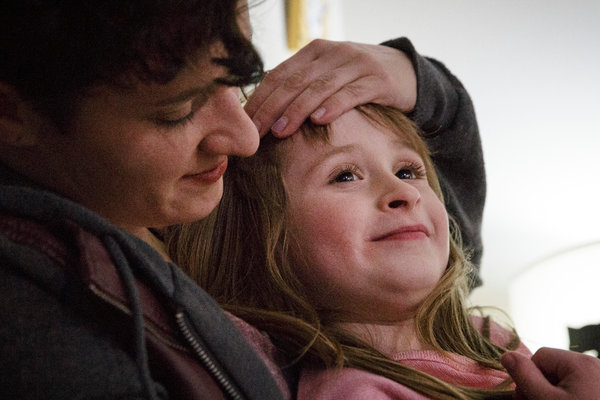 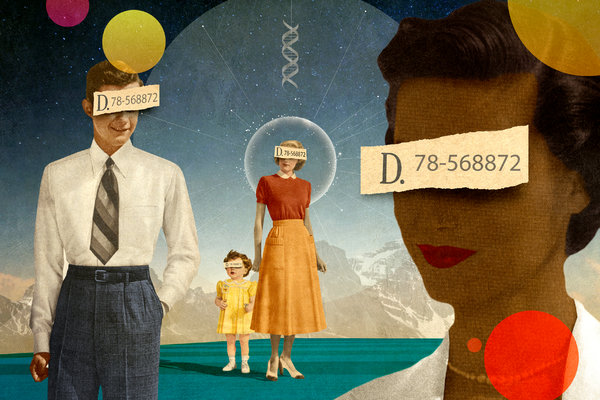 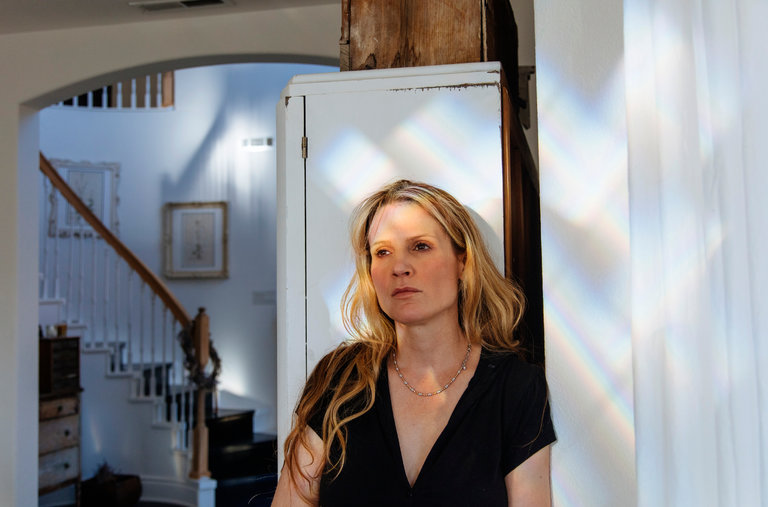