Their Children Were Conceived With Donated Sperm. It Was the Wrong Sperm.

Seventeen years ago, when she was in her thirties, Cindy and her female partner decided they wanted to have children.

The couple spent hours pouring over sperm donor profiles, finally settling on an anonymous man with a clean medical record and few health issues in his family. He was an anonymous donor, and they knew him only by his identifying number.

Cindy gave birth to a healthy baby boy. Eventually the couple used the same donor to conceive again — and soon enough they were raising two boys.

When they were older, the boys found some of their half-siblings by entering the sperm donor’s number into an online database. Eventually the parents of the half-siblings decided to have them all take DNA tests.

The results were not what anyone expected: Cindy’s boys were not related to the other children. As it turned out, the sperm bank had sold her sperm not from the man she had carefully selected, but from a completely different donor.

“I felt like they tainted the gene pool for my kids,” Cindy said of the sperm bank. (She asked that her full name be withheld to protect the privacy of her children.)

“I didn’t choose someone who has a history of brain cancer in the family. I would never have chosen this donor. They should be ashamed to even have this donor on the website.”

There are no national statistics on the number of children born through artificial insemination each year, although some experts have estimated the number may be as high as 60,000. And no one tracks the number of people who find that the sperm they purchased is not from the donor they chose.

But in the age of consumer DNA testing, the anecdotes are piling up. Increasing numbers of parents, or sometimes their donor-conceived children, are discovering that the wrong sperm was provided by a sperm bank or fertility clinic often decades after the fact.

The constant trickle of cases is raising tough questions about whether sperm banks and fertility clinics ought to be better regulated.

“These stories are extraordinarily heart-wrenching and really challenging for the law,” said Dov Fox, director of the Center for Health Law Policy and Bioethics at the University of San Diego. “They’re also far more common than we know.”

“Sperm banks are very lightly regulated, and these kinds of switches or mix-ups aren’t altogether unforeseeable when you learn of the number of sperm banks using outdated methods of labeling specimens, such as pen and paper,” he added.

Melissa, a single mother in Massachusetts, discovered that she’d been given the wrong sperm by Repro Lab Inc., a fertility clinic in New York City, when her 21-year-old daughter took a DNA test.

She was matched to a half-sibling who knew the donor number of the anonymous man. It was not the donor her mother had chosen at the clinic decades earlier.

“I’d been given the wrong donor, and there’s no way I would have found out unless my daughter took a DNA test,” said Melissa, who asked that her full name be withheld to protect the privacy of her daughter.

“You don’t know what you inherited — you could stack the deck against your own child unwittingly,” she continued. “It’s not the same as rape. You’re having a medical procedure. But you’re putting this stuff into your body, and I felt physically violated.”

Awilda Grillo, president of Repro Lab, said that the sperm that Melissa was given 25 years ago was not collected by the company, but came from a bank in California.

“We didn’t package the sample,” Ms. Grillo said. “We gave her what she ordered.”

Melissa filed a 40-page complaint against Repro Lab with the New York State Department of Health. But the department’s only finding against the lab was poor record keeping.

There are few legal remedies for parents who receive the wrong sperm, Melissa learned.

“I wasn’t interested in trying to sue, because I love my daughter,” she said. “Also, I’d have to sue for wrongful birth, and if there is no health issue involved, then there’s no wrongdoing on their part.”

Jennifer Cramblett of Uniontown, Ohio, filed suit against Midwest Sperm Bank in 2014, in the Chicago area, after learning that she and her female partner had mistakenly been given sperm from the wrong donor.

Indeed, the couple’s child was clearly biracial, although the donor they’d selected was white. Sperm vial numbers at the bank were written in pen and ink, and the facility’s records were not computerized, the suit claimed.

But the judge threw out the case, saying it was not a “wrongful birth” because Ms. Cramblett’s child had no health problems. 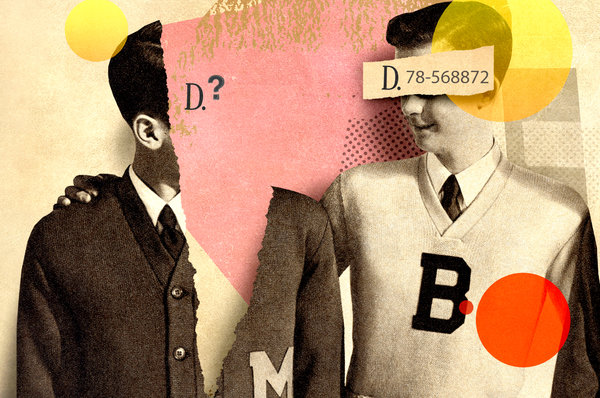 While clients like her may believe that getting the wrong sperm is fraud, courts have long maintained that there is no injury if the child is healthy.

“A court could say, you didn’t get the donor you wanted, but how can you say that you’re worse off? How do you know that one donor is better than the other?” said Sonia Suter, a law professor at George Washington University who specializes in bioethics and health policy.

“There isn’t a legal mechanism here to address what seems to be a clear wrong,” she added. “The problem is there’s very little regulation. There’s a potential breach of contract if you say you weren’t given the sperm you wanted, but it may be hard to prove.”

Ms. Suter said that some industry observers believe a separate branch of the Food and Drug Administration should regulate the fertility industry, including sperm banks.

“Are they doing what they’re supposed to do? Are they providing the product they promise?” Ms. Suter asked. “These are human beings that they’re dealing with. They may be buying and selling, but this is much more than a car and it has a huge impact.”

While the F.D.A. does regulate reproductive tissue (such as sperm and eggs), its authority is limited to preventing the transmission of communicable diseases, such as AIDS and hepatitis.

It does not regulate the donor selection process, other than ensuring that basic eligibility requirements relating to health or age are met, said Stephanie Caccomo, a spokeswoman for the agency.

Dr. Louise P. King, an ethicist at the Center for Bioethics at Harvard University, said that when clinics make mistakes, anyone who believes they were given the wrong sperm should contact the American Society for Reproductive Medicine or the F.D.A. so that it can be investigated.

“They have a duty to find out what led to this and to prevent it from happening in the future,” she said.

Still, the A.S.R.M. is a professional organization that only suggests guidelines for sperm banks, doctors and clinics — and does not regulate them.

Legal changes may be coming, prompted in part by a profoundly disturbing case.

In the 1970s and 1980s, a fertility doctor in Indianapolis used his own sperm, rather than a husband’s sperm or that of an anonymous donor, to impregnate at least 46 women.

Dr. Donald Cline pleaded guilty to two felony obstruction of justice charges and admitted that he lied to state investigators about using his own sperm to inseminate patients. He surrendered his medical license and was given a one-year suspended sentence.

State prosecutors said they weren’t able to press for a tougher sentence because there were no state laws prohibiting this conduct.

Sixty people now believe this former doctor is their biological father, based on DNA testing. Matt White, 36, of Indianapolis, discovered that he was related to Dr. Cline after reading a news article about the case.

He immediately realized that the clinic was the one his mother had used to become pregnant.

“I can’t believe that someone, let alone a trusted professional doctor who would give off this gleaming persona, would habitually violate that most intimate experience in a woman’s life, having a child,” he said.

Mr. White and some of his recently discovered half-siblings pushed to make “fertility fraud” a felony in Indiana. The measure was signed into law by the governor earlier this month.

The law covers cases of deception that involve a medical procedure, drug or human reproductive material, such as sperm, eggs or embryos. A conviction is punishable by six months to 2 1/2 years in prison, with a fine of up to $10,000.

The law makes Indiana one of the few states to regulate donor conception. In 2016, California passed a law that offers some protections to families having children through assisted reproduction.

But Dr. Fox, the law professor, thinks the laws should go further. He has proposed a new concept: “confounded procreation.” Courts would recognize the loss when reproductive choices are confounded, or compromised, by the negligence or wrongdoing of others.

In an early test of this concept, the Supreme Court of Singapore in 2017 heard a case involving sperm that was accidentally switched by a fertility clinic, resulting in a couple having a child of mixed race.

The court described a new kind of loss — a loss of “genetic affinity” — and awarded the couple 30 percent of the costs of raising the child, about $233,000.

Dr. Fox believes that this kind of legal action in American courts could helped aggrieved clients fight a litany of actions and inaction committed by clinics — failing to test sperm donors for serious and highly heritable conditions, for example, or neglecting reliable methods to label sperm samples.

“There’s a whole constellation of sloppy practices that have resulted in prospective parents getting children who have half of their DNA coming from people that aren’t anything like what they were told,” Dr. Fox said.