The ticking time-bomb of diabetes 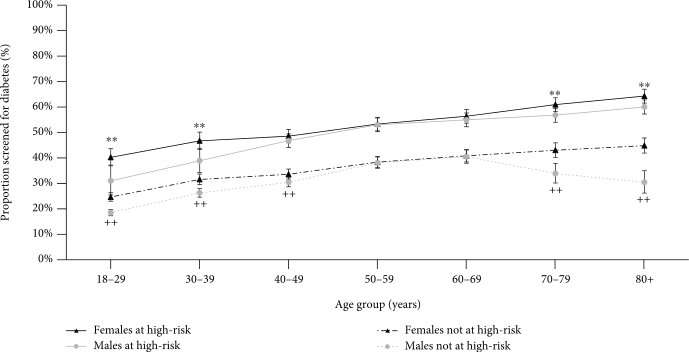 University of Adelaide researchers have warned that too many people are either unknowingly living with diabetes, at significant risk of developing the life-threatening condition, or simply ignoring the obvious warning signs—and may be setting themselves up for serious and debilitating illness down the track.

Those who are overweight or obese and aged 40 years or older; have a history of pre-diabetes, heart attack or stroke; those taking antipsychotic medications, and women who’ve had gestational diabetes or polycystic ovary syndrome are all at higher risk of developing type 2 diabetes as these conditions can have severe effects on their blood glucose levels.

The Royal Australian College of General Practitioners’ guidelines suggests those people should have their blood-sugar levels tested regularly by their doctor.

Globally, it is estimated that one in every two people living with diabetes is unaware of the condition, which can be likened to a ticking medical time-bomb that can lead to all kinds of other complications.

Considering that early detection is crucial to prevent complications, researchers from the University of Adelaide investigated more than 1.5 million adult patients attending 544 general practices across Australia to identify whether they’d been tested for diabetes.

According to Associate Professor David Gonzalez, the coordinator of the study, Australia has experienced an alarming increase in the proportion of people with diabetes over the past few decades.

He adds: “There is also a group of people with the disease who have not been diagnosed, so we need to explore whether people are being tested when visiting their GP.”

The large study, published in the Journal of Diabetes Research, found that eight out of 100 patients came away with a diagnosis of diabetes (type 1 or type 2).

Meanwhile, one in 100 patients were found to have pre-diabetes (in which blood glucose levels are higher than normal but not high enough to diagnose diabetes itself).

Only half of patients at high risk of diabetes were screened between 2016 and 2018. Among those with pre-diabetes, approximately one third would likely go on to develop diabetes unless they engaged in appropriate control measures and, crucially, implemented sustained lifestyle changes.

“Alarmingly, less than a third of people who use antipsychotic medicines have been screened, while they are recommended to be tested every year,” Associate Professor Gonzalez cautions.

The study also found that middle-aged men (those aged 40-69 years) were less likely to have been tested—possibly because they tended to make fewer visits to their GPs.

The researchers concluded that more people with diabetes would be diagnosed if those at high risk were regularly screened.

“If you are 40 years or older, overweight or with obesity, have a history of pre-diabetes, heart attack or stroke, take antipsychotic medications, have had gestational diabetes or polycystic ovary syndrome, talk to your usual GP today about getting screened for diabetes,” Associate Professor Gonzalez says.