The psychology of a loss of place: When we demolish socially significant places, we demolish part of who we are 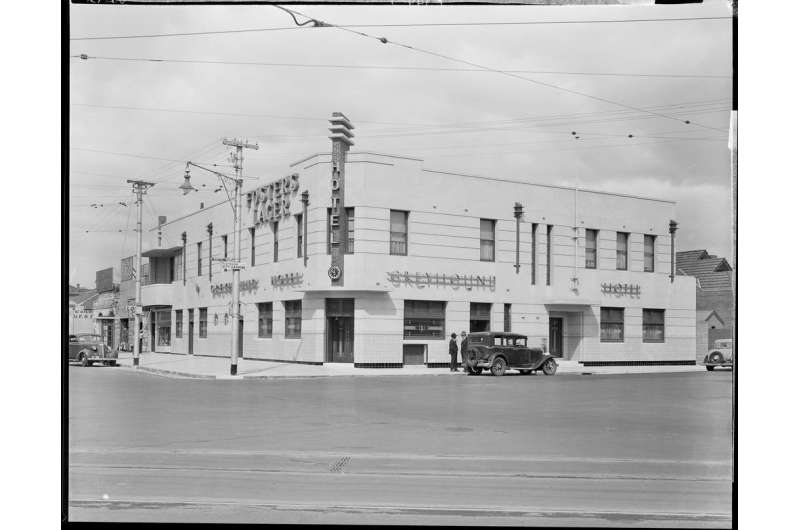 The John Curtin Hotel in Carlton, another of Melbourne’s cultural landmarks, is set to close. Nearly 150 years old, the pub has long been a haunt of the union movement, Labor leaders, detectives, journalists and the live music scene.

The building will probably be sold to overseas property developers. While the building has some degree of heritage protection, there appears to be nothing to prevent developers from gutting the interior, keeping the façade and then building a further six stories on top of the lobotomised carapace.

There’s no requirement that this site continues to provide a community setting for people to build social ties, both strong and weak.

Once again, Australian planning systems are set to fail the individual and collective identities and biographies of those who live here, and those who came before us.

Once again, residents of a colonial Australian city are experiencing what First Nations, other colonized peoples, asylum seekers and climate refugees have long known: when we are forced to leave a loved place, or when that place changes beyond our control, we experience loss and grief, and our individual and collective identities can be wounded.

Social psychologist Irwin Altman said the loss of buildings and places where we have lived our lives and built community can feel like the loss of a personal relationship which we expected to last indefinitely. Our experience of a change in a place is “both a serious environmental issue and a deeply personal one.”

In Returning to Nothing: the meaning of lost places (1996), historian Peter Read challenged us to not “underestimate the effect which the loss of dead and dying places has on our own self-identity, mental well-being and sense of belonging.”

Read pointed out that, unlike the English language, there’s a word in Spanish, destierra, which describes the psychological trauma of being uprooted, displaced or dispossessed from a loved place.

Our colonial planning laws, which are steeped in the tradition of terra nullius, give very limited weight to the personal and collective emotions and identities of those who seek to preserve the links between threatened buildings, places and spaces, and their own biographies, ongoing Indigenous presence and community identity.

With its focus on healthy, liveable neighborhoods, the Victorian government’s Plan Melbourne has sought to build on the legacy of Melbourne’s claim to be the world’s most liveable city.

But liveable places also welcome us. They make it easy for us to feel like we belong and to experience a sense of community.

The built environment is far more than a backdrop to our lives. Environmental economist and planner Michael Jacobs said “People do not simply look out over a landscape and say, ‘this belongs to me.” They say, “I belong to this'”.

Our overtly formal and “rational” planning and heritage laws typically assess the value of buildings and places on their architectural merit alone, rather than how these places and spaces serve as repositories of cultural memory and settings for building community.

The loss of The Greyhound

While the John Curtin Hotel has never been one of my tribal haunts, its significance resonates.

In 1996, I moved to Melbourne to study. I found a flat in Balaclava, and immediately felt at home. The urban form provided a sense of intimacy that I’d never experienced living elsewhere in Australia.

One of my favorite St Kilda haunts was the Greyhound Hotel.

This raffish, Victorian/art-deco pile had served as a community meeting place for local LGBTQ+ residents and other locals for almost 100 years.

The hotel, and nearby St Kilda Town Hall, each on opposite sides of Brighton Road, served as a symbolic gateway to my local neighborhood. The Greyhound certainly wasn’t a fancy building, but it was quirky. For 160 years, it had been a vital “third place” for building community: a space we gather in away from home and work.

The Greyhound was integral to the character of the local neighborhood, and to people’s individual and collective stories.

Despite its acknowledged social significance and a community petition, neither local heritage laws nor the State Planning Minister would protect the Greyhound Hotel from destruction in 2017 by the international consortium that had bought it.

Because the original Victorian hotel had been remodeled extensively in the 1930s, the council indicated that it could not include the building on its “historic” register, which apparently only recognizes buildings that remain largely unchanged. Think about all the historic buildings in Europe that have evolved continuously over the centuries.

Locals mourned the Greyhound’s destruction and took home bricks as mementos. Several years following the hotel’s demolition, the site remains an empty scar: there’s no history there at all. Even now I try to avoid going near it.